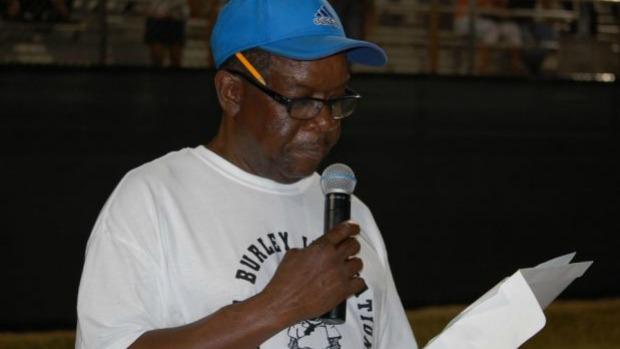 Coach Sam Burley has been a staple in the South Florida track & field scene since 1980 when his coaching career began at Miami Southridge Senior High School. During that time Coach Burley achieved many state championships, coach of the year recognition's, and helped propel many athletes to college and beyond. Find out more about the man behind the Sam Burley Hall of Fame Invitational.

Coach Sam Burley has been a staple in the South Florida track & field scene since 1980 when his coaching career began at Miami Southridge Senior High School. During that time Coach Burley achieved many state championships, coach of the year recognition's, and helped propel many athletes to college and beyond. Coach Herman Jackson, who started the program at Miami Southridge and was the boys coach at the time, sought out Sam to take over the girl's squad. The year before Burley took over the girls track & field program the team went 0-22, with only two girls on the 27 member team having scored at the district. The newly hired coach told his school's administration, after kicking the non-scoring 25 members off the team, that 'if they didn't perform better, they wouldn't have to remove him because he would resign'. Little did they realize the 'Ridge was about to become a track & field powerhouse.

At Southridge the goal was not just to make it to state, but to compete at state against the best. That goal was soon realized as the team achieved their first top ten state finish just two years after Coach Burley took over. His track & field teams achieved that top ten state finish feat an outstanding 24 times during his career, and twice more during cross country season. One notable feature of the Southridge girl's teams was that they were always known to be extremely well rounded across all event areas, particularly in the field events. Much of the time his squad would have the meets just about wrapped up before the running events even began. During his 38 years tenure Coach Burley's dual meet record was and outstanding 647-6 overall and the Southridge girls picked up an amazing 202 invitational meet victories. His team's championship records were just as impressive and include 20 GMAC (Conference) Championships, 28 District Championships, 18 Regional Championships, 6 FHSAA State Runners-up ('93, '94, '95, '96, '06, '07), and 6 FHSAA State Championships ('92, '98, '00, '00, '02, '03, '08) which is tied for sixth on the all-time list.

Coach Burley's first truly elite level athlete was Elaine Mitchell, whose performance in the 100-yard hurdles at the FHSAA State Finals tied the state meet record with a time of 14.0. And while she was the first big name, she was not the last Spartan that would leave their competitive mark and records for years to come. Two other elite hurdlers, Latonya Wooden and Yolanda McCray, both earned three consecutive state championships in the 100m hurdles and 300m hurdles respectively during the early 90s. During the early 2000s, three other Southridge athletes actually doubled those individual state championships with six a piece. Akera Lathan dominated the throws earning three titles in shot put and three and discus, only to be followed up after her graduation by Zakeya Stinson who picked up four titles in shot put and two in discus. And in the twilight of Burley's coaching career was Ebony Eutsey, a world level junior 400m sprinter who swept that event all four years of her high school career and who also picked up two more 200m individual state titles as well. All in all his girls picked up more than 50 individual or relay state championships.

By the time Coach Burley's coaching career had wrapped up, he had earned numerous accolades from various organizations over the years. Some of his 'coach of the year' highlights include: being a multiple time Florida Dairy Farmers' State Coach of the Year and multiple time Dade County Miami News High School Track & Field Coach of the Year. In 1988, he also received the National High School Coaching Award from Scholastic Coach Magazine. Some of his 'hall of fame' awards include: the Greater Miami Chamber of Commerce Sports Halls of Champions, the Bob Hayes Relays Invitational Hall of Fame, the Florida High School Athletic Association Hall of Fame, the Florida Athletic Coaches Association Hall of Fame, and the Florida Track Association Hall of Fame, all of which played a part in inspiring him to establish his Sam Burley Hall of Fame Track & Field Invitational. Although those recognitions are exceptional, it could be argued that Coach Burley's biggest accomplishment was helping 138 athletes earn over 3 million dollars worth of scholarships collectively to continue their education at the collegiate level. 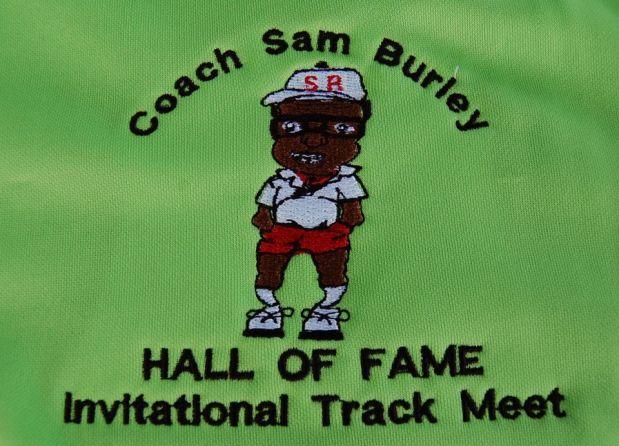 Beyond coaching, Burley has given back more than his fair share to the track & field community. Coach truly understood the importance of helping a sport grow requires participation in all fashions of that sport, including areas such as officiating and event hosting. To date Coach Burley has put in more than 35 years of service for organizations such as the GMAC, USATF, and AAU as a meet official. As a meet director, he has hosted dozens of competitions in both cross country and track & field, particularly for the middle school circuit. Previously called the Spartan MS invitational, his meets are now named after his Coach Sam Burley Foundation which helps promote concepts for youth athletes such as health through exercise and commitment to physical activity, leadership, team work, and dedication. The Sam Burley Foundation actually helped adopt and build the current track at Southridge Park right behind Southridge High School in 2007, which also led into the creation of his self-named invitational.

Between the creation of the foundation and being inducted into yet another hall of fame class, Coach Burley decided to establish his Sam Burley Hall of Fame Track & Field Invitational. Initially created as a way for the public schools, particularly those in southern Miami-Dade County, to showcase their talent, in just a couple of years the meet had blossomed into a much larger affair. Coach Burley says 'It feels great to have that kind of response' when individuals compare his meet to other major annual competitions such as the Bob Hayes or Louie Bing. He also says that his ultimate goal is 'to get national level exposure for kids', especially those in Miami-Dade County. Coach Burley welcomes teams from all over to come to his Hall of Fame Invitational which is set to always take place the first Saturday in March.

The meet is returning to the Tropical Park track and stadium which was overhauled and newly redone at the end of 2015. This year's competition should hold back no punches and is expected to wow the running community once again. Just as in other years, some of the highlights will include: individual trophies for all event winners, medals for all scorers in second through eighth places, 12 specialty trophies for top athletes including a 5' 10" trophy for the meet's most outstanding athlete, state champion Southridge alumni helping host the competition and passing out awards, the final event of the meet being the 100 meter dash to help keep the crowd excited all the way through the conclusion of the meet, and last but not least, Coach Burley himself on the microphone doing the play-by-play for some for many of the championship races.

The meet begins on Friday afternoon with the field events and concludes with the 4x800m relays. Saturday morning kicks off with the boys 3200m run followed by all of the running prelims. Saturday evening is when big races start and as Coach Burley will attest, 'the horses will be on the track!'