One of the top distance running programs in the state of Florida since its doors opened in 1999, Chiles High School has turned out multiple individual and team state titles in cross country and track & field.

Michael Phillips added his name to that list in the fall when he claimed the 2016 3A State Cross Country title. With a complete understanding of the programs' rich history, Phillips hopes to add additional chapters to the school and FHSAA record books.

A junior, Phillips transferred from Talawanda High School in Oxford, Ohio in the summer of 2015, just before his sophomore year. As a high school freshman, he posted personal-bests of 4:28 in the 1600 and 9:56 in the 3200 on the track, while also excelling in ice hockey. 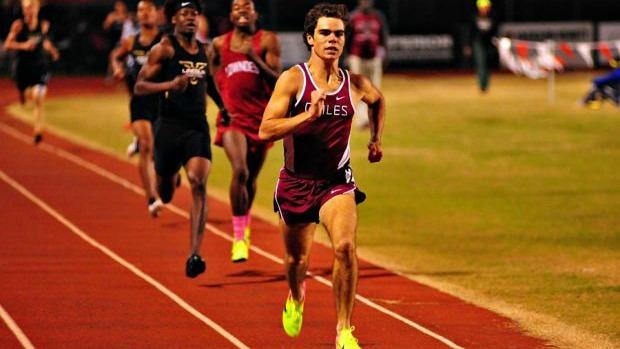 The move to Tallahassee came about when his mother, Kelly Phillips, was hired from the University of Miami (Ohio) as the Florida State women's cross country and distance coach. Michael and his sophomore brother, Connor - also a member of the Chiles cross country and track & field teams - lived with their mother.

This past summer, their father Mike Phillips, was named Chiles' head cross country coach and track assistant, moving to Tallahassee from his post at Harrison High School in West Lafayette, Ind.

"Both of my parents stayed out of my training in Ohio, they just supported whatever sport that I wanted to participate in high school," Michael Phillips said, when asked about his parents' involvement in his running. 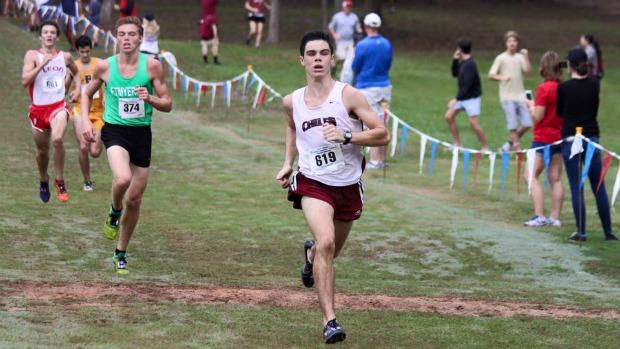 Moving and changing schools, is not always an easy transition, but Phillips feels quite comfortable in his new surroundings, some 760 miles south of Ohio.

"I loved Ohio but I also think that moving to Tallahassee has made me a better runner," Phillips said. "I also like the weather a lot more and the meets we run in are always very competitive."

Taking advantage of the warmer climate, Phillips had an immediate impact on the Chiles program, finishing seventh at the 2015 3A State Cross Country Championships and following it up with a runner-up finish in the 1600 at the 2016 3A State Track & Field Championships, where the Timberwolves won their third consecutive state team title. His first state individual title came last fall at Apalachee Regional Park, where Chiles finished second for the second consecutive year.

Back on the track this spring, Phillips ranks first in Florida, across all four classifications, in the 1600 following his personal-best 4:15.19 at the Bartram Trail Bear Classic.

That is one of several events Phillips has qualified for at this weekend's elite FSU Relays, which will be contested on the track which serves as his mother's work office. He has also met the qualifying standards for the 800, 3200 and with Chiles' 4x800 relay team.

"Luckily, there is no pressure with my mom as the FSU coach," Phillips said. "She supports me with any decision I decide to make, and lets me do my thing."