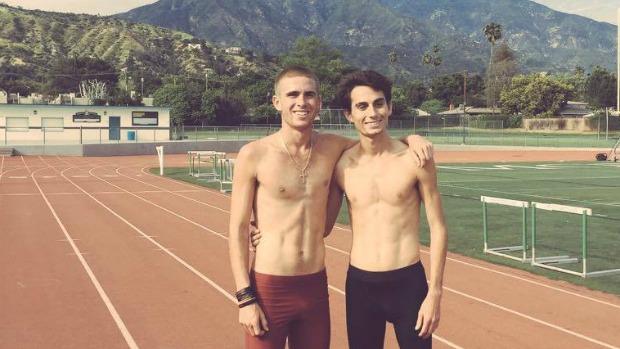 Several of Florida's top distance runners headed out west to California for the prestigious Arcadia Invitational. Caleb Pottorff, an FSU signee, was no stranger to the meet in sunny LA, finishing 11th in 9:11.85 in 2016. He says knowing he PR'd in that race by seven seconds was a driving factor for making the return trip.

"I knew it was going to be fast. My main plan was just to stay connected to the pack and let them pace me and hopefully come away with a PR," he explained.

Pottorff crossed through the first mile at 4:28 and was still toward the back, but knew he was right where he wanted to be."

The next few laps everyone start to push some so I just figured hang on to them and see what I have. I came to the last 800 and had to go under 2:17 in the last 800 to break nine minute," he said.

The Lincoln Park senior knew he had it and started to push a tad more. By the end of the race he looked up at the clock and saw he had just run an 11 second improvement from his previous best of 9:03.44 from FSU Relays to finish 15th in a field that saw 28 runners under 8:58.

"I actually shocked myself a lot. My main goal was 8:59 and 8"55 would have been great. Seeing 8:52 was a huge shock and just got me so pumped," said a happy Pottorff.

Pottorff's time is the third best all-time in the state of Florida according to historian Michael Warre. The 8:52.67 is behind Largo's Brett Hoffman's 8:49.91 converted two mile and Andres Arroyo's 8:51.47. It passes former Ocala Vanguard standout Steve Hassan who ran 8:52.75 at Arcadia back in 2003. 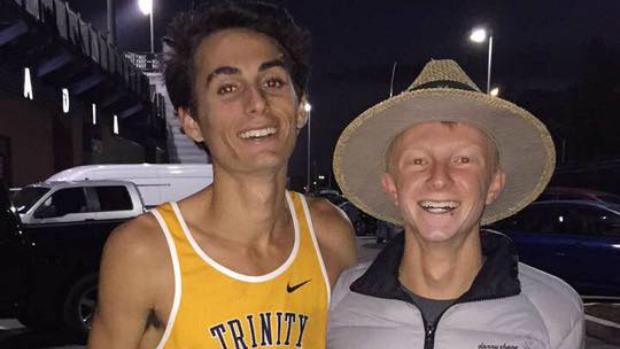 Fellow Floridian Trent Mandato, a senior at Trinity Prep, and Furman signee, competed in the seeded 3,200m run. Mandato headed out to LA on Thursday with his mom and explored the sites biking, eating, and exploring the Santa Monica Pier before arriving at the hotel in Arcadia.

"This was actually my first time in California and most parts of the trip were beautiful. It was really cool to be on the beach and also be so close to mountains. It was probably the first time I had run by the beach without chocking from humidity," he said.

Mandato had some familiar company in Southern California. Former teammate and good friend Chas Cook attends Cal Poly and he did a shakeout run with Pottorff. The rest of Friday was spend doing more sightseeing and eating some Mexican food before finally getting used to the time change on Saturday morning. That night he was in the seeded race with 39 other athletes in a race he described as hectic.

"The first lap went out exactly how I'd imagined it as I put myself in good position toward the front, and we went through in a 64. The next lap slowed up a ton and we hit a 72, but I just stayed calm and ready to roll. We ended up going through the mile in 4:35 high and the last mile I hit another 4:35 to finish in a 9:11. Overall, it was a great experience, especially since my boy Chas came down," he added. 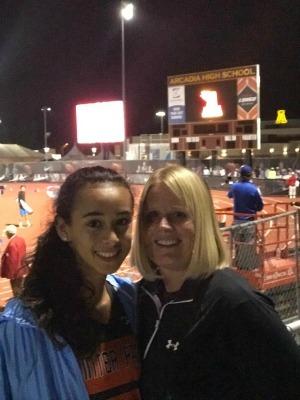 On the girl's side, Winter Park junior and Nike Nationals cross country finalist Rafaella Gibbons competed in the invitational 3,200m run. Gibbons placed 17th out of 36 runners in a FL#2 time of 10:36.04. The race was only the second time the 4A runner-up and 2015 state champion at this distance has competed in the event. Coach Kristin McWilliams was thrilled with her pupil's performance considering she had to fly across the country and compete against the nation's best at 11:32 (eastern time) the next night.

"She handled that challenge well. Her 75 second lap and kick from 200 m out and then again at the 100m bodes well for the state series. She looked super strong, confident and fast throughout and I am excited about the next month ahead," she said.