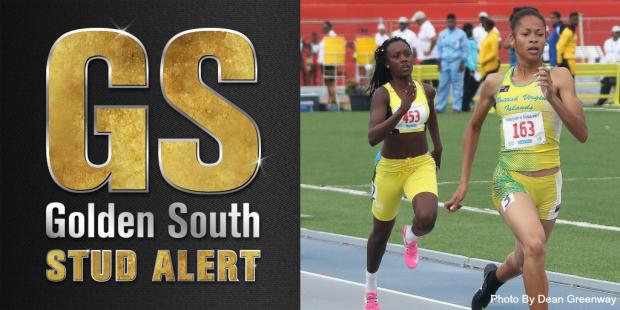 The best of the best are signing up for Flo Golden South and they aren't just coming from Florida and the surrounding states. Today's Stud Alert is Beyonce Defreitas, who hails from the British Virgin Island and is a part of the Sprint Tech Track Club making their way to Clermont.
Defreitas comes into Flo Golden South with a personal best of 55.20s, one of the fastest times in the field. She has the potential to run 54 low, but has been focusing on the 200m dash where she was 6th at the Carifta Games with a time of 23.98s. The BVI standout was part of the team's bronze medal U18 girls 4x4 at the 2016 Carifta Games and was fourth in the 200 then as well. Adding to her arsenal, she also is a threat in the 100m dash with a PR of 11.86s.
The Sprint Tech Track Club also boasts several other standouts. Joining Defreitas in the 400 will be Akrisa Eristee who has run 58.90s. Arianna Hayde is the U18 girls javelin bronze medalist and was sixth in the heptathlon with a BVI National Record of 4,197 points. She will compete in the high jump and long jump at Flo Golden South.
Two 49s boys quarter-milers in Rackeel Hill and Joshua Jack will also make the trip to Florida .Hill just missed out on the Carifta Games final in that event