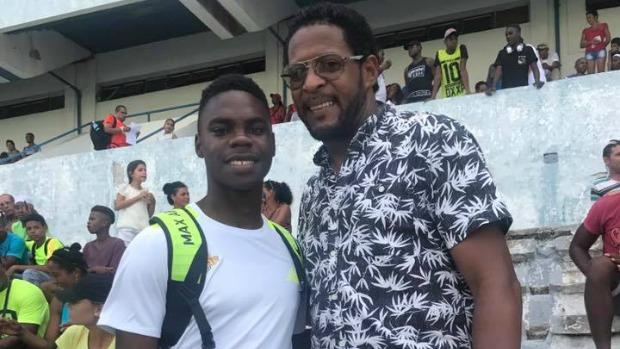 Four Florida athletes along with legendary Miami Northwestern coach Carmen Jackson made the trip to Cuba for the NSAF Caribbean Scholastic Invitational this past weekend.

She also competed in the 800m run where she clocked a new personal best of 2:09.57 to finish fifth.Gear capped off her time in Cuba as a member of the third place 4x400m relay team.

The 4x400m relay also included Miami Northwestern senior De'Andreah Young, the 2016 3A 300mH state champion and 2017 runner-up, was the third leg and had the second fastest split of the group with her time of 55.37.

In her main event, the hurdles, she was fourth in the 400m distance with a time of 59.94, just shy of her previous best of 58.84 where she was third at New Balance Nationals last year.

Tiara McMinn knows a thing or two about the hurdles. The University of Miami signee and reigning 2A state champion in both the 100m and 300m heights competed in the 100m hurdles in Havana. McMinn finished third in the finals with a PR of 13.67, a new state leader, and top twenty mark in the nation.

The Miami Jackson product also competed in the high jump, another event where she is a two time state champion. McMinn was third with a clearance of 5-7.

The lone Florida boy represented was Miami Northwestern senior Tiondre Toomer. The quarter-mile specialist was third in the semifinals with a time of 48.22, but finished 7th overall in the finals. Toomer, a Clemson signee and integral part of the Bulls 4x400m relay led off a quarter of himself, Jacory Patterson (GA), Kyle Garland (SC), and Brian Herron (GA) to a third place finish and time of 3:11.05.