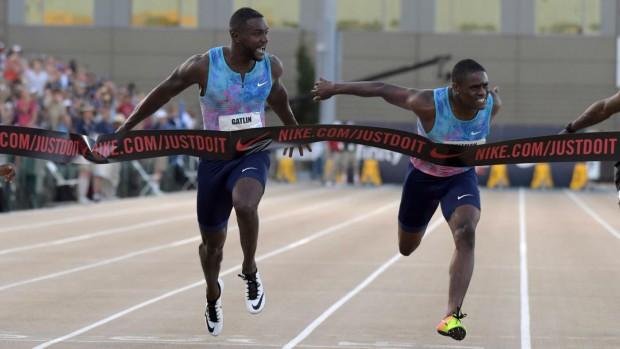 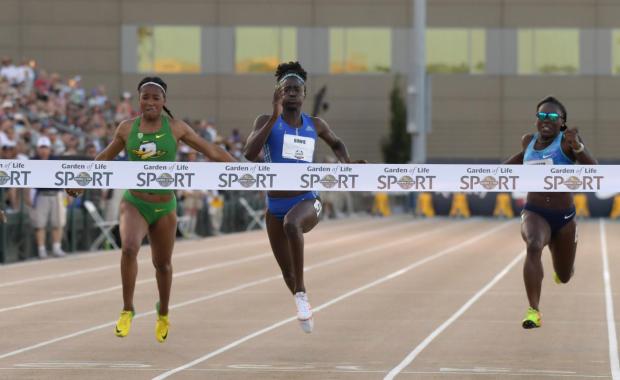 Two athletes who call Central Florida their training homes came away with medals in the 100m dash. Olympic silver medalist Tori Bowie, who works out at the National Training Center in Clermont, won in a time of 10.92s. She was third at the 2015 World Championships in Beijing. The reserved Bowie had this to say after the race.

"The goal today was to finish top three, so finishing first is great," she explained. "I'm extremely excited and I still feel like I have a ton to work on before Worlds because I really hope to do well.

Not to be outdone on the men's side was Justin Gatlin. In a battle with fellow University of Tennessee Volunteer and now Nike teammate Christian Coleman, Gatlin edged out the youngster by three one hundredths of a second 9.95 to 9.98s.

Gatlin attended high school at Woodham High School in Pensacola (now closed) and trains with Dennis Mitchell's Star Athletics group at Montverde Academy. The trip to London will be his fourth World Championships dating back to 2005 where he won gold in the 100 and 200m dash. He won silver in 2013 in Helsinki in the 100 and 4x100 and two silver medals in 2015 in Beijing as well for 100 and 200.

"I feel good," he said after the race. "As the race unfolded I can see it unfold in slow motion I just had to stayed relaxed and make a charge for the finish line.

As for the future of the sport and Christian Coleman, Gatlin sees a slew of talent.

"I've been watching Christian (Coleman) this whole season, he's been running well," he noted. "Watching him blossom into a great sprinter and still hungry that put a fire in me to be hungry." 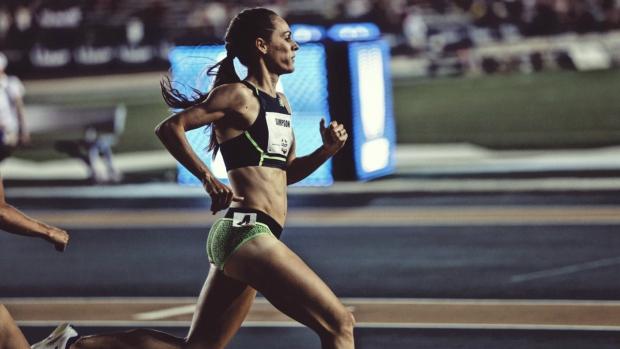 Oviedo High School alumni and Central Florida's shining star Jenny Simpson won her her opening round heat of the women's 1,500m in 4:11.96 and will race in tonight's final. She will go head to head with Shannon Rowbury, a rivalry that has seen the pair race 29 times since 2009 with Simpson holding the 20-9 advantage. (Photo by Cedric Gillette) 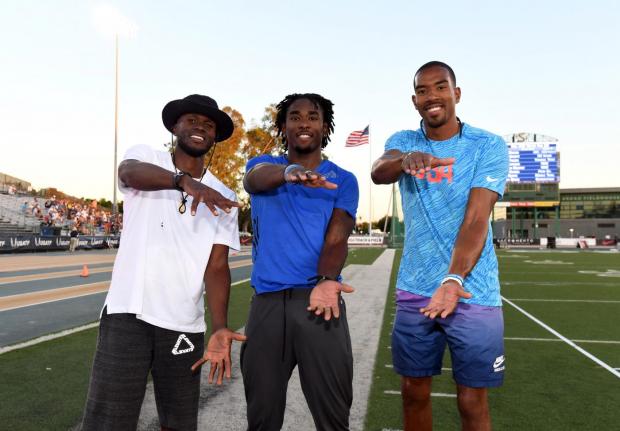 Two of the three athletes headed to London will have Florida ties. Former Gator, 2012 bronze medalist, and 2016 Olympic silver medalist Will Claye won the event with a leap of 58-9.25 on his final jump to make his third World Championship team. Claye won bronze in 2011 in Daegu and 2013 in Moscow. Apopka High School alumni Donald Scott was third after clearing 56-7.25 on his third attempt.

"All week I felt good at practice and today I came out and did a little stretch and everything," he said. "I popped the third jump and was happy I made the team. I don't know how to take it all in right now. I am just shocked. I have been going at it for a very long time and it's able time that all my hard work paid off."

Reigning 2012 and 2016 Olympic gold medalist Christian Taylor played it safe this weekend in Sacramento with the key goal being the win in London. Taylor has a wildcard into the World Championships.

"I've won every meet this year," he said.. I'm definitely healthy, but it's definitely unfortunate. Every time I compete I want to put on a show, but this time I had to play it smart. I want to bring home to the US a medal, and that's what everyone's fighting for."

Two of Florida's brightest stars Kendall Ellis of USC, a St. Thomas Aquinas grad and Dillard grad and University of Miami standout Shakima Wimbley are familiar foes on the track. The two advanced out of the women's 400m semifinals with the second and third fastest times of the day. Wimbley, who won her heat, told reporters afterward she felt great and was excited to be there.

"I am having a good time," she said. "For the finals I am just going to do the same things I did today and just fight hard for a spot. This is a little bit hotter than (Miami) but everybody's under the same conditions, so I am dealing with it."

Quanera Hayes who trains with Life Speed in Lake Minneola ran 50.74, the fifth fastest time heading into the finals. 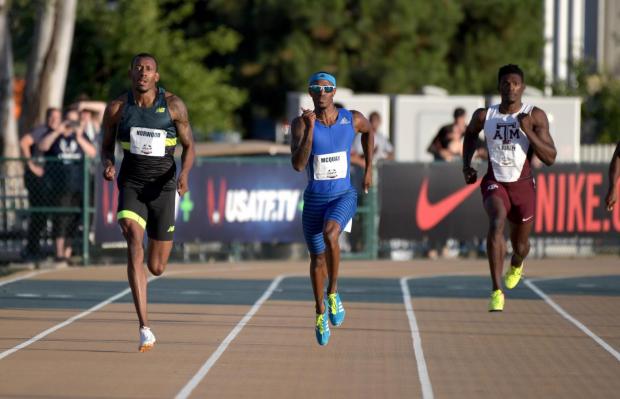 Tony McQuay won a state title in the 400m at Suncoast High School his senior year and is now going for his third straight World Championships. McQuay who was a member of the gold medal 4x400 relay team in London has the 4th overall time heading into the finals. He won his heat in 44.82s. McQuay was a member of the gold medal World Championship relays in 2013 and 2015 and won silver as an individual in the quarter-mile in Moscow in 2013.

Rising junior Tyrese Cooper failed to advance to the finals and talked about his race afterwards. 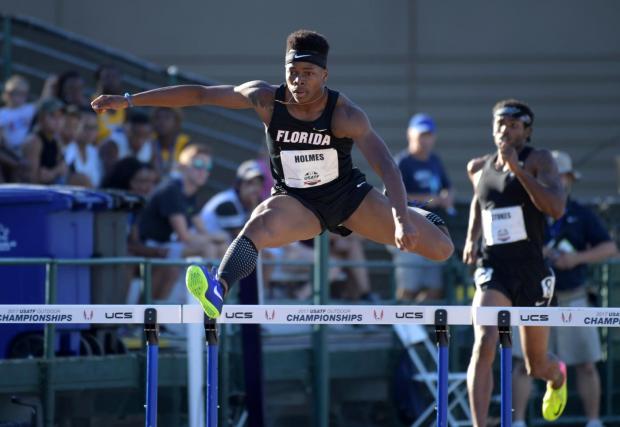 Speaking of even more Florida Gators, T.J. Holmes, Eric Futch, and Kerron Clement all advanced to the semifinals of the men's 400m hurdles. 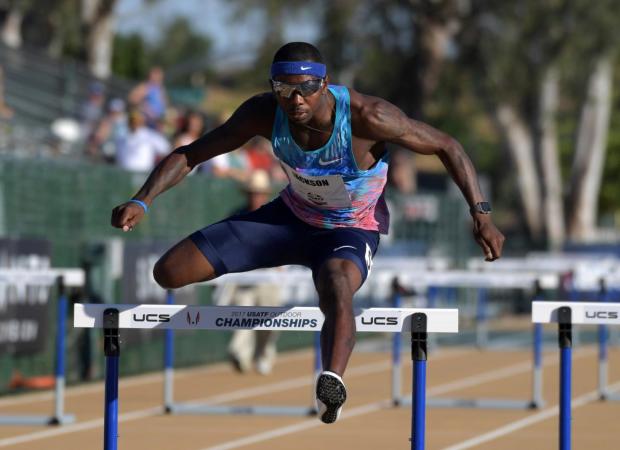 Bershawn Jackson, who graduated high school in Florida, and is one of the best hurdlers in state history, is looking to make his first world team since 2011. He won gold in 2005 in Helsinki and bronze in Berlin in 2009. "Batman" as he is known announced earlier in the year that he will be retiring at the end of the 2017 season.

Other Florida Performances Include: