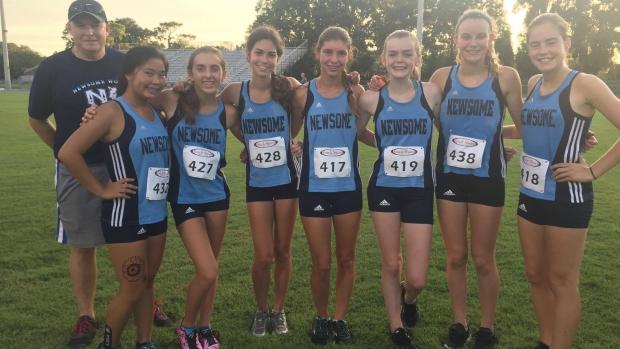 REGISTER NOW FOR THE 2017 FLRUNNERS.COM INVITATIONAL

The Newsome girls didn't attend the FLRunners.com Invitational in 2016, but will bring a loaded lineup to the 2017 edition. The Wolves finished 12th at the 4A state championship and have a majority of upperclassmen. It's the newcomers that make this team even more dangerous with transfer Bailey Hertenstein, the defending meet champion, and two-time 4A state champion, as well as incoming freshmen Keleigh Scallon.

Speaking of newcomers, Citrus Park Christian didn't field a cross country team in 2016, now Coach Ray Friedman is stock piling his girls squad to be one of the best in 1A with daughters Lydia and Moriah Friedman as well as former Steinbrenner runners Alexandra Perri and Brooke Santiesteban. Couple those with several young middle schoolers and they have the potential to be on the podium.

Montverde Academy was 12th last year in the Race of Champions, but boasts a 1-2 punch in Kendyl Cardwell and Lily Henne. Cardwell was 17th overall while Henne was 44th.

Tavares and Spruce Creek both return after fifth and sixth places respectively in 2016. The Bulldogs return their whole roster that posted a team average of 20:35. lead by then sophomores Savannah Schwab and Chablis Shreffler who finished 39th and 44th.

For the Hawks, a top five finish won't come as easy as they did lose several of their top seven to graduation. Senior Camryn Cooney and junior Caitlyn Chartier, who both placed in the top 50 will return.

Other teams to watch include Osceola (Seminole), Lakewood Ranch, and Charlotte.