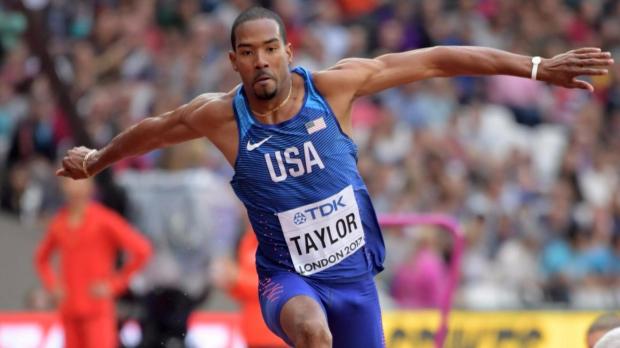 Reigning Olympic champion Christian Taylor of the United States won his third world triple jump title with a best mark of 17.68m on Thursday evening at the IAAF World Championships in London.

With three world titles, the 27-year-old Taylor officially moves ahead of Great Britain's Jonathan Edwards in the world gold medal count, though the American was unable to better the Brit's world record mark of 18.29m that has stood since 1995.

As has been the recurring storyline for the global men's triple jump over the past Olympic and World Championship cycle, Taylor's main competition came from his countryman and former University of Florida teammate, Will Claye.

Claye opened the competition with the top mark on the first attempt with a leap of 17.54m to Taylor's 16.97m. But Taylor pulled ahead on his second attempt with a 17.57m leap, then a 17.68m jump on his third attempt, which would stand as the winning jump tonight.

Claye would improve his best in-competition mark to 17.63m, which would be good for silver. 33-year-old Nelson Évora of Portugal, who won World Championships gold and Olympic gold in 2007 and 2008, earned bronze with a best of 17.19m. 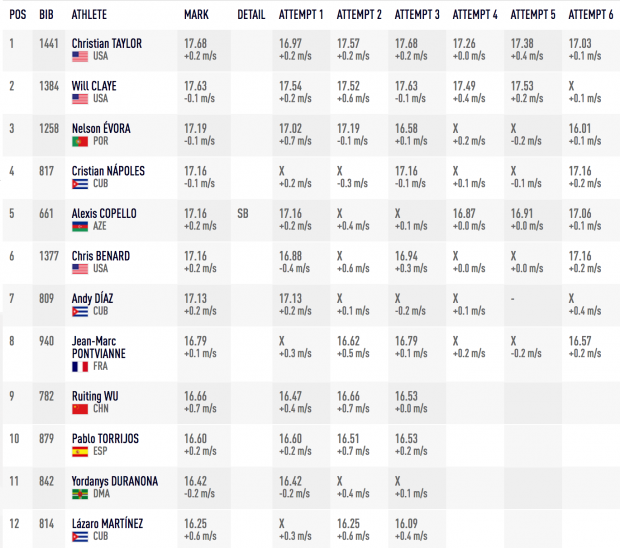