Melbourne senior Natalie Bress is off to a fast start in 2017. A two-time state qualifier in track, and a top 30 finish at the 4A cross country finals last season, Bress has won all three of the meets in which she has competed this year.

Bress opened up the year with a personal best of 19:14.40 at the Wickham Jamboree and followed that up with a 30-second victory over her nearest competitor at the DeLand Invitational. Saturday was more of the same at the Holy Trinity Cross Country Classic where she was one of three girls under 21 minutes on the day.

"It feels pretty good," she said. "It's just the third race of the season, so it's pretty nice to get out and race and it was pretty beautiful this morning, so it was just a nice way to spend a Saturday morning." 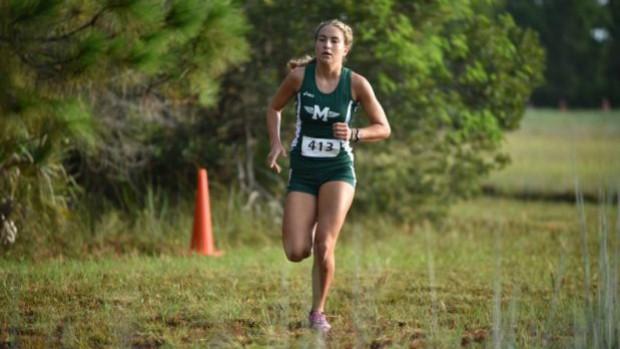 She credits her summer training to a successful year thus far.

"Over the summer I did 40-50 miles a week," she explained. "I did a lot of long distance runs. Towards the end of the summer I worked a lot on speed, but I just kept it around 45 miles per week."

As the season rolls on the Bulldog standout is focusing on speed two to three times per week and is just trying to keep up with her mileage. She wants to dip under 18 flat and place at states by the end of the season. With the way she is going, she could add her name to some of the best athletes to come out of the Melbourne area like Kayla Hale, Vanessa Valentine, Amanda Beach, and more.