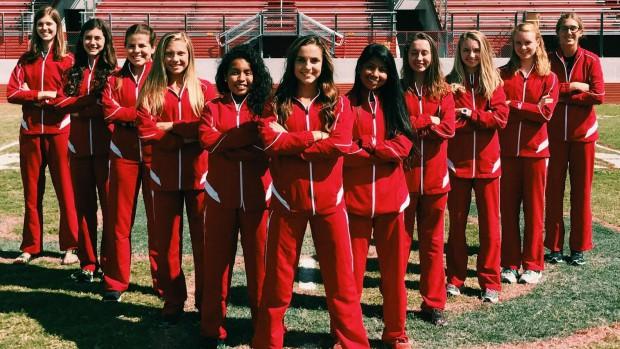 Like families and friend groups, there can sometimes be tension within a team. One minute everything is going smoothly or at least you think it is, but the next minute someone said or did something that hurt another person's feelings.

I strive to be the kind of role model that doesn't just encourage their team, but brings them closer together. Practice is fun and so is the occasional team bonding activity, but sometimes it can be hard to keep a group of girls connected. My team has had problems in the past, whether it be one person, or a double sided situation, that seems almost impossible to solve.

Always being coached by men in the past, it was sometimes hard to talk about feelings and emotions with one another because boys are different in that aspect. They don't care about "silly" things like receiving an invite to smoothies after practice, but girls are more sensitive when it comes to things like being included.

Recently, my team gained a new female coach, Rachel Zeron. Having a female role model around has proved to impact our girls' team in a positive way, and brought us closer together. Don't get me wrong, Coach Denton (our girls coach) is awesome and he does everything he can to make the atmosphere comfortable and enjoyable, but with a lot of younger girls on the team this year, it's been harder for him to get the team to be as close as we were previous years.

Coach Zeron helped us realize that with all different ages and maturity levels on the team not everyone is going to want to hang out as best friends outside of practice and that's okay. It's okay to have a "BFF" on the team that you always hang out with one-on-one. Your teammates understand that. But when you begin to do things as a bigger group and you're only leaving a couple people out, it's hurtful to the others.

Coach Zeron also helped us understand that actions really do speak louder than words. Not being there to cheer on the JV girls, posting a picture without a team member in it, not comforting a team member who is upset--these are all examples of how you can hurt someone on your team without even saying anything.

I know other teams have to have problems sometimes. It's not a perfect world and you can't keep everyone happy. I do encourage all of you to think about what you say and do before you hurt someone you care about. Invite that person to lunch even if you think they don't want to go. Say "good job" to your teammate if they look like they're struggling. If you think you should say something to comfort a team member after a rough race, don't hold back. Words and actions are both powerful.

Good luck to all of you at your meets this weekend!