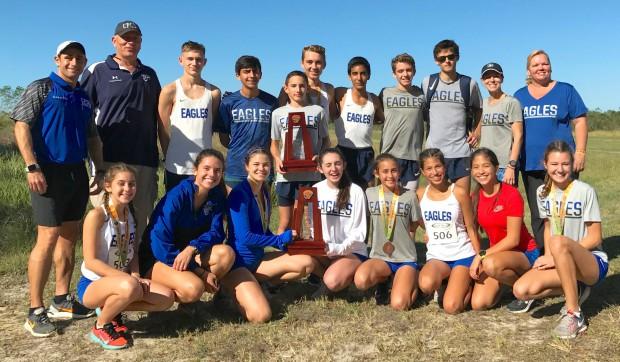 The Citrus Park Christian Eagles, a tiny school a suburban town in Tampa called Odessa, don't even have a track on campus. They didn't even have a team last year. What they do have is a dedicated coach, a ton of young talent, and the Upper Tampa Bay Trail to train on. Head coach Ray Friedman was a varsity runner at Gaither High School, long before nearby Sickles and Steinbrenner were even built. Friedman volunteered as an assistant coach at Countryside and Steinbrenner for years before helping to start the program at CP Christian.

"We're fortunate to have the UTBT bridge to train on. It's really our only local option to simulate hills," Friedman said. "And although it's on asphalt, it's paid quite a bit of dividends in the past, especially with courses like Holloway and Apalachee Regional Park."

Now they are looking like state champions, especially on the girls side.

The Eagle girls scored a jaw-dropping 30 points to easily out-pace defending champs Oak Hall (85). The boys, led by Oklahoma-commit Trevor Foley topped Northside Christian 73-117. Aside from the senior Foley, the Eagles are young and they are deep.

The Class A girls race went off first and defending individual champ Grace Blair worked to the front of the pack and led the charge up the first hill of the course at Holloway Park in Lakeland. Blair was racing herself even from the outset but when runners came around down a sand and grass straightaway, near the one-mile mark, Blair was 20 seconds ahead of the field.

CP Christian's Jacquelyn Abanses and Lydia Friedman at that point were neck-and-neck and four seconds ahead of the field led by Canterbury freshman Jessica Edwards. Edwards used the hill after the one-mile mark to gain separation from the group trailing her. As runners wind through the trails, they emerge with just 400-500 meters to go and make a 180 degree turn on grass before the final straightaway. Coming out of the woods, it was Blair way out in front.

"I just got into a mental groove today," Blair said. "It's nice to know the course, too. You know where the tangents are and to stick to the middle of the trail." 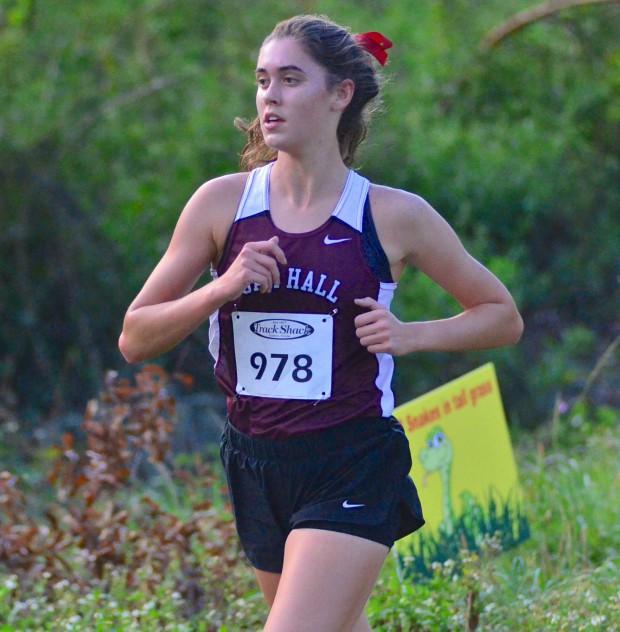 Blair made it back-to-back titles at regionals and was the runner up in 2015. Her 18:50.01 was 15 seconds in front of the next runner to come in. The 18:50 was 25 seconds better than when she won the regional title in 2016 and just four seconds off her season best from September. Blair will be making her seventh trip to the state meet next weekend. 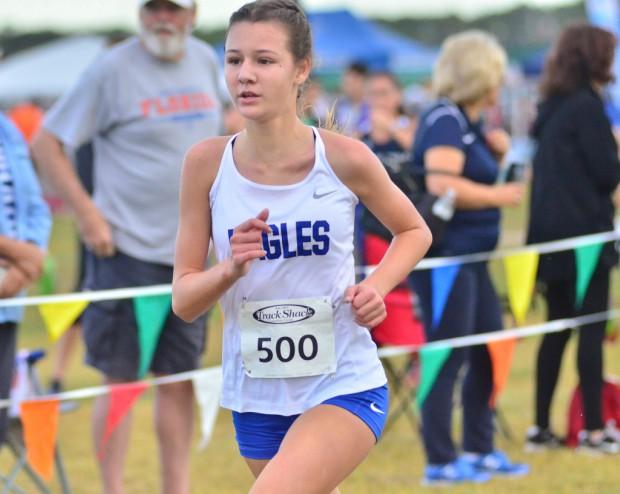 "I just wanted to chill that first mile and then try to close the gap (with Blair)," Abanses said. "I closed it a little bit but at the end, I just died."

Abanses was consistent with her time from the Flrunners Invite, a 19:04 and she's clocked sub-18s this season. Edwards moved up into third, slipping past Friedman on the winding trails. 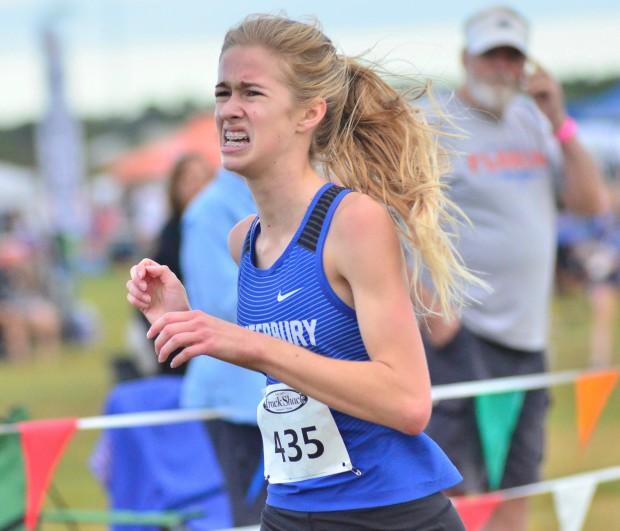 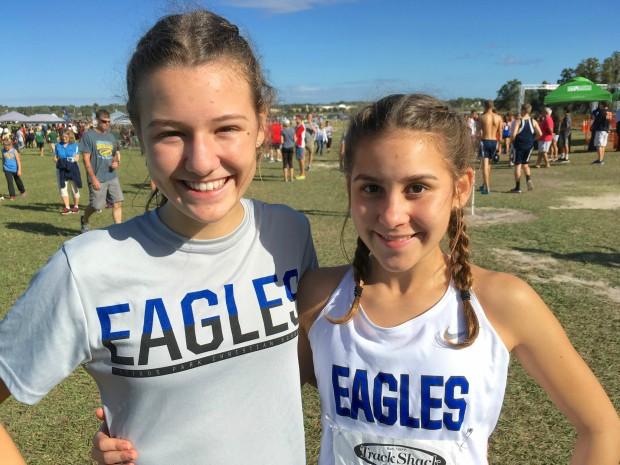 "It usual that I intend to stay with her (Abanses) but I got a stitch and it slowed me down a little," Lydia Friedman said. "It's way better to chase a teammate (than Blair), your teammate trains with you, you know what she's going to do. Blair is an unknown." 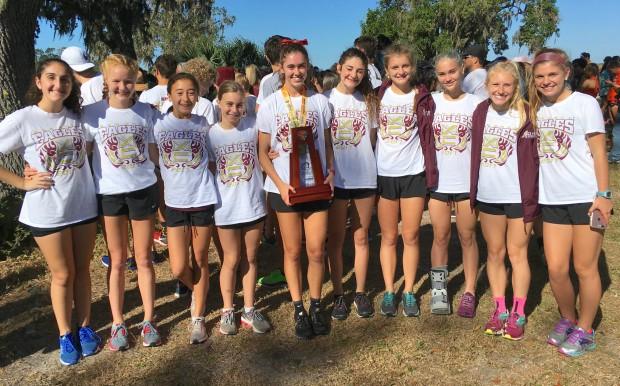 On the boys side, Foley hung a 12-second lead on the trailing pack into the first mile and continued unchallenged to win it in 16:18.03.

"My thought was to try and push the time in the first mile so I could chill the last two," Foley said. "I ran a bit slower (than at Flrunners) but I'm trying to get rested for states. I'm happy because I've stuck to what I've done all season and it's been pretty successful. I want to maintain that." 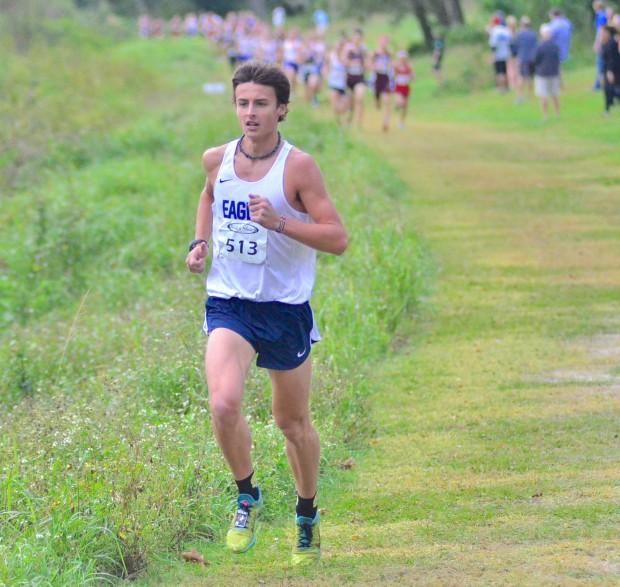 Behind Foley, some intrigue developed. Sophomore teammate Reed Legg fought off Oak Hall's Austin Montini, the 2016 runner up and Seffner Christian's Paul and John McKenzie in the early going to cement his place in second at 16:36.04. It was just Legg's second race on the course at Holloway, coming off his personal best 16:08 from districts. 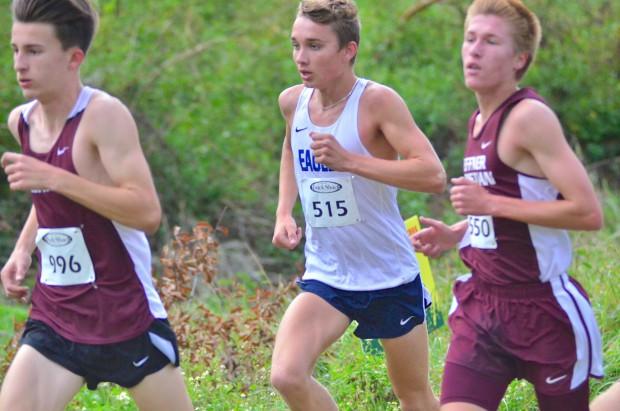 "Over the past three weeks I 've been able to bump up in level," Legg said. "I felt really good today. After the mile, I pushed for a quarter mile and that dropped the three other runners near me."

The Oak Hall boys and P.K. Yonge tied for third but Oak Hall won the tiebreaker on the legs of their number six runner. Seffner Christian and Indian Rocks Christian also qualified.