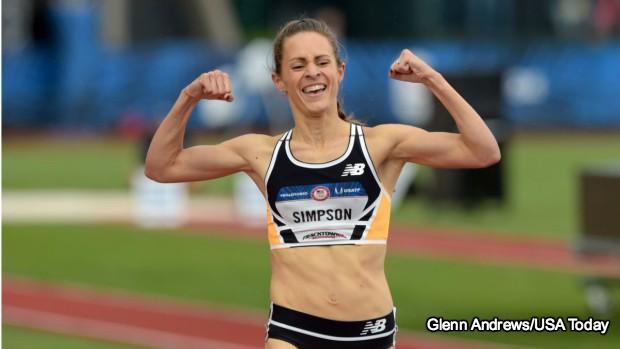 Jenny Simpson broke the American record in the two-mile on Friday night, running 9:16.78 at the Drake Relays to better Shannon Rowbury's mark of 9:20.25 from 2014.

Friday also marked Simpson's second appearance on the track in 2018. The four-time globalist medalist in the 1500m raced only once during the indoor season, a 8:40.31 3000m at the New Balance Indoor Grand Prix, and had yet to compete outdoors.

SHE DID IT! @trackjenny Jenny Simpson just broke the American record in the two-mile, finishing in 9:16.78. She even broke her own indoor record. Hail the SIX-TIME Relays champion! pic.twitter.com/tQRi21VbL7

With three laps remaining on Friday, Simpson separated herself from a field that included Brenda Martinez and Rachel Schneider and was alone to chase the record.

Simpson ran her penultimate lap in 69 seconds, meaning she needed to close in under 67 seconds to break the record. Simpson was up for the task, closing in 63.11 seconds to comfortably set the record and record the 12th fastest time ever in the event.