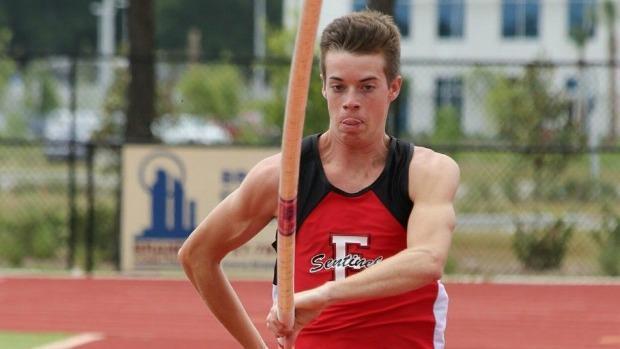 One of the best pole vaulters in Florida history is set to compete at the Division One NCAA Championships this weekend in Eugene, Oregon. Drew McMichael, a Fort Myers native, started his pole vaulting career at Evangelical Christian School, where he quickly rose to the top of his game, becoming a two-time state champion.

Though his high school career was quite impressive, Drew had a rough freshman year at Auburn University and quickly transferred to Texas Tech his sophomore year, "Originally I went to Auburn after my successful high school career. With a rough and humbling season, I felt it would be best for me and my athletic performance to transfer after my freshman year. I couldn't tell you how I ended up at Texas Tech but one thing led to another and I found myself really liking the coaching staff and facilities here at Tech."

Transferring surely paid off for Drew during his sophomore season when he tied the school record at 18 feet, 1 inch, shattering his previous personal record.

Unfortunately, Drew's junior year has been plagued with injury and rehabilitation after fracturing his ankle last August. Though he is still healing, he managed to pick up All American accolades last March at the NCAA Indoor T&F Championships. Now heading into Hayward Field this weekend, Drew says he is looking for a personal record, which will likely put him in the top eight, otherwise known as First Team All American. This will be his first and last time competing at Hayward Field as a college athlete, seeing as the entire stadium will be under renovations for the next two years. "It has always been a dream and goal of mine to come out here to Eugene and compete at nationals. Now that I'm here, I'm ready to compete to the best of my ability, get an All American, and try to win at all costs."

Since Texas Tech is ranked second in the nation, Drew has many teammates competing as well, "If all goes right, we have a good chance of winning the national championship as a team. It's always great being on a team with such talented athletes."

As for his senior season, his plan is to stay as healthy and strong as possible, "Injuries have been a constant setback for me. Staying healthy will give me an advantage to compete my best all next year."