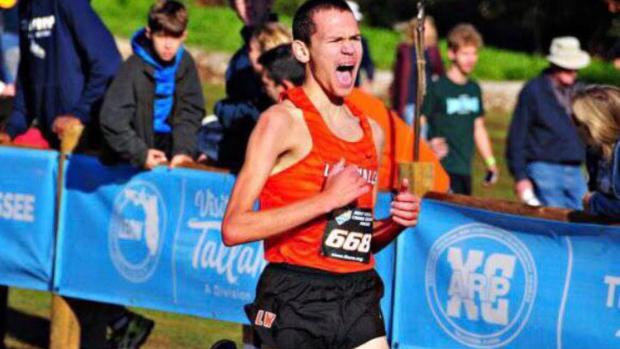 The 2017-2018 school year has provided some great highlights in both cross country and track across the Sunshine State. In the coming weeks many of our seniors will head out to start their college careers both athletically and academically. We wanted to salute them one more time in this special feature and say thank you for your support over the years.

A really close friend of mine and my stepbrother were running in a race this past year at Holloway Park. They had one goal which was to go sub 22:00 for the very first time. My friend had spent the entire last year trying with me to achieve that and while I accomplished it he did not. This same friend struggled with clinical depression and wasn't able to really compete that following track season. I raced the weekend prior to this and ran 19:20 something which was horrible for me and cried for nearly an hour because it felt like my hard work was doing nothing. I begged my coach to let me race this with them and pace them through. My stepbrother raced just fine and ran 21:20. My friend about 1.5 miles in started to dip back and then catch back up and fall back again. At 2 miles I told my stepbrother to run without me and I turned around to go get my friend. I started screaming at him at the top of my lungs. "Every ounce of pain you're feeling right now will be worth it once you see that clock" "the hardest mile of your whole life is right now" that man fought and he fought. He sped up by 45 seconds his last mile and we rounded the corner to finish at Holloway Park and I saw the clock and was scared he wouldn't make it. I started screaming even louder for him to "Go, go, go" and just when I thought he didn't have anything left he dug deeper then he ever had before to finish that race with a 21:50. I start hugging him and telling him "you did it" and "did you see that!" We get back to the tent and sit down for a minute and he starts sobbing his eyes out onto me and thanking me over and over. This man who ran every day with me, every race with me until his depression wouldn't let him had finally done it. I was so proud of him and I have such a deep love for that guy. Getting to see someone be so emotional over a race really helped me get out of my head from the week before and just love the sport like I used too.

My biggest competition over the last 4 years has been every guy that's come and gone through my team and never gave me a second thought. I was slow, what's there to worry about? I had to run so much harder then them every day because I was talentless. And I beat every single one of them and my senior year I was a massive part of our team. All those other guys had quit and were wondering where it all went wrong.

My greatest accomplishment is my progression I was able to achieve over 4 years. My freshmen and sophomore year started the same. 33+ minutes to complete a cross country race. I walked half a mile in both. My junior year we got a new coach named AJ Richmond who revolutionized our program. He trained us to be champions. My first ever race with him was the fastest 5K I had ever ran. 25:04. With 2 years of training with him I've found myself consistently running sub19:00 in races and I have a love and passion for the sport I never expected too have.

I don't think I would change anything. It would've been nice to run faster or get at least one medal but I learned so much and I have so much more to train that high school XC feels like the perfect stepping stone for me going into college. 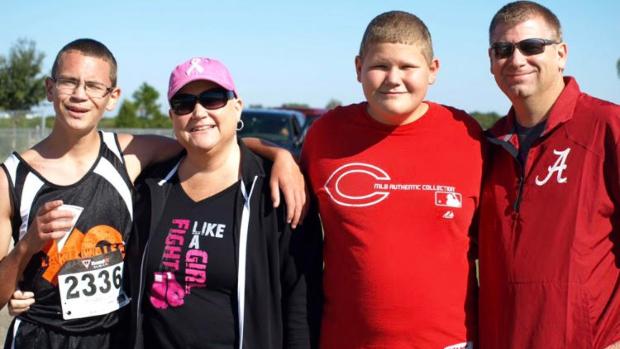 Freshmen year my mom was diagnosed with Stage 2 Metastatic Breast Cancer. She made it to my first race of the year and my last race. Sophomore year it had progressed to Stage 4. She didn't make it to any meets that year. She died October 9th, 2015. It was hard because I only started the sport because of her. My mom used to weigh 400+ pounds and had Diabetes until she turned her life around. She started eating right and running and shedded well over 150 pounds. Watching her fight her cancer made me want to fight too but I couldn't. On the day of her funeral we had County in the morning. Me and 3 of my best friends wore pink socks to honor her. I ran my fastest race at that point with a dramatic finish against some kid and I beat him. I threw up and my whole family was there supporting me. It almost felt like she was there too. I've worn pink socks to every single race I've ran since then. It's my little memorial to her. Every time I run, I run to make her proud.

I'm going to miss the brotherhood me and my team have built. The banter between certain guys and the 10+ mile long runs where we talk about all the things you don't anywhere else. I'm gonna miss watching freshmen come in and be scared and timid like me and end up varsity runners and aggressive on the track. I'm going to miss my teammates who are leaving too (Paul Stafford and Caleb Rigel) two guys that have shaped and molded me into the runner I am today. Two guys who believed in me from the very first day.

Just because you don't go D1 doesn't mean you've failed as an athlete. Especially in running. At the highest level of elite running there are D2, D3, and NAIA runners too. If you can't run for the FSU's or the Syracuse's then find a school that fits you with a solid program and run for them. And if you love racing but aren't quite fast enough for D1 then you have a choice to make. Sit on the "bench" for a few years and then hopefully be fast enough to race, or go to a school at your level and show everyone what you have. If you're a great runner, people are going to notice. Also, bring toilet paper on long runs. 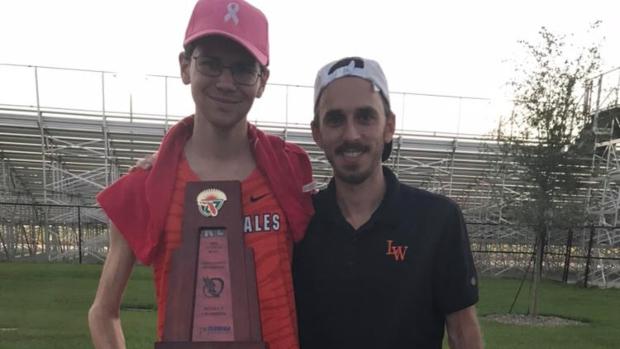 I've had 2 coaches in my life for cross country. Coach Campbell was my coach the first two years and Coach AJ my 2nd set of years. Both were perfect for that time. Coach Campbell was kind and eased me into the sport. She helped me just have fun when I was there and without her I wouldn't have stuck through the sport during my moms sickness. She has my utmost respect for not treating me any different and just giving me my runs and I would try and do them. Coach AJ came when my mind was ready to go harder. He pushed me to run 7 days a week. He pushed me to win. He pushed me not just to run, but to race. He instilled in me the importance of patience, hard work, and a champion mindset. He taught me to "run with your heart, the times will follow." Coach AJ helped me become a runner that can compete at the varsity level. He helped me build relationships with people I never left, and he helped make my senior year of high school one of the best years of my life. I competed at state for cross country. I was able to run on FSU's track, and most importantly, I got to look like I belonged there. I earned my spot. I'll never forget every workout he kicked our butts in, every tempo he paced me through, and every time I saw him screaming at me when he knew I could race harder, fight harder, and hold on longer. He's the reason I am who I am today and I hope one day to be half the father, husband, and runner that he is.

I will be attending Southeastern University in Lakeland, Florida this Fall. I will be studying Film Production and competing in cross country and track.

I would like to say thank you to Paul Stafford for never thinking little of his teammates. In fact, I'd say he thinks more highly of them then even we do. He led by example every day and giving him rides to practice every day has helped me build one of my life's most important friendships. Thank you to Caleb Rigel for showing me what pain looks like. You never ran anything less then your hardest. You did everything you could in a very short period of time and it was such an honor to have taken you to practice every morning. I'll never regret it. Thank you to Stephen Ward for showing me that no matter how far you've fallen, patience and work can bring you back. Whether it's a torn ACL like you had, or a stress fracture like I had thank you for your few words. You know when to shut up and let me brood and when to help snap me out of it. You're going to do great things this year and I'm so excited to see them happen, oh and go Gators. 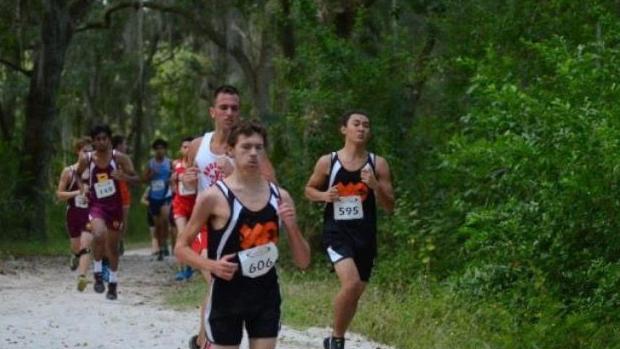 Never lose your love for this sport. It's not like anything else. Our sport is special. It's not more important or less important then anyone else's though. Encourage the baseball team and the golf team at your school. It doesn't matter if you think "I work harder then them" just show them some love. It always feels good when someone shows respect to something you love. When the baseball team is leaving for districts, wish them good luck. If the soccer team won regionals hype them up in the halls over and over. It's a respect thing and a mutual love for dedicating yourself to something like sports.