There was no questioning Krissy Gear's endurance. The Fort Myers HS class of 2017 standout amassed a total of six individual state championships in her high school career. On the cross country course, she had two top five finishes. That success translated well to Furman University, but it didn't come in the distance events, instead it was the steeplechase.

Gear competed in three cross country events for the Paladins including the NCAA D1 Southeast Regional and NCAA D1 Cross Country Championships, and then won conference titles in the 800 and 1,500 indoor. 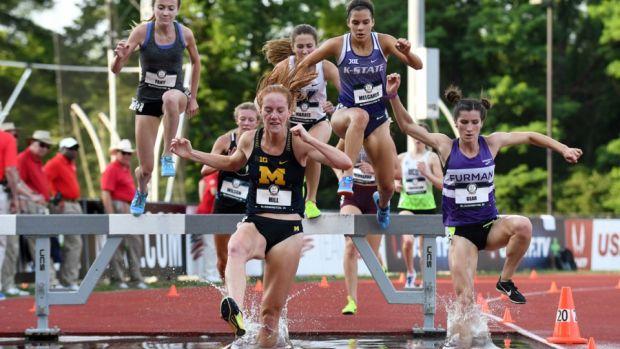 "I really didn't want to steeple at first, I wanted to run the 800, but I knew that wasn't going to be my best event, so I thought maybe at least the 1,500," Gear said. "My coach (Rita Gary) had other ideas in mind and it really helped to have a two-time Olympian in the steeple their to coach me. That really set me up for success."

This outdoor season she shined over the barriers, running a massive personal best of 9:52.71 at the NCAA D1 East Prelims to advance to her first NCAA Championship. Less than two weeks later she was back at it at the USATF Junior Championships in Indianapolis. Gear was third through the first lap, then moved her way into second after two, and never looked back to win the race in 10:28.05, three seconds faster than runner-up Alice Hill of Michigan who crossed the line in 10:31.07. 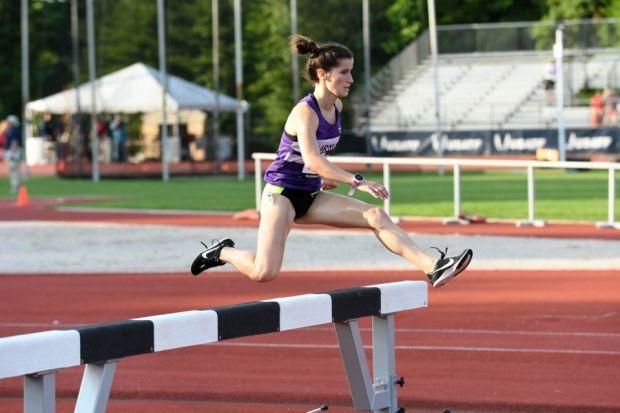 "Aside from some post race soreness, it feels great," she said afterward. "This is my last chance to run this meet since I turn 19 next July and I really wanted it. I think it will be really cool to get an all expense paid trip to Finland, so sweet."

The trip to Finland for the IAAF U20 World Championships will be her first time dawning the red, white, and blue representing Team USA.