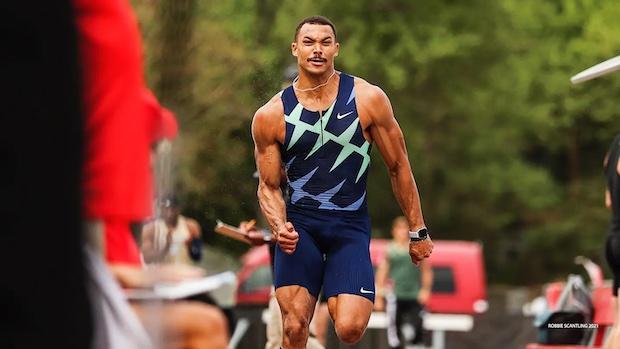 Typically, the winner of the decathlon or heptathlon is viewed as best overall athlete in the entire track meet. Well does Episcopal School of Jacksonville graduate Garrett Scantling now get the title as America's best overall athlete after winning the decathlon at the Olympic Trials in Eugene, Oregon this weekend and punching his ticket to the 2021 Tokyo Olympic Games?

He certainly has earned it with a remarkable journey to this point. The 2011 graduate out of Episcopal School of Jacksonville, who was a Florida high school state champion pole vaulter as well as exceptional in other field events such as the high jump and triple jump, has only continued to make huge strides to become one of the best multi-event athletes in the World ten years removed from his last high school track meets in our state.

Scantling went onto star at the University of Georgia as an SEC champion and NCAA All-American in the multis before finishing painfully close to making the U.S. Olympic team in 2016 for Rio with a fourth-place finish in the decathlon at the Olympic Trials that summer.

Post-2016 Olympic Trials, after dabbling with a tryout in the NFL as well as working in the private sector in finance, Scantling returned back to track & field in 2019 and hooked back up with his coach at the University of Georgia to get ready for the 2020 Olympic year, which ultimately got pushed to 2021 due to the coronavirus pandemic.

The gains made under the direction and training of coach Petros Kyprianou following Scantling's hiatus from the sport were impressive building into this past week's decathlon competition at the totally rebuilt state-of-the-art Hayward Field facility at the University of Oregon. The shot put, 110-meter hurdles, and javelin were all the best performances by any events in the Olympic Trials field, while his performances in the 100-meter dash, long jump, and discus all ranked among the top 3 as a model of consistency leading to his personal best victory total of 8,647 points.

Looking ahead to the Olympic Games, Scantling's score from the U.S. Olympic Trials ranks second-best in the World for 2021 behind only Damian Warner of Canada, who tallied a total of 8,995 points in a late May competition. With an Olympic berth now secured, next up will be an Olympic medal in reach for the Jacksonville, Florida native Garrett Scantling to chase after in Tokyo later this summer.