One of the biggest storylines of the weekend will be at the Spanish River Invitational on Saturday when the state's top two ranked boys cross country teams clash in 3A squad Belen Jesuit and 4A squad Viera.

They may have another clash down the road at Pre-State and possibly in the post-season as well, but this will be the first time both undefeated teams rolling in dominant wins so far will get to face off. Both teams are neck and neck with their times as Belen Jesuit has a 16:13 team average for their top 5's season-best times, while Viera is at 16:15. Each team has an individual front-runner capable of being a state champion this fall between Adam Magoulas for Belen Jesuit and Michael Toppi for Viera. Viera has three runners with PR's under 16 minutes between Toppi, Robbie Naberhaus, and Cameron Raney, while Belen Jesuit has more runners under 17 minutes than any squad in the state at 11 total. The virtual meet projection even has it tight at 40 points for Viera and 42 points for Belen Jesuit with the next closest squad being last year's 4A state champions in Christopher Columbus as a distant third place with 124 points. Every point and place will certainly count on Saturday to see who will likely have bragging rights as Florida's best cross country team at least up until the Pre-State meet. Individually, Magoulas and Toppi have been throwing down fast times and victories over the last few weeks and would not be surprised if they push each other to break the course record of 15:27 set in 2011 by former Belen Jesuit great Elliot Clemente. Magoulas has won three straight invitationals to start his season at Kowboy, Florida Horse Park, and King of the Hill all in the mid 15 minute range, while Toppi has scored two runaway victories in a row at Vero Beach and Astronaut.

Other individual runners to look out for in Saturday's 3A/4A division race who are not on the Belen Jesuit or Viera roster including Anthony Matthew of Martin County, Ryan Douihech of West Boca Raton, Nicholas Ivonnet of Christopher Columbus, and Collin Brooks of Boca Raton among others who actually could be the deciding factor in the team outcome as point displacers if they can finish inside of the top 5 packs for Belen Jesuit and Viera.

Matthew has already shown the ability this season in several races including most recently at the Vero Beach Invitational to be able to split up the Viera's top 3 runners in Raney and Naberhaus, while Ivonnet just stopped Belen Jesuit from perfect scoring 15 points last Friday's King of the Hill meet outkicking the fifth finisher from Jesuit at the line. Hopefully, in the 3A/4A girls varsity race on Saturday, we will see the season debut of last spring's 4A girls 3200-meter state champion in Penelope Sosa of Miami Coral Park who has yet to race so far in the 2021 season. Sosa is entered in the meet and owns a 5K best of 18:47 from her 4th place state cross country finish from last year.

Beyond Sosa there are plenty of girls in the field who are racing well and sharp from action already including American Heritage sophomore Ashley Fitzgerald who will be competing in her second race of the week after running away from the field at the FNU Invitational this past Tuesday in a 19:05 win and also was a big winner (19:19) at the King of Hill meet hosted at Tropical Park last Friday. Spanish River senior Zoe Pustilnik would like nothing better than to do well and possibly win her home invitational. She will be in the mix among the top girls and looking to follow up her stellar season opener and 5K PR time of 19:02 in a third-place finish in the elite girls' race at the Cecil Field Summer Classic.

Other girls to watch in the 3A/4A division include G. Holmes Braddock's Annabella Cardona, South Fork's Addison Boyer, and Our Lady of Lourdes Academy's Olivia Fraga. Cardona ran sub 11 minutes for 3200 meters last spring for 3200 meters and had a high finish at the Florida Horse Park Invite two weeks ago. Boyer was a race champion at the Vero Beach Invitational on the same weekend on a tough and slower course. Fraga is coming off running a speedy time in a runner-up finish at the Fort Myers Invite last Saturday night in 19:10 despite being primarily a sprinter prior to this season.

Speaking of Our Lady of Lourdes Academy in Miami, their girls' squad will be the favorites as one of the strongest teams right now in South Florida and emerging as state title contenders as they shift down in classifications from 4A to 3A this year. Their entire top 7 has run 21 minutes for 5K, which few teams in Florida can make a statement like that.

Teams chasing after them in the Spanish River Invite include Viera, Dillard, Spanish River, St. Thomas Aquinas and others but it appears that the depth of Our Lady of Lourdes Academy will be too much for any team to overcome in this field. In Friday evening's races with the 1A/2A division, look for The King's Academy boys to take care of business and come away with the team title with a squad that has a top 5 average roughly 40 seconds better than the next best squad in the field at 17:03. They have a top 3 with sub 17 minute 5K credentials in Colton Lawson, Christopher Hobbs, and Dash Edwards.

Lawson, coming off a victory at his home invite last weekend, could also win the race individually, but he will have some company. Most notably in the field is Tyler Wadsworth of Port Charlotte, a top 10 All-State finisher in 3A last fall with a 5K best of 15:50. Wadsworth started off his season a bit slower on a difficult course at Estero in the DDD Sommer Invite with a time of 17:06 for sixth place, but expect a much faster time and higher finish from him at Spanish River.

Jeshua Osorio from Mater Lakes Academy has one of the faster season-best times in the field with a 16:33 performance at the Dunbar Tiger Jamboree in mid-August, while was the race winner at the STU Bobcat Invite as well.

Palmer Trinity's George Stark is coming off a victory this past Tuesday at the FNU Invite in 17:02 and looking to drop well into 16-minute range a few days later at Spanish River. The small school division on Friday is high quality for the girls in particular with the individuals up front including Emma Hencock of St. Brendan, Brooke Hooper of Pine Crest, and Andrea Montaner of Carrollton School of the Sacred Heart. Both Hencock and Hooper are already flrunners.com top 25 ranked caliber runners, while Montaner has a great opportunity to prove she belongs with them when she races on Friday at Spanish River.

Hencock has steadily been one of the top performers in South Florida so far this season with a win to open her season at Park Vista Invite (19:18), a runner-up finish at DDD Sommer Invite (19:56), and another second-place showing at King of the Hill (19:32).  After being denied victory the last two weekends, Hencock is ready to celebrate another first-place finish this weekend at Spanish River.

Hooper raced Hencock to start the season and was just 10 seconds off her in a runner-up finish and 5K PR of 19:28 at the Park Vista Invite, but arguably ran an even more impressive race the next weekend going north to Ocala for the Florida Horse Park Invite with a fourth place showing and 19:34 effort by the sophomore against a much stronger field.

Montaner has only got one race in so far this season, but it was win at the STU Bobcat Invite on August 28th with a time of 20:16. At STU, the sophomore Montaner finished well ahead of the Olivia Fraga (2nd, 20:49) led Our Lady of Lourdes Academy pack. 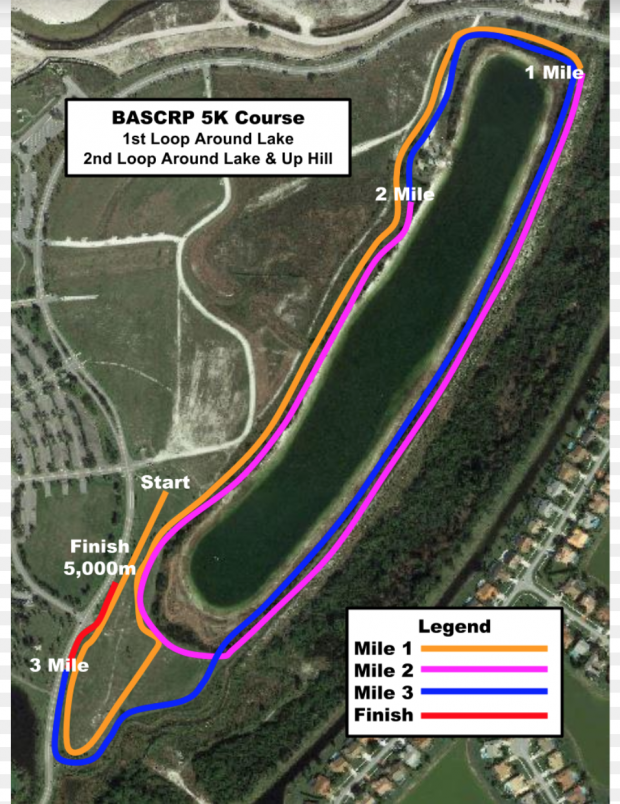 FRIDAY SCHEDULE 1A / 2A SCHOOLS PLUS MIDDLE SCHOOLS

*3K Middle School race will make one loop around the lake, up the hill and to the finish.

SATURDAY SCHEDULE 3A / 4A SCHOOLS

7:15 am: Coaches Meeting at Start Line

Awards Ceremony 15 minutes after the completion of the last race