The Bolles girls, prohibitive favorites to repeat as state champions in 2A and one of Florida's top-ranked squads, ventured north of the border into the state of Georgia for a return trip to the Alexander Asics Invitational to compete against some of the best in that state.

The results showed that the Bolles girls were the class of the field routing the team competition with 97 point team total putting them well ahead of the next closest squad in Pace Academy from Atlanta, Georgia in second place with 197 points. Typically one of the faster courses in the state of Georgia, the Bolles girls averaged 19:07 as a squad in the team victory. 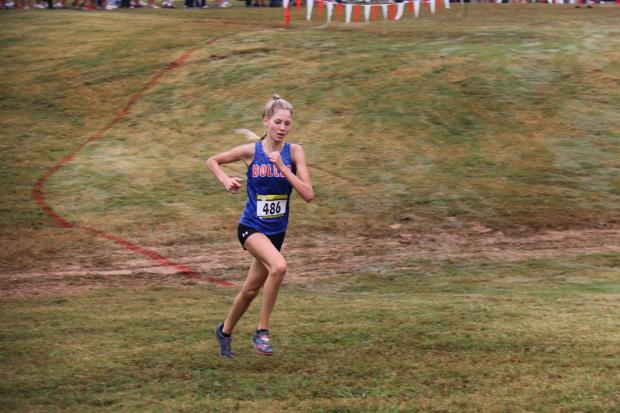 Their average certainly was lowered thanks to another sizzling sub 18-minute effort and individual win up front by their lead runner in Jillian Candelino who followed up her 17:38 winning performance two weeks ago out of state as well in North Carolina at the adidas XC Challenge with a near duplicate time in Georgia as she was victorious at the Alexander Asics Invite in 17:40.

Candelino was able to separate from the field decisively by a 29-second margin of victory over Pace Academy sophomore Caroline Hood in second place at 18:09. Last year's state runner-up in 2A is looking every bit like the odds on favorite to be a state champion this fall in Candelino. Despite a great team win this weekend, coach Tony Ryan's squad still has not seen their varsity lineup really race at their full potential as projected coming into this season besides Candelino rolling lately as the team's front runner. If the remaining top 5 pack can start pushing towards the 18-minute range for 5K collectively, watch out for how scary good that the Bolles girls could be in the last half of the season.