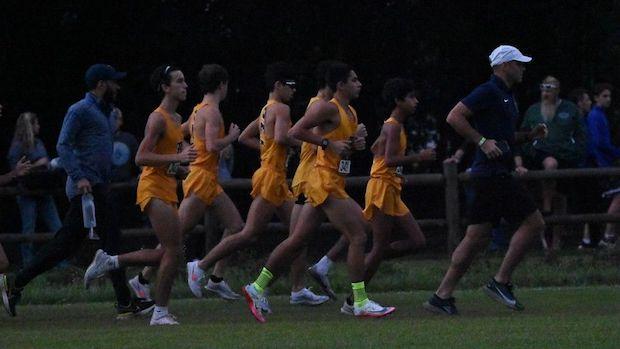 There is a reason why the Belen Jesuit boys cross country is exceptional in performance and how they conduct themselves and it all starts at the top with Coach Ruiz. On Friday, the Belen Jesuit boys completely dominated the 3A boys team competition at the 2021 FHSAA Cross Country State Finals to increase their state-record total to 13 state championships in the program's history, while tying them with 1998-2002 run by the Maclay School boys for most consecutive state championships at 5.

With only 2 seniors graduating from their 2021 squad and a bunch of more talent beyond their varsity lineup after seeing 14 boys break 17 minutes for a 5K this season, there is no doubt that the Belen Jesuit boys are set to be the first team next fall to ever win six straight FHSAA cross country titles. In our interview with Coach Ruiz, we discuss the challenge that the 2021 state champion squad faced with a young group deciding to not let this be a rebuilding year over the summer months of training to start the season reloaded and prime to keep their streak of state titles going. The injury to senior Adam Magoulas cut a hole in the sails midway thru the season and was not as much damaging to the team's title chances, but the individual aspirations and rooting interests to see one of their most consistent top performers and leaders go out as a champion after a torrid start to his season with a sub 15 at Spanish River Invite and major victory at the flrunners.com Invitational's Race of Champions. However, the return of Magoulas to racing after a six-week layoff while cross-training and helping the team at the state meet was a spiritual boost to the rest of his teammates according to Coach Ruiz in racing more inspired for him.

Winning by a 90 point margin in the 3A race and coming out on top as well in the overall state meet merge, Belen Jesuit boys put 6 runners in the top 20 places with all their runners at 16:37 or faster for a 16:10 team average to easily secure state title #13. Their new emerging individual star this fall is sophomore Joshua Ruiz, who despite at size with plenty of room to grow, managed to finish second in the state meet race behind only another sophomore in Patrick Koon of Loon with a 15:37 performance at Apalachee Regional Park.

Coach Ruiz has been the head coach for 12 of those 13 state titles, which is the most boys cross country state team titles in the FHSAA history and two ahead of the second-most winningest coach in retired Largo coach Brent Haley with 10 titles. There is no doubt that if he decides to keep coaching another a decade or two, Coach Ruiz and Belen Jesuit could be approaching the 20 titles benchmark.