Kayley Delay, a 2017 graduate of Fletcher High School in Neptune Beach, Florida returned back to her home state this past weekend as a senior cross country runner for Yale University after qualifying as an individual for the NCAA Division 1 Cross Country National Championships at Apalachee Regional Park in Tallahassee.

In her first and last chance at an NCAA National race in cross country as a senior, Delay made the most of it finding herself part of the top pack of runners late in the race and finishing strong for a 10th place showing to earn All-American honors clocking a 6K personal best time of 19:37.

Interview with Kayley after winning the FHSAA 4A outdoor 3200 state title in 2016.

Delay has been running competitively for over a decade looking back to a runner-up finish in the 1500 meter run at the 2012 FLYRA Middle School State Championships and had a consistently stellar high school career while at Fletcher High School from 2013 to 2017 including many All-State finishes, several state runner-ups and a 2016 state title in the 4A girls 3200-meter outdoor race (10:30 PR). 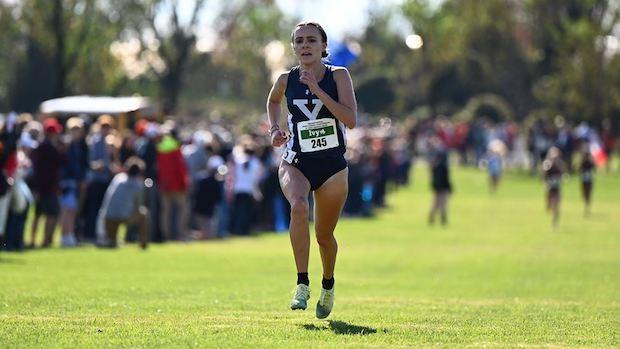 She only continued to excel at the next level for Yale including winning several Ivy League titles including the cross country title this past fall. Her collegiate year was completely wiped out last school year due to Ivy League deciding to shut down all of their sports to the coronavirus pandemic.

The school situation with races did not deter Delay from continuing to train and compete unattached last outdoor season to qualify to compete in last summer U.S. Olympic Team Trials in Oregon in the women's 3000-meter steeplechase. Kayley Delay already was getting practice for her future event in the steeplechase that would take her all the way to the Olympic Trials going back to high school while clearing hay bales at the 2015 Bartram Trail Bale-N-Trail race.

This past weekend was certainly a homecoming for Delay, who raced often and well at the Apalachee Regional Park in course in high school whether at the pre-state meet, state meet, or even winning the 2014 FACA Senior All-Star meet held on the course as well. The knowledge and familiarity of the course certainly played to her advantage against her competitors who may have only run once or never on the course in Tallahassee.

She also had family, friends, and her high school coach in attendance plus an extra bonus was after the meet since school is now on Thanksgiving break, Delay did not have to fly back to Connecticut and instead got to travel back home to the Jacksonville area for the holidays with a brand new NCAA All-American medal around her neck that she can sport at the family meal table if she would like.