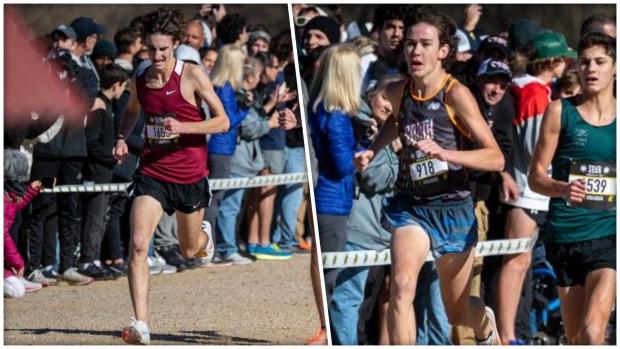 A pair of runners from Florida qualified for the Eastbay Cross Country National Championships in the seeded boys' race at the South Region Qualifier on Saturday at McAlpine Greenway Park in Charlotte, North Carolina.

Viera senior Michael Toppi and Leon sophomore Patrick Koon made it safely onto nationals with top 10 finishes in Charlotte. Toppi finished 3rd with a time of 15:02, while Koon was a few seconds back in 8th place at 15:07 as only nine seconds separated the winner in 15:00 from the final qualifier in 10th place at 15:09.

Finishing painfully on the outside looking in for a national berth was 1A state cross country champion and St. Johns Country Day School senior Matthew Stratton with a valiant run, but falling just short in 11th place with a time of 15:16.

For the Florida State University recruit Toppi, he qualifies for his first national race coming off a season that he was the 4A state runner-up behind Rheinhardt Harrison of Nease (who opted not to run at Eastbay South Regional) and leading his Viera squad to their first state team cross country title.

For the tenth grader Koon, he joins only Charles Hicks of Bolles in 2016 as the only other Florida sophomore to qualify for nationals in the boys' race and has the opportunity to be the first 3-time boys national qualifier from the state if he can make it back in 2022 and 2023 as well.