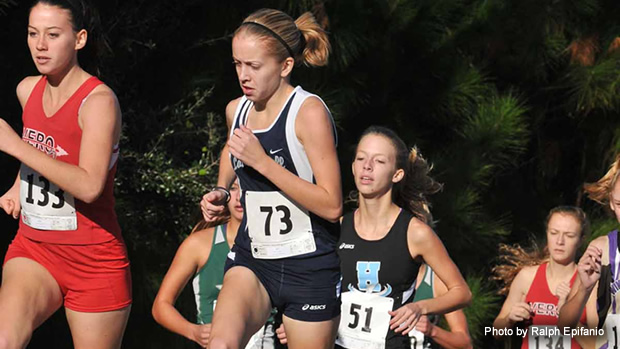 It's the final weekend  for cross country teams to tune up before the regular season. This week two jamborees will give squads the chance to do just that, the 31st Mike Gibson Summertime Run and the Wickham Park Jamboree.

Lake Mary High School is hosting the 31st Mike Gibson Summertime Run. The event kicks off with a community run at 7:30, followed by a girls top ten race, boys top ten, and a combined boys and girls 5k.

The girls race is headlined by two juniors Circle Christian transfer Bryce Seymour and Lake Howell's Regan Farrow and it could come down to the wire. Their top times from 2010 are separate by just two tenths of a second! Twins Amy and Sarah Ankli will look to be in that top tier as well. Amy finished third at last weekend's Ted Benz Jamboree. The team race should be a tight battle between Hagerty, Oviedo, and Lake Mary.

On the boys side, only three of the returning runners cracked 17 minutes in 2010. Hagerty senior Peter Licari looks to be the top runner in the field with a personal best time of 16:18.40. Behind him are Oviedo junior Justin Schanze and Circle Christian senior Jakin Foster. Hagerty has the potential to place three in the top five, but Circle Christian is led by a solid group of upperclassmen.That depth could pay dividends for the Centurions.

Moving towards the coast, Holy Trinity is welcoming it's Brevard Country brethren to Wickham Park for a cross country jamboree. For the girls I expect it to be a two-person race  between the Tiger's Julie Wollrath and Cocoa Beach's Shelby Davidson. Both runners are close friends and train together often. How will knowing one another's race strategy help or hurt the other? Melbourne senior Vanessa Valentine who finished second at the 4A meet last year will also hopes to be up in the lead group. Merritt Island junior Elizabeth Harper is a dark horse in this race having won the Ted Benz Jamboree last week. It will be a close team battle, but I believe Holy Trinity finds a way to win with Wollrath and juniors Mackenzie Dummer and Brianna Wahy.

The Holy Trinity boys cleaned up the top three spots in this race last year. David Kilgore is off to college but seniors Daniel Moore and Joey Castagnaro will the void just fine. Coach Butler says Moore has had a stellar summer and Castagnaro is coming off an injury but should have plenty of time to heal by then. Both have the potential to go low 16. Right behind them could be a pair of Vero Beach seniors Matthew Salis and Austin Wade who finished 5th and 6th last year. Ezekial Zauner of Covenant Christian returns for his senior season and could give the large school guys a run at the front. Overall, I believe the Holy Trinity boys are just too strong and win the team trophy. They could be one of if not the top team in 1A this year.


Todd Grasley and Josh Cohen will be on-site for flrunners.com at the 31st Mike Gibson Summertime Run with written and video coverage on Saturday.


Jim Cawley will be on site for flrunners.com at the Wickham Park Jamboree with written and video coverage on Saturday.