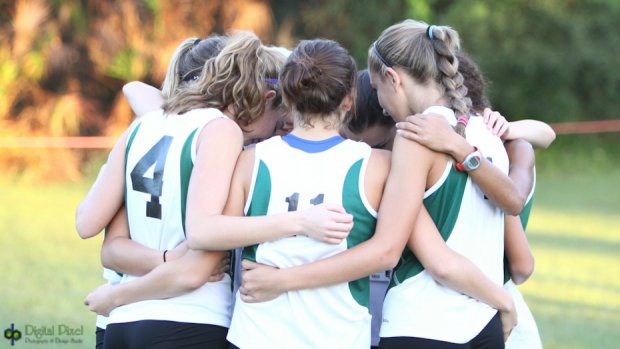 Over two dozen Hillsborough County Schools made the trip to Lake Park in Tampa for the Hillsborough County Championships. Jeff Adams was on-site snapping away with his camera as he usually does. Four races, a couple of hours, and nearly two thousand images to capture all the moments from this event! 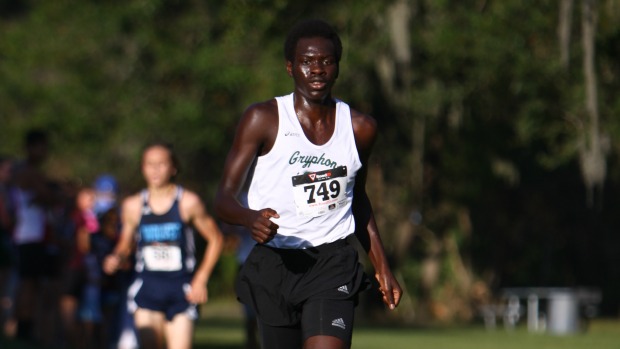 Sickles senior Abdin Fator escaped from Sudan when he was six years old, so running 5.000 meters for a cross country race isn't as tough as one might think. Fator has had a breakout season in 2012 winning five meets on the year including the large school race at Pre-State in Tallahassee. Number five came as the Sickles standout was crowned the best in Hillsborough County. Fator hung behind the Steinbrenner duo of Matt Magee and Tyler Bess-Lima before turning on the turbos. He separated from the group and crossed the line in 16:15.70. Newsome's Lars Benner was second in 16:19.30, and Magee was ten seconds behind him to round out the top three.Bess-Lima finished sixth as Steinbrenner edged out Plant for the team title 56-59. Steinbrenner had three runners in the top eight and all five in the top twenty-two posting a team average of 17:02.20. Jesuit placed third with 110 points. 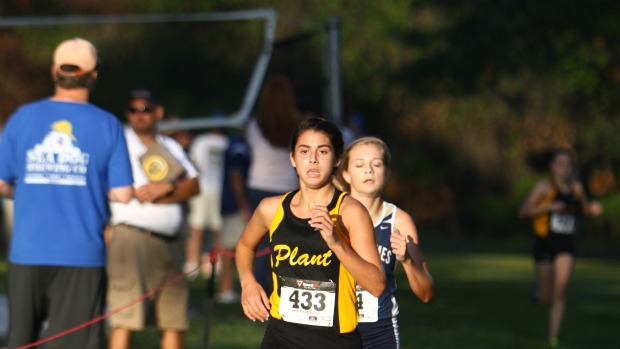 The varsity girls race came down to the final turn. Academy of Holy Names junior Claire Snyder and Plant's Julia Rodriguez had been battling it out with Rodriguez's teammate Anna Montgomery. The duo created a little space and Snyder kicked in the final distance to win by roughly seven seconds in 19:21.80. Rodriguez was second in 19:28.10 and Montgomery was third in 19:31.40. Five girls broke twenty minutes in a race which was dominated by the ladies of Plant. Coach Harrison's squad placed all five girls in the top eleven to win with a great score of 28 points. The kicker... (no pun intended) is that they did it without one of their top runners in Scarlett Fox who did not compete due to being sick. They definitely look to be peaking in time for another title to add to the trophy case. Newsome lead by Brianna Jackson's fourth place finish was second with 95 points. Freedom was third with 129 points. 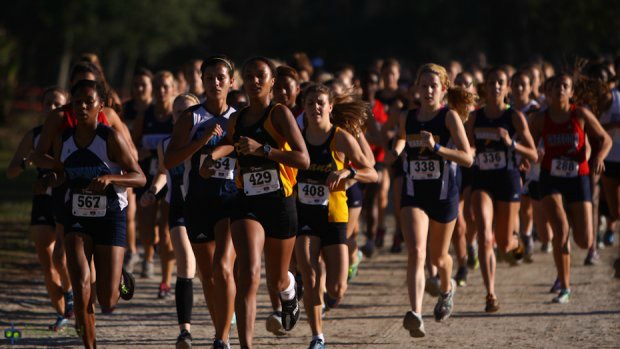 If the Plant varsity team isn't a big enough threat, they have quality girls waiting in the wings. Great teams run together and the Plant girls did just that in the junior varsity race as well. Jacqueline Parker and Abigail Crowder went provided a dominant 1-2 punch. Parker crossed the line in 22:11.70 for the win with Crowder behind her in 22:16.80. Delsie Borgen of Newsome was third in 22:21.50. Plant's five finish first, second, eighth, ninth, eleventh, and twelfth, good enough for 31 points and the win. Newsome (67 points) and Berkeley Prep (81 points) rounded out the top three.

No boys junior varsity results have been posted/sent.