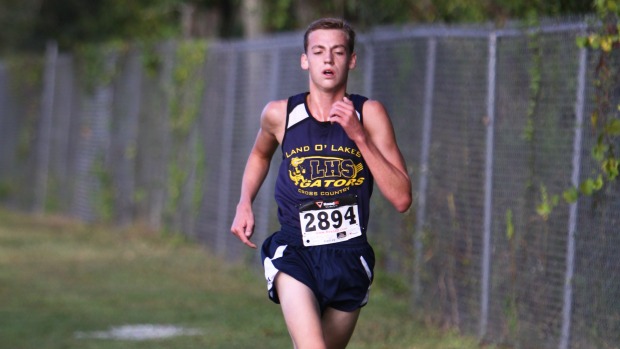 The Land O'Lakes duo of Travis Nichols and Tyler Stahl took it out hard at the Sunshine Athletic Conference Championships in Wesley Chapel.  Nichols and Stahl no strangers to this meet last year they finished second and fourth respectively leading their team to a second place finish. This year the pair ran together early on, but then Nichols separated from his teammate to take the win in 15:48.00. Stahl was nine seconds back in 15:57.50. The win marked the second in two weeks for Nichols and a new personal best. It seems the junior is peaking at the right time. Rounding out the top three was Ermias Bireda of Wiregrass Ranch in 16:08.50. Land O'Lakes had great pack running place their top five in the top fourteen and top seven in the top 24. The squad had a team average of 16:42.60 as they put up 38 points to get the team title. Wiregrass Ranch was second with 52 points. Gulf finished third with 92 points. 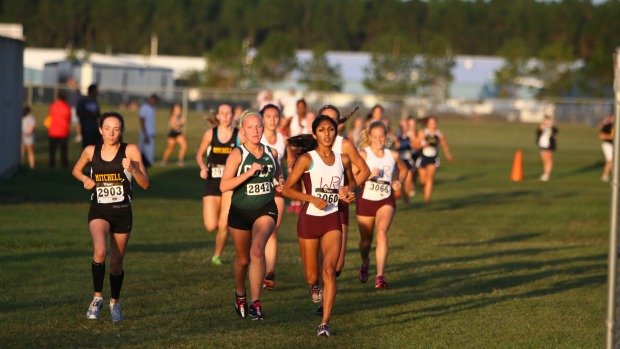 The girls varsity race was easy to determine the winner and how the race played out, but it did come with a little confusion. Wiregrass Ranch standout Nikita Shah and Mitchell's Claudia Cancello, got a little "confused" or "lost" about a mile to a mile and a half on the course. They found their way and Shah won by a sizeable margin in 18:31.70 forty seconds faster than Cancello in 19:10.70, who was more than 20 seconds faster than third place finisher Berlin Waters of Wiregrass Ranch. Wiregrass placed seven runners in the top fourteen to dominate the team standings with 26 points and a team average of 19:46.70. Gulf was second with 68 points while Mitchell came in third with 91 points.

It was a battle between Land O'Lakes and Wiregrass Ranch in the boys junior varsity races. Travis Nichols brother Trevor took individual honors. Land O'Lakes goes 1,2,4, 13, and 15 to score 30 points. Wiregrass was one point better edging them out as Keval Patel took third place and the rest of the team goes 3,5,6,8,9 for 29 points! Ridgewood finished third in the four team race with 97 points. Wiregrass girls junior varsity squad made scoring real simple. Savannah Goode won big in 21:34.70. Teammate Hannah Eder was second in 23:09.10 as Wiregrass had five in the top six spots overall to win with a near perfect 16 points.