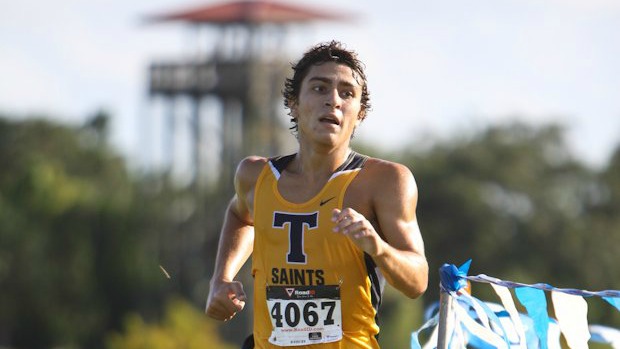 Trinity Prep’s Dan Salas has always been an aggressive runner—the key, no doubt, to why he has gotten the most out of his high school running career—and it is probably this drive that led him to make his choice from among just about any college in America. Just prior to this writing, his acceptance to Dartmouth College, in Hanover, New Hampshire, was finalized.  His response, predictably, was one of anticipation. 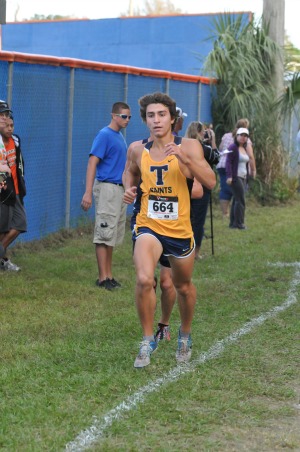 “I am really excited about Dartmouth,” he wrote me.  “The whole recruiting process went really well for me.  Academics have always been really important and from the beginning my goal was to find a school that provided a good balance between great academics and a strong distance program.  I toured eight schools last summer, and talked with the coaches,  and that helped me narrow down my list.  I ended up taking visits to Dartmouth, Cornell and MIT.  In the end, I really liked the idea of not being in a big city and both Dartmouth and Cornell are beautiful campuses,  and besides having great academics, both schools are surrounded by miles of great trails.  At Dartmouth, we actually did what they call the “Sound of Music run” because it is up in the mountains where the movie was filmed.  The final decision really came down to the guys on the team and Coach Harwick.  The guys seem to be really close and hang out all the time, which is something I have had with my high school team, and something really important to me in my college team.  As you probably know, Coach Harwick ran for Dartmouth, has coached there over 20 years, and has had a lot of success with guys who ran similar times to mine in high school.  It definitely feels like it is going to be a great fit for me.”

Harwick, too, was happy to receive Dan’s “letter” in his mailbox.

"We are thrilled that Daniel Salas will be joining the Dartmouth team next fall. When we recruit we need to find students that excel in both the classroom and with their running. Daniel is outstanding at both. Dartmouth is ranked as the #1 school for undergraduate teaching in the entire country by US News and World Report. Dartmouth also has the highest graduation rate, 99.7%, of any NCAA I school in the country. We expect Daniel to be an immediate contributor to the team and a high achiever in his classes.”

Founded in 1769, Dartmouth was among the earliest colleges established in colonial America, and is among those considered as part of the “Ivy League,” or most prestigious of American schools. With New England’s largest hospital system—Dartmouth-Hitchcock Medical Center—outside of Boston, and a college endowment of $3.4 billion dollars, Salas’ choice should reap benefits that reach far beyond his ability to run. 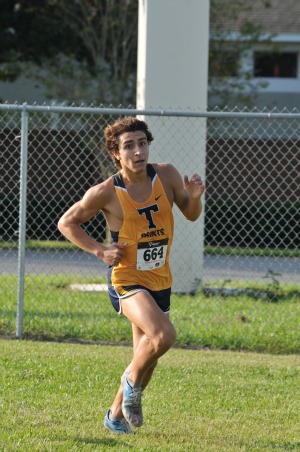 Big Green grads are in the money. So says a recent study compiled by PayScale.com that looks at earnings of alumni at colleges around the country. Graduates of Dartmouth College finished on top of the list with a median compensation of $134,000, edging out alumni of Princeton University who finished second with a median comp of $131,000.

And their athletic programs are nothing to sneeze at. This year alone, four former Dartmouth athletes went  to the 2012 Olympic Games—Sean Furey in the javelin, Erik Storck in sailing, Anthony Fahden in lightweight crew, and Evelyn Stevens, a tennis player while at Dartmouth, who turned heads by making it in road cycling. In addition, 2008 graduate Ben True, and current team member Abbey D’agostino made the trials in the 5000, but just missed making Team USA. D’Agostino, who finished fifth in 15:19.98, will no doubt be back. The junior already holds numerous school records—among them the mile in 4:38.44, the 3000 in 9:02.15, the DMR, and the aforementioned 5000—and finished the 2012 NCAA D1 6K National Championship in second place (19:28.6; 1.3 seconds behind winner Betsy Saina). In its long and storied history, former Dartmouth athletes have won 28 gold, 22 silver, and 13 bronze medals at various Olympics.

For Salas, running will no doubt be quite different in New England. Winters start early, and seem to last—on and off—well into the Spring Track season. There is mud, snow, bitter cold, and mountains. But there is also the change of seasons, and bringing with it the glory of Autumnal colors, the palette of spring flowers, endless miles of tree-lined trails, and a wide variety of terrain that bring out the best in distance runners. And in case all this is dampened by the constantly changing weather, Dartmouth has Leverone Field House, home to the Dartmouth Relays, and the best indoor training facility in the region. (In Hanover, indoor track is indoor track.)

And for distance runners who can keep up with them, Dartmouth is home base for a small coterie of Olympic-caliber runners who train and dream together, among which are the aforementioned Ben True (sixth in the 2012 trials in 13:28.02) and two-time Olympian Andrew Wheating, who lives in Norwich, Vermont, which is only a bridge run from Hanover.

You can expect great things for Dan Salas, both as an athlete and a engineer.

“I will be majoring in Engineering,” Salas told me, “ and plan to stay on for a fifth year to earn my professional Bachelors of Engineering degree with a concentration in Chemical Engineering.”