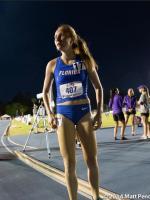 Head Of The Class: C/O 2013 Final Rankings...
Are you the best freshman, sophomore, junior, or senior? Where do you stack up against your peers? We&#39;ve tallied up the times and have found out who is at the Head of the Class for the 2012 cross ...

ThrailKill, Johnson, Titan Teams Best At Metro West...
Edgewater went 1-2 in the boys varsity race with sophomore Joe Thrailkill and junior Mark Irons running personal bests of 16:33.70 and 16:53.20. Dr. Phillips did the same feat on the girls side with A...