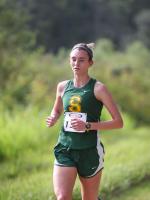 Road To State: 1A Girls Virtual Meet...
We look at the top girls individuals and teams in 1A with the best chance to medal at state....

Grace Blair and Oak Hall Snatch Victory, Westminster Ac...
Grace Blair led the Oak Hall Eagles back to the top of the podium after a 4th place team finish last year. Blair picked up individual honors as well to win her first state title. On the boy's side Mt....

Grace Blair and Oak Hall Continue Dominance, Pocket-Siz...
Grace Blair of Oak Hall and Cooper LaBrant of Indian Rocks Christian both finished second at last year's regional, but came away with gold in 2016. On the team front the Oak Hall girls achieved their ...

1A Region 2 Featured Photo Album: Super Rovin...
Donald Lamb was on-site at the 1A Region 2 Championship at Holloway Park and processed over 400 photos including this images of Olivia Rovin. Dawning the yellow S of Shorecrest Prep, Rovin's story is ...

Shorecrest’s Olivia Rovin, Gulf’s John Jessup Take ...
The Mitchell Invitational at Jay B Starkey Park in New Port Richey was in its ninth year on Saturday. However, it was the first year the meet was renamed in memory of former coach Mike Holl. Holl succ...

WATCH: ALL Race Videos & Interviews From Indian Rocks C...
Josie Garba of Tampa Prep won the Indian Rocks Christian Open for the second year in a row while Cooper LaBrant of the host Golden Eagles took the boys title. On the team front, the Clearwater girls a...