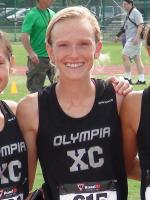 FACA Senior All-Star Girls Virtual Meet...
The top 32 senior girls from across the state will run one last cross country race in the Sunshine State at Lake Nona High School in Central Florida. The East team looks like the squad to beatwith the...

VOTE: Girls Performer Of The Week...
We had over 1,400 votes in our first Performer of the Week poll! Since it was so popular we wanted to continue it going throughout the postseason. We picked seven of the top girls performances during ...

Flrunners.com 15 Race Of Champions Preview...
The top 24 girls teams and 21 boys teams along with select individuals will compete in the prestigious Race of Champions Saturday morning at flrunners.com Invitational 15. The goal is to see how many ...

Girls Battle of the Classes: Which Is The Best?...
Sarah Candiano (1A), Tsion Yared (2A), and Emily Headley (4A) all represent different classifications, but which group is collectively the best? Darrin DeTorres decided to run the numbers. He took th...

Florida's Elite 10 XC Girls Countdown...
Our preseason rankings have shown us how each top returner would fare in their respective classifications, but who are the top ten girls overall? These rankings are based on season bests from 2014. Jo...

Top XC Returners: 4A Girls - Cruz Control...
Alexa Cruz looked like she had turned on the "Cruz control" at the 2013 Cross Country Finals. The St. Thomas Aquinas standout and runner-up the previous fall, ran away from the field to win the champi...