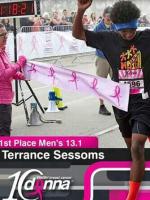 Which Senior Boys Have Improved The Most Since Freshmen...
Mandarin senior Fuad Batteh isn't ranked in the top 75 in the senior class with his PR of 16:43.50, but Batteh has come along way since he was a freshman for the Mustangs running a SB of 22:48. That...

FACA Senior All-Star Meet: Boys Virtual Meet - Cacciato...
The 20th FACA Senior All-Star Classic will take place this weekend in Tallahassee at Apalachee Regional Park. Two weeks after the Cross Country Finals, the class of 2017 will have one last race in t...

Hertenstein-Delay Duel, Steinbrenner Girls Take Down Wi...
Bailey Hertenstein and Kayley Delay came into the 4A Cross Country Finals with the top two times regardless of class. In the end it was Hertenstein who came away with her second straight title. On the...

Who Won The Week? 4A Region Results Merge - Top Two Boy...
Timothy Doyle wasn't in the front at the beginning of the 4A-1 race, but that was just fine for the 4A 1,600m state champion. The Freedom junior picked up yet another winning the title in a new PR of ...

4A Region By Region Virtual Meet/Preview: McFetridge Vs...
It's regionals week! 4A, Florida's largest cross country classification, will kick off the road to state at the regional level as athletes head to South Florida on Thursday for 4A Region 4. We preview...

WATCH: Top Ten Races From The Week You Don't Want To Mi...
Every week we have coverage teams across the state to get the best race videos, interviews, and photos from South Florida to the Panhandle and in between. For our county and conference championships, ...

Who Won The Week? Boys All-State Results Merge - Estero...
One week after running a personal best of 16:08.20 at the flrunners.com Invitational, Estero senior Arye Beck clocked the second fastest time of his high school career at the FSU Invitational (Pre-Sta...