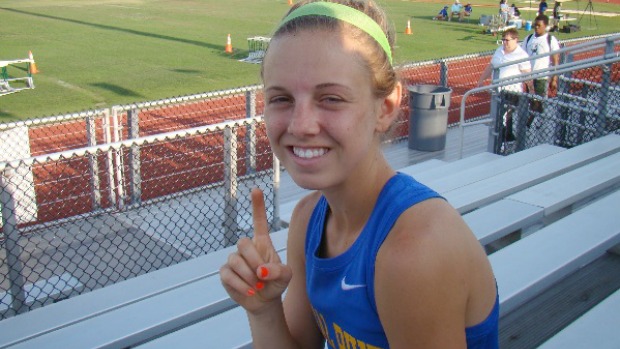 If you can imagine, for a moment, a television game show that describes a person in relatively contradictory terms, and you—as part of the audience—have to separate the real contestant from the invented one, Clarissa Consol might open wide a door to self-doubt. Is the Clarissa that you see a self-described scholar, or an athlete; a whiz with numbers, or with words; a soccer player, or a runner? 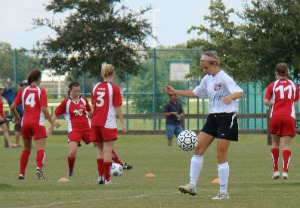 In this case, the answer is yes; yes to all the aforementioned questions. As she explains:

“This is my first year of cross country, and I fell in love with it. I was supposed to play soccer in college. That was what I was recruited for.”

Her father, Keith Consol, elaborates, “She played competitive soccer in high school, through eleventh grade, for Crystal River, and for the Ocala Lightning. They—Ocala--are state-ranked.”—currently fourth in the State of Florida, according to http://home.gotsoccer.com/rankings/team.aspx?TeamID=--“The girls on that team go to Trinity Catholic, and this year Trinity won the 2A State Championship” (4-1 over Gulliver Prep on February 9th).

“She played for Ocala in the fall, and one day after practice she said, ‘We have to talk.’

“’I want to run cross country in college,’ she said.

“I said, ‘You should talk to Julie Orlowski (the Stetson soccer coach at that time).’ She still wanted to go to Stetson, and was in contact with Julie. She really liked her. Julie knew Joe Matuszczak, the cross country coach, and helped us make contact with him. He said ‘We’d really like to have her on the team.’ Once we knew she would run cross country at Stetson, we contacted Julie and told her.” 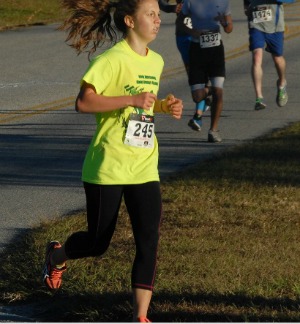 So if your name begins with Coach, and ends in Matuszczak, you will probably sleep very well in the months that precede Stetson’s 2013 Cross Country season. First Amanda Spring, and now Clarissa Consol have joined his already talented program. (You can view this author’s interview with the aforementioned athlete, entitled Spring Declares Stetson “A Perfect Fit,”)

Clarissa: “For soccer, I looked at Florida Gulf Coast and St. Leo. For cross country, I only looked at Stetson. Once I made my mind up (about running cross country), that’s where I wanted to go.

Stetson was a school where I’d wanted to go to, even without sports. It has a small campus—a beautiful campus--and a really rigorous academic program. I want to pursue their law program”—the Stetson Law School, separate from the DeLand campus of Stetson University, is in Tampa, Florida—“and be a ‘double Hatter.’

“For my undergraduate degree, I want to major in math. It’s my favorite subject—I love it—and minor in psychology. It”—the latter—“should help when I go for my law degree in graduate school.”

Ralph: “What was it about Stetson that moved it to the forefront?”

Clarissa: “I loved the team. I got to eat lunch with them, and it seemed to be a family-like atmosphere. I liked that. And my own family is important to me. Stetson is close to home, and I wanted them to be able to see me run.”

Ralph: “In Florida High School, cross country (fall) and soccer (winter) compete in separate seasons. However, in order to align with the rest of the country, on a college level they both compete in the fall. In a perfect world, you might have been able to do both. Would this have tempted you?”

Clarissa: “Probably not. With the academic requirements, I wouldn’t have been able to. College is for an education. To be able to compete is ‘the cherry on top.’ I’d rather excel in one sport, than be mediocre in two.”

Ralph: “In the final analysis, was choosing cross country over soccer a difficult decision?” 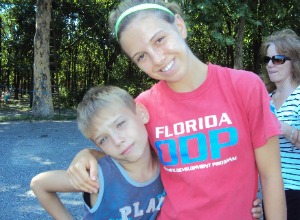 Clarissa: “It was at first, but once I met Coach Joe (Matuszczak) and the team…once I visited the campus, I knew that was the route I was supposed to take.”

Ralph: “Do you dare to speculate any set of circumstances that might cause you to change your athletic interests?”

Clarissa: “As of now, no. I love the atmosphere of running. It has a different camaraderie, like when you go on six mile runs together. It’s a whole different level of friendship. That’s what I love about the sport.

Ralph: “How did you reach your decision to major in math in your undergraduate studies?”

Clarissa: “We have a family friend who is a lawyer, and he mentored me. He was the one who hinted that it was what I should do, because it helps you to think more logically.”

Ralph: “And from that stepping-off point, where will the law degree take you?”

Clarissa: “The law degree was always something that I wanted to do. I don’t know what type of law I want to go into. I have four years to see where it goes.”

Ralph: “Since Stetson has cross country, but no track team, what do you see yourself doing in the spring?”

Clarissa: “I run road races all the time during the off-season, so if I go home—for Christmas, for example—I probably will run them.”

In any case, the “girl with many hats” couldn’t have gone anywhere else, now could she?