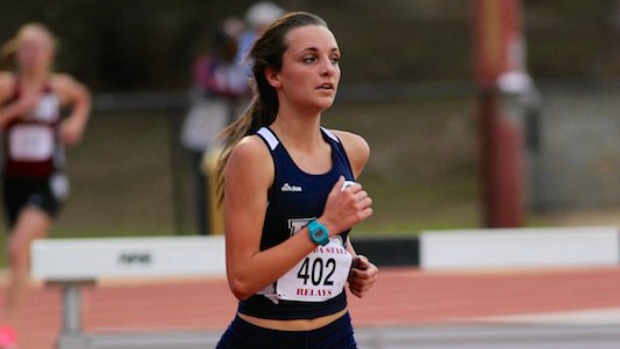 There is no doubt Florida is one of the most talented states in the country when it comes to track and field. We wanted to honor the best of the best with our 2013 Track & Field Athlete of the Year awards. Bridget Blake of Dr. Phillips is our winner in the Girls Distance Event category. Blake won all but four races this season including her third consecutive state championships in both the 1600 and 3200 meter runs.

As a freshman at Freedom High School, Bridget Blake began her quest to become of Florida's best distance runners. She finished second that year in the 1600,3200, and in cross country to Shelby Hayes. Hayes then graduated from Winter Park and went onto attend the University of Florida. Blake's path towards championships became a bit easier. She trasnferred to Dr. Phillips High School and  picked up her first three titles as a sophomore, and three more as a junior to bring her total to six at the start of her senior year.

The Panther star was used to the success. Mild injuries delayed her training at the beginning of the 2012-2013 school year, but it didn't stop her from being a dominant force on the cross country course and on the track. She improved her 5k time to 17:12.00 and picked up her third cross country state title. The momentum carried onto the track where Blake racked up points for Dr. Phillips. She won the district and regional championships en route to her eighth and ninth state championships. Four golds and two silvers in the 1600 and 3200 meters is definitely not a bad way to cap off your senior year. Blake went for the historic triple testing her hand in the 800, but finished second. One of the winningest distance runners the state has seen, Blake will attend Florida State University in the fall.

Congratulations to Bridget Blake our 2013 Athlete of the Year for the Girls Distance Events!