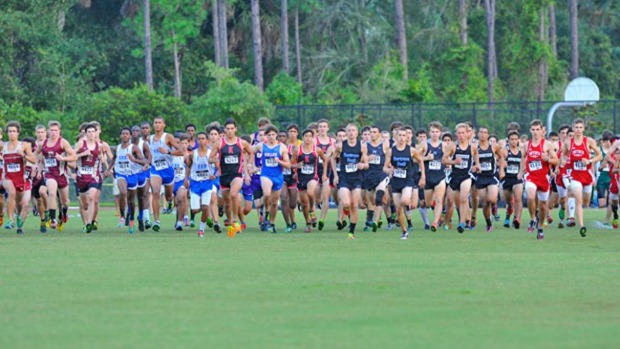 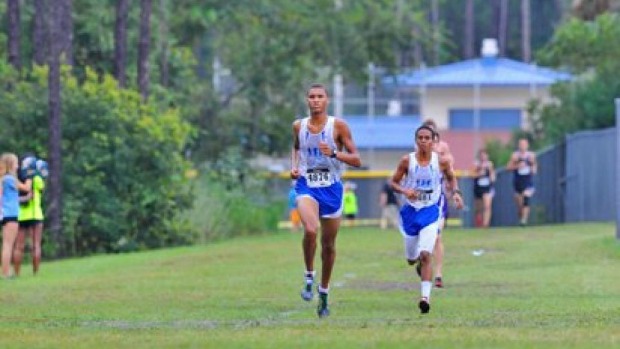 The Ponte Vedra High School cross country course was a "tad' muddy this weekend for the Sharks Invitational. The boys varsity race started the festivities and the duo of Rayford James and Dominic Williams from Robert E. Lee leading most of the way. After a slow start the pace picked up once the runners hit the track with everyone taking full advantage of any dry footing they could get. James pulled away from Williams in the final stage of the race to get the win in 16:27.40. His teammate finished eight seconds back in 16:35.40. Bartram Trail had a very impressive showing on the team side with a strong pack finishing 7th, 8th, 9th, 12th, and 20th for a total of 56 points. Host Ponte Vedra High School paced by Crisman Jones (5th) and Dustyn Johnson (6th) finished second with 90 points, 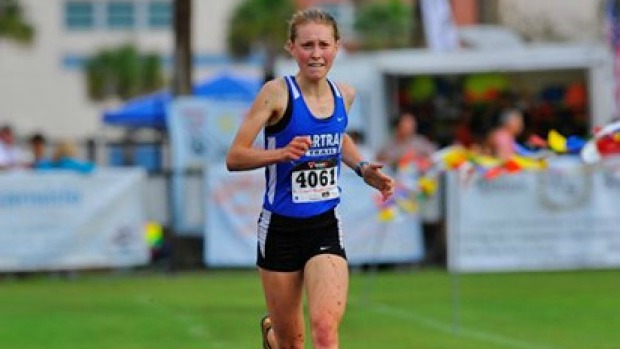 Bartram Trail senior Hannah Giangaspro picked up her first win of the year at the Ponte Vedra XC Invitational. After the boys ran through the mud, the course conditions for the girls race was even worse. Giangsapro lead a majority of the race and crossed the line in a very impressive time of 18:53.90. She was followed by a slew of Providence runners. Eden Meyer came in sixteen seconds later at 19:09.50 in front of Fletcher's Kayley Delay. Meyer's teammates Emily Stallings and Sloan Sylvan rounded out the top five and finished under twenty minutes. The Stallions won the team title with 66 points. Ponte Vedra and Nease tied with 84 points, but the home team had the advantage as it came down to their number seven runner.

In JV action Bishop Kenny's Ben Hutchins nipped past Andrew Wernick of John's Creek 18:34.60 to 18:35.50. Bishop Kenny won the team trophy with an outstanding 23 points; placing their top five in the top nine spots. On the girls side, it was Danielle Corbin of Episcopal picking up the win in 21:41.10. The home team Sharks were victorious in the team competition posting a score 51 points.

* Special thanks to Crisman Jones and Ashley Carpenter for help on the recap.