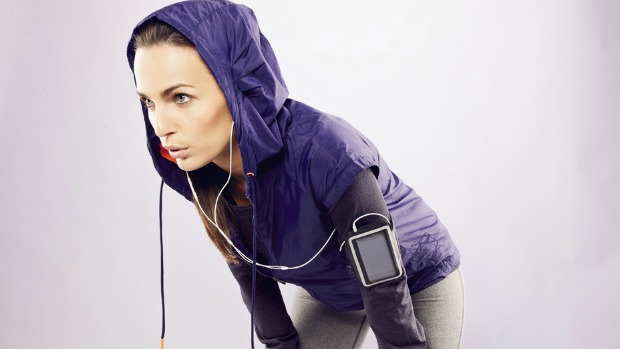 No matter how fast, how hard, how far or how well you run, you have at least one thing in common with every other runner on the planet – you breathe. But is there a right way (or a wrong way) to breathe when running? Can breathing incorrectly decrease performance?

The answer is actually a bit complicated, so let me tackle the easy parts:

Muscles fatigue and limits on cardiac output (the amount of blood your heart can pump per minute) and oxygen carrying capacity of blood occur during intense exercise long before lung function may diminish or fatigue. Simply put, our lungs are not a “limiting factor” to exercise performance, and this is true for both novice and elite runners. However, people with previous lung conditions (i.e. asthma, COPD, emphysema, etc…) may exhibit impaired lung function and diminished exercise performance.

2) Always breathe in and out through your mouth.

There has long been the idea that the best way to breathe is “in through the nose and out through the mouth”. There is some truth to this – AT REST – but just about any physical activity requires increases in ventilation beyond what can be accomplished through only the nasal passages. And thankfully, the areas of our brain that control breathing control this automatically.

Now for the interesting part... There is some research that suggests humans and other mammals utilize locomotor-respiratory coupling (LRC) or entrainment when running (Bramble DM and Carrier, 1983). This is simply the act of synchronizing body movement with breathing patterns. We all utilize a version of this when we swim laps in a pool – timing our breathing to a specific point in the swimming stroke, so we breathe in air not water. But it is also common for galloping mammals, like horses, to exhibit 1:1 (strides/breath) coupling (Daley et al. 2013). One of the reasons for this involves the movement of abdominal contents during exercise, pushing against the diaphragm muscle and lung tissue and effecting breathing. Many mammals likely alter their breathing patterns to maximize these mechanical actions can alter respiratory flow to actually “help” with breathing.

So does this happen in humans, particularly runners? Maybe. There are some studies suggesting this occurs, although humans demonstrate more flexibility in breathing patterns during locomotion (Banzbett, 1991, Daley et al. 2013). There is some evidence that in more elite runners, LRC is more common (Bernasconi P & Kohl J, 1993). The ratio is typically dependent on speed, but often involves 3:1, 3:2 or 2:1 ratio (view table insert on this page). What makes this interesting is that unlike horses and other mammals, our abdominal contents infringe very little on our breathing muscles. However, in humans there may be other factors at work:

-    LRC may cause the “perceived work” of breathing easier, much like the effect of listening to music when running (Bernasconi P & Kohl J, 1993).

-    Coordination of stepping and breathing rhythm may act to minimize antagonistic loading of the respiratory muscles caused by motions of the abdomen and chest wall (Simons, 1996).

Whatever the reason, there may be some value to training our breathing patters to our stride patterns. Budd Coates, a former Olympian, recently wrote Running on Air, in which he promotes focusing on rhythmic breathing to improve performance and prevent injury. His book is a good read and thoroughly provides training ideas and plans. However, the research evidence that changing breathing patterns or that a certain pattern actually improves performance is mixed at best. Having said that, I know many runners, including myself, that have been utilizing LRC for years (even before it had a cool acronym).

So, run well this week. If you attempt to use LRC this week, comment and let me know hot it is going. Good luck!


Next Week: Super Foods… Eat your way to a PR.