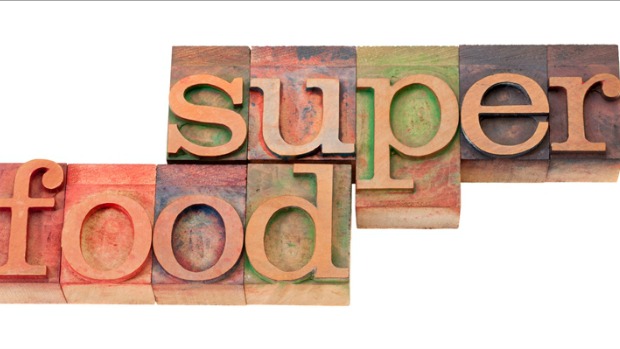 Since the first Olympics, when runners tried taking different herbs and even wine to improve performance, there has been an endless search for the ultimate “superfood”.  Do they actually exist?

Let me start with a disclaimer. If you perform a Google search for “Super Foods and running”, you can read literally millions of articles and opinions on how foods from almond oil to liver extract to quinoa are good for you. Ultimately the benefit of foods is not the food itself, but what nutrients it contains. And it is important to note, there is not a strong case for supporting an ergogenic advantage of any single vitamin, vitamin-mineral combinations, or various vitamin-like compounds. In other words, a single vitamin supplement is not the “magic pill” to a faster 5k.

Having said that, let’s look at some key nutrients that can impact on performance when deficiencies are present:

Many of the B Vitamins, like Thiamin (B1), Riboflavin (B2), Niacin (B3), and Folate (B9), play key roles in our cells ability to make and utilize energy. Specifically, when we exercise, these vitamins make up key enzymes and cofactors that allow oxygen to be used to convert glucose to energy (known as Adenosine Triphosphate or ATP). So not surprisingly, a long-term deficiency in some or all of these vitamins has been shown impair exercise performance (Lukaski HC, 2004; Driscoll, 2006).

Each B-complex vitamin has a unique food source. Generally, unprocessed grains, fish and green vegetables are excellent sources of these vitamins.

Anemia is deficiency of iron causing low red blood cell count and ultimately a decrease in oxygen carrying capacity of the blood. Iron deficiency, with or without anemia, impairs muscle function and limits work capacity. This is of note to runners, particularly young females, who may be predisposed to eating disorders. The high incidence of iron depletion among athletes is usually attributed to inadequate energy intake as well as periods of rapid growth, training at high altitudes, high sweat levels, increased menstrual blood, and even injury (Haynes, 2006).  Some studies have found the prevalence of anemia in endurance athletes to be as high as 25% (Dubnov G, Constantini NW., 2004; Landhai, 2005). So there is a decent chance that some runners reading this are iron-deficient and do not know it.

Technically, protein is a macronutrient, but its necessity for endurance athletes is important enough to make this list. Proteins are often broken down and used as energy by the body during long-term, intense exercise. Because of this, endurance athletes need to consume protein at or slightly above 1.2-1.4 g of protein per kilogram of body weight (Burke and Deakin, 2006). There is no research that says protein intake improves your 5k time, however, protein breakdown from muscle and other tissues essential to performance will be spared.

There are other a couple of other vitamins and minerals that may be helpful for endurance athletes, although there is little evidence they actually improve performance:

Vitamin E – Found in corn, nuts and leafy vegetables, Vitamin E is an antioxidant (a “buzz word” in nutrition circles). Antioxidants protect our cells from damage caused by oxygen-centered reactions in the body – something known to occur with greater regularity in endurance athletes (Powers et al., 2004). Vitamins A and C are also antioxidants, though their need influence on performance in endurance athletes is limiter.

As a last note, let’s address the vegetarian or vegan diet. Vegan is best defined as a diet of plant-based foods (grains, nuts, seeds, vegetables and fruits with, or without, the use of dairy products and eggs). The reality is a plant-based diet can be very healthy as it often high in fiber, many necessary nutrients and antioxidants, as well as being low in saturated fat and cholesterol. Additionally, many of the nutrients mentioned in this article are found in many vegetables.

Having said that, research has not found any difference in performance measures such as oxygen uptake (VO2max), muscle glycogen storage and usage, or overall performance time between vegan and non-vegan athletes. This is usually the point at which vegans (and non-vegans) stand up and share their stories of how eating blank and blank has made them feel better and run faster. I hear you! And personally I have moved my diet in that direction over the last couple of years – with positive effects. However, I can tell you two of the most nutrient rich foods are meats – liver and shellfish to be precise.

So, watch what you eat and know it can impact how you run. See you next week.


Next week… What’s up with that? The weird and bizarre.