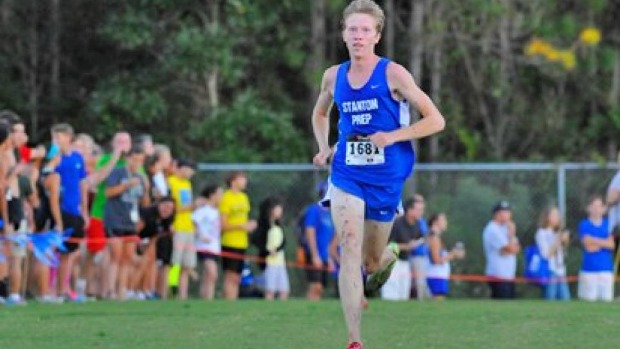 Wesley Norton admits that baseball and football were his first loves. The Stanton Prep senior played baseball his freshman year, but got hurt before the season started. After attending physical therapy, friend Eric Tallbacka, along with his father (who ran a 1:53 800 at Terry Parker High School and ran cross country for JU), convinced him to run track. He ended his freshman season with PR's of 5:01 in the 1600 and 11:40 for 3200 meters, and thus a running career was born.

Norton started running cross country in the fall of 2011 and over his high school career saw his times drop nearly two minutes from the high 17's to high 15's.He recently ran a new personal best time of 15:43.65 to finish 13th at the 3A Cross Country Finals. His success paid off with a college scholarship to run for the University of North Florida. He says he enjoyed the recruiting process and getting to meet coaches as well as other athletes.

"I got to know the UNF coaches pretty well and I really like them. I took two visits, both of which were a lot of fun. I looked at Clemson, and really liked it, but when the coach left I shifted my focus to Florida state, but in the end I liked UNF the most."

After an impressive performance at Katie Caples, Coach Kindt sent Norton a message letting him know they were interested. He wasn't sure if that was the right fit at the time, but after an an unofficial visit he says he came out loving it.

"From that point I was pretty sure that's where I wanted to go. I look forward to making lots of new friends and getting a lot faster! I hope to be a contributor to some A-Sun championship teams and NCAA national qualifying teams."