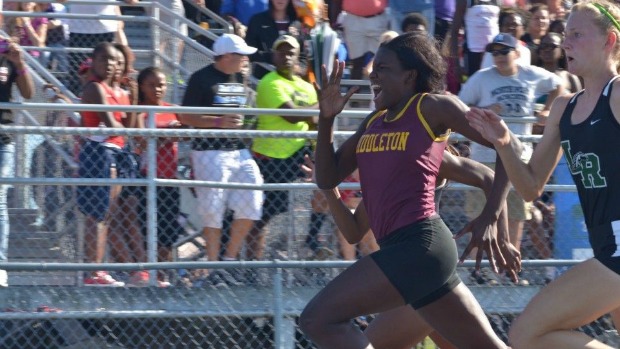 Middleton sprinters Shug Rhynes and Deja Rodgers set the tone early by crushing their personal records in the 100m prelims. Rhynes went 10.54 and Rodgers went 11.99. It would only be the first chapter as both would shatter those marks in the finals. Rodgers ran a wind-legal 11.94 in the finals. Rodgers also was runner-up in the 200m (24.85) behind Spoto's Janae Caldwell (24.67). Rodgers seems one-hundred percent after a hip injury that de-railed her junior campaign.
"The doctors said the injury was too bad, that I couldn't run anymore," Rodgers, who finally reached her season-long goal of getting under 12 seconds, said.
Rhynes improved on his 100m prelim with a 10.37  but it was not wind-legal.  The mark was the third fastest all conditions in the state and 12th fastest all-conditions nationally for 2014. The junio will take that along with a 200m regional title in 21.57. He dedicated the race to his cousin who died just three weeks ago. 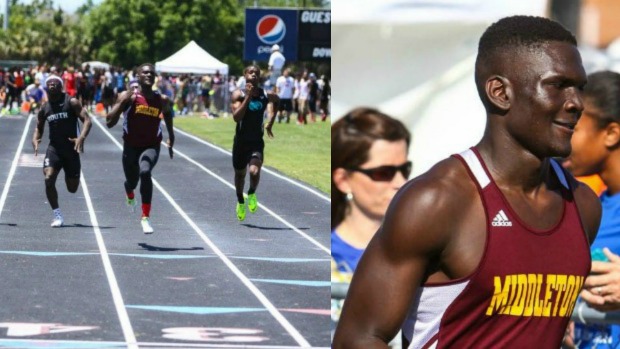 "I don't even know how I did it, I was just running," Rhynes said.
Armwood thrower Byron Cowart shattered his mark from districts by almost five feet going 55-2.5 to win boys shot, now the seventh-best mark in the state. Cowart broke his school record twice at Leto on Wednesday.
"He's consistently over 50 feet in practice," Armwood throwing coach Roland Jones said. "He's able to take advice from different people and make it work."
Ladies and gentlemen, Gaither's Samson Moore is back. In a season hampered by a nasty hamstring injury and one Moore called, "humbling", Moore lit up both hurdle events winning the 110m in 14.28 and the 300m hurdles in 37.34, now the second-fastest time in the state and seventh fastest in the country. Moore got a good push from Ida S. Baker's Mike Shields in the 110m final, Shields just two-hundredths of a second behind.
"I was a little nervous coming into the 110's (with the recovering hamstring) but the 300m felt good," Moore said. "I'm feeling it now (the pain) but it's all good." 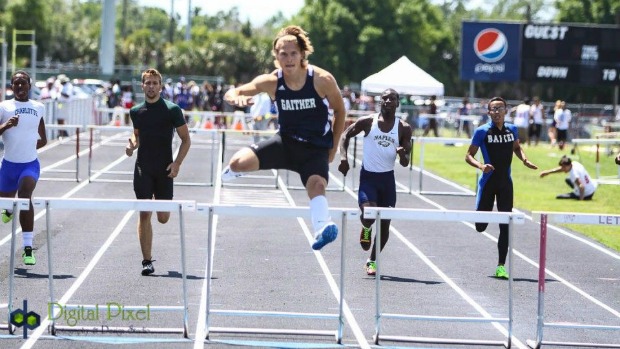 Hillsborough's Dwayne Lawson won both the high jump at 6-4 and the triple jump at 47-7, going more than four feet past his mark from districts.
Gulf Coast's Brandon Tirado won the boys discus with a monster throw of 171-0. He followed it up with a runner-up finish in the shot, a 51-10.
Charlotte's female thrower Jenny D'Alessandro was just off her second-best mark in the state coming in with a 144-6.25. It was plenty good enough to claim regional champ.
Osceola pole vaulters Carson Waters and Jennifer Kistemaker both won their events. Waters tied the third best jump in the state at 15-6 and Kistemaker battled through a torn ACL, a shorter approach and multiple poles to clear 11-0.
"I tried a different approach today, I'd been looking at videos of sprinters, seeing how then ran," Waters said. "It's all about being tall when you plant." 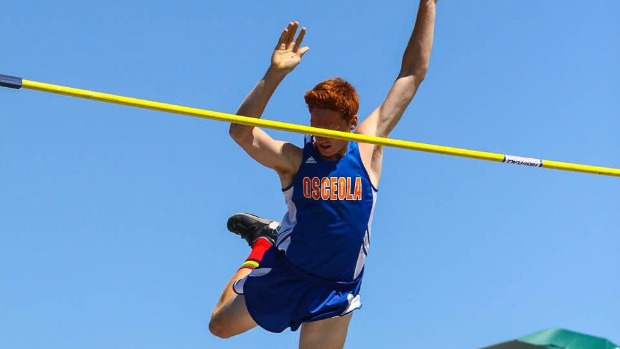 The highlight race of the day came in the girls 800m. Containing three of the top 10 runners in the state, it made for scorching times. Gaither's Rachel Cazares leapt out to a formidable lead and held it for much of the race. Only on the final turn did Estero's Katie Slater overtake her. It pulled the top five girls to finish all under 2:20, Slater winning it in 2:16.17. Emily Harding of Sarasota was second in 2:17.48, Cazares third in 2:17.59 and Erin Avers of Clearwater was fourth in 2:18.04. Tragically, Mallory Bell of Lely finished fifth in 2:18.67, a top 20 time in the state but not good enough to advance. Bell did qualify as the Lely girls 4x400m relay grabbed the fourth qualifying spot.
The King High School 4x100m relay improved on their already scorching marks by running a 41.95 in the prelims, then winning the finals in 42.14.
Harding of Sarasota also won the 1600m in 5:03.60 with Slater right behind her at 5:03.80. Teammate Angelina Grebe won the girls 3200m in 11:23.84. 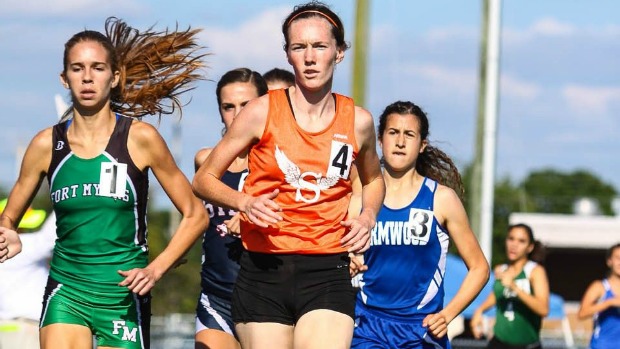 Emily Robinson of George Jenkins won the girls pole vault at 11-0.
Darlene Charles of Golden Gate won the girls long jump at 17-9.5
Lakewood Ranch girls cruised to a regional title at Leto High School in Tampa Wednesday, out-pacing Golden Gate 77 to 44. Estero was third with 40. On the boys side, Sarasota edged Ida S. Baker 40 to 39 with Armwood, Hillsborough and Jefferson tied with 37.