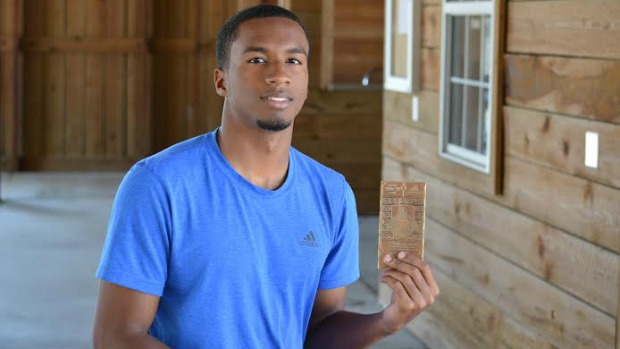 Kendal Williams has his golden ticket. The 3A state champion in the 100 and 200 meters and 2013 Dream 100 finalist is one of two Floridians to receive the prize joining Krystal Sparling of St. Thomas Aquinas. With the 38th Golden South Classic taking place on Saturday and the Adidas Grand Prix in New York City less than a month away, who else will make the trip to Icahn Stadium on Randall's Island? We breakdown the athletes that will be competing who should be a lock, those who are on the cusp, and those who with the combination of a win and the right times could be a dark horse! Note: We will preview the boys and girls mile events tomorrow. 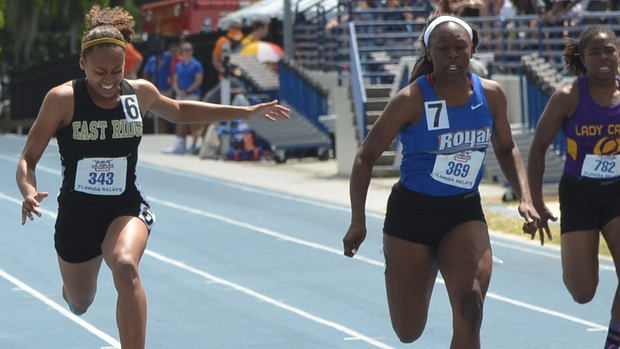 *Note: (These are the opinion of the author and are not confirmed)

Name/Grade: Kaylin Whitney (Sophomore)
School: East Ridge High School
100/200 Season Bests: 11.36w/23.45w
Major Wins: 4A State Finals, 4A Region 1 Championships, Bob Hayes Invitational
Todd's Take: Kaylin Whitney is one of the top sprinters in the country hands down. Her 11.36w is second in the country behind only Sparling who has received an invite and her 200 mark is US#5. In a head to head match up at the 4A State Finals, the sophomore beat Sparling in both events to win the third and fourth state titles of her young career. Whitney made history last year as the first freshman female to be invited to the Dream 100 in the meet's short history. She placed fifth at the event in 11.64.

Name/Grade: Teahna Daniels (Junior)
School: The First Academy
100/200 Season Bests: 11.37w, 23.68
Major Wins: 1A State Finals, Florida Relays, Texas Relays
Todd's Take: Teahna Daniels ended her sophomore season last year by falling to the track at the 2013 Golden South Classic. Daniels was in control of the race when she pulled up with a hamstring injury and everything came to a halt. Proper nutrition, a new coach, team, and a new outlook has once again put her on the national stage. The junior ran a current US#3 mark of 11.37 to set the meet record at Texas Relays and followed that up with another stellar showing at the Florida Relays where she handed Whitney her first loss in years. Daniels is coached by Ricky Argro who has had success with past sprinters at the Adidas Dream 100. Do the names Levonte "Kermit" Whitfield and Marvin Bracy ring a bell? 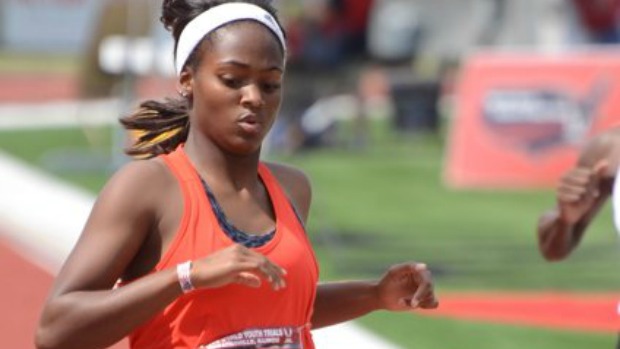 Deanna Hill: Even without a win a good showing could prompt  Hill for a return trip to the Dream 100. Lake Highland Prep senior and University of Southern California signee won the Golden South Classic in 2013 and was seventh at the Dream 100. Hill won the 2A State Finals in the 100 meter dash and has posted season bests this year of 11.73 and 24.12. She had been battling a nagging hamstring injury in the latter part of the season, but her dad and coach Harold Wise, says she is feeling great and will be ready to go on Saturday.

The winner of the girls 100 meter dash will receive an automatic bid to the Dream 100. Here is a list of girls I think have a shot of upsetting the favorites.

Caitland Smith: A University of Texas signee Smith has personal bests of 11.73 and 23.88. In 2014, she was the runner-up at the Alabama state meet in both events after winning them as a junior. The Pelham Highschool standout has broken 12 seconds once this year, but as she shown in the past she is definitely capable of faster times.

Diamond Spaulding: The St. Thomas Aquinas junior has the fourth fastest seed time in the field at 11.61 and has run under 12 seconds ten times this season; one of  the most consistent runners in the group. She has been working out with Nigel Bethel of Booker T. Washington to prepare for this meet and really wants to head to the Big Apple. Can she join teammate Krystal Sparling on June 14th?

Alfreda Steele: Steele is the real deal. She beat Hill head to head at regionals in the 100 and was second to her in the 200. The roles were reserved at the 2A State Finals when Hill won the state title in the 200 and Steele brough back the win in the 100. The Pasco High School sophomore has run 11.64w and 24.05 this season. She's not from a big city or big school and doesn't have the big name of the other entrants, but that is how she likes it. 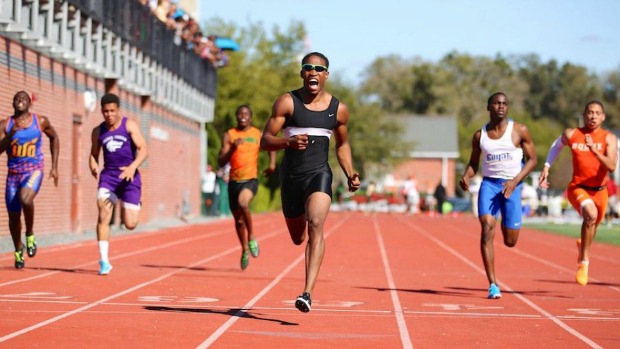 Name/Grade: Terry Jernigan (Senior)
School: East Ridge High School
100/200 Season Bests: 10.35/21.24
Major Wins: 4A State Finals, 4A Region 1 Championships
Todd's Take: In his first two meets of the year the East Ridge senior picked up wins in 10.35 and 10.36. He ran under 10.7 six times (including prelims) and only lossed twice this season; at the Bob Hayes Invitational behind Dream 100 qualifier Kendal Williams and at Florida Relays where he was sixth in 10.43! Jernigan cruised to victory at the 4A State Finals in the 100 and 200 with times of 10.51 and 21.39 respectively. Jernigan has been rearing to go again since state and comes in with the second fastest seed time behind Andre Ewers of Piper who he beat in both events at state.

Andre Ewers: The Piper senior has put up very impressive times this season including a 10.31 and 10.33 from the prelims and finals at the 4A Region 4 Championships. His 10.31 was the sixth fastest in the country this year. If Jernigan gets the invite, I wouldn't be surprised if Ewers gets one as well. Despite, only running in six meets he only lost twice this year, both at the hands of Jernigan at the state meet. The Jamaican born runner also boasts a 200 meter personal best of 21.09.

Nigel Bethel: Bethel was a HUGE factor in Miami Booker T. Washington's success this season. The senior won both the 100 and 200 at the 2A Region 4 Championships. He won both events easily at the 2A State Finals and was also a member of the team's nationally ranked 4x100m relay and 4x400m relays. Bethel told me after the race his wins were like taking candy from a baby. He has yet to face a majority of the competition he will see this weekend at the Golden South Classic. The TexasTech football and track and field signee has been training hard in South Florida the past few weeks. Can he extend his high school career to one more meet? He starts college the following Monday after the Dream 100.

Jaalen Jones: Jones is the top out of state entrant in the field. The Thompson High School senior is the Alabama state champion in both the 100 and 200 meter dashes. He has a season best of 10.49w and 21.17 he ran just three weeks ago. He is peaking at the right moments and could steal the thunder from the Sunshine State sprinters.

Devarius Turner, Vincent Vaughns, Michael Timpson Jr., and Isiah Taylor have all run under 10.6. It will be a long shot, but as the saying goes "win and you're in".