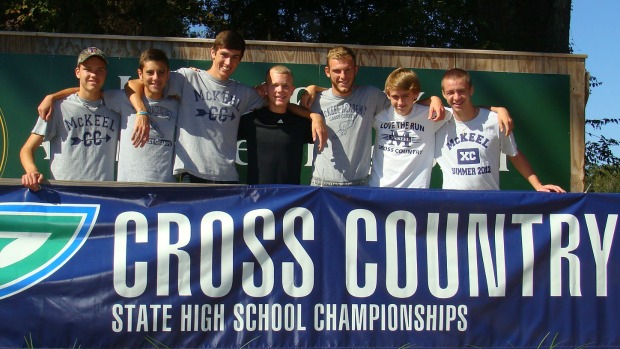 New coach Reginal (Reg) Hay will take over the boys cross country coach at McKeel Academy. Although he may be a new face, the Wildcats only graduated one runner from a 2013 team that finished fifth in 2A. A majority of the team has been together for the past three years and have that one last shot mentality to finish out their high school careers on a strong note. The varsity seven consists of Casey Brady, Caleb Brady, Thomas Good, Leif Henrikson, Dakota Jones, Duncan Lippincott, and Dylan Sadowsky. Last year, the team had a 1-5 split of EIGHT seconds, based on returning times it's a little higher at 35 seconds, but none the less very impressive. Lippincott and Henrikson were 36th and 41st respectively last year and are predicted to finish inside the top 20 along with Casey Brady. In addition to the "veterans" the school also has several runners that will be on JV showing great promise, and a handful of new athletes coming out to inquire about the team.

At McKeel, they have a mini Brady bunch. In addition to Casey and Caleb their father Ken is an assistant coach who has been helping Hay run the summer conditioning program since May/June. Their focus has been getting in quality mileage as well as overall physical conditioning. The group has incoprorated cross training into their daily workouts including cycling and/or swimming. Team work, consistency, and the overall fitness are the strengths of the squad. The Wildcats have arguably one of the best packs in 2A along with favorite Trinity Prep. They won't beat the Saints, but they should make the podium as the 2A runner up.

Our boys work together as a  team. They have been together for over three years. They know each others strengths and weaknesses. Supporting the team is a key item for each runner. We are looking to do well at the larger meets we are going to this year: FLrunners.com in Titusville, UF Mt. Dew Invite, and FSU Pre-State. The goal is to get on the podim at states."