The 2015 FHSAA Outdoor State Finals kicks off Friday in Jacksonville with class 1A/2A. Ricky Quintana gives us a preview of the state's smallest classification.

Since 2005, Holy Trinity has won four state titles and been runner up four other times. In the same time span, Admiral Farragut's best finish was last year's fourth place tie. Well, the Blue Jackets are primed to make history at this year's FHSAA State 1A Track and Field Finals at Hodges Stadium on the University of North Florida campus in Jacksonville, FL.

Admiral Farragut has 13 qualifiers in the top eight based on their regional performances and are looking at scoring in nine of the seventeen events. Their biggest weapon will be Brittany McGee. Last year's double champion in the 100m and 300m hurdles could pick up two other wins in the long jump and triple jump to tally 40 points in all on the day- not too shabby for the Stanford bound senior. 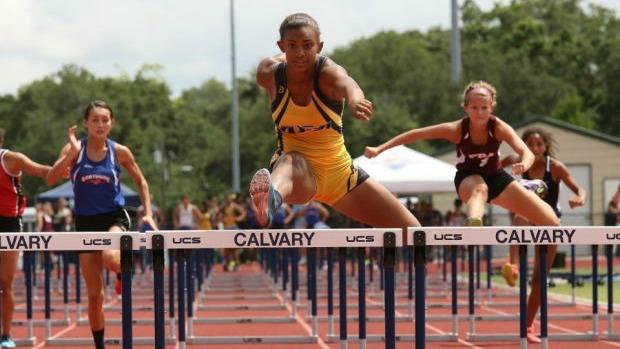 Besides McGee, the Blue Jackets have 12 other performers including top performer Katie Barnett in triple jump, long jump, and 300m hurdles and Ashaunti Brown who will vie for the state title in the shot put and discus. On paper, their 86 points will be tough to beat and could bring home the first girl's track and field title in school history. 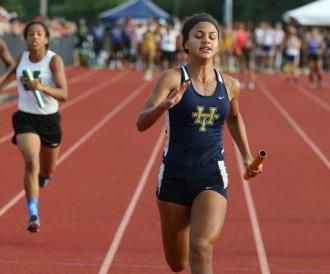 Holy Trinity will not go down easy. The Tigers have twelve athletes ranked in scoring positions and are poised to collect points in twelve of the seventeen events. They have a formidable teams in the 4 x 100m, 4 x 400m and 4 x 800m relay teams , Sydney Smith in the 1600m run, Shelby Smith in the 800m run, Amy Jameson in the pole vault, and Gianna Gayles in the 100m hurdles and long jump which could produce some big points. On a great day and a so-so day by Admiral Farragut, the Tigers could pull off the win- that would be win number five.

Evangelical Christian should also be in the hunt. Senior Sarah Candiano will try for wins in the 1600 meter and 3200m runs and will have some more fire power to back her up. Seventh grader, Sierra Oliveira blazed to a personal best by 3+ seconds to win the region 3 meet. Couple that with strong teams in the 4 x 400m and 4 x 800m, Moriah Oliveira's top ranking and Kylee Rullo's 3rd spot in the 400m- the Sentinels are projected to finish with 60 points. 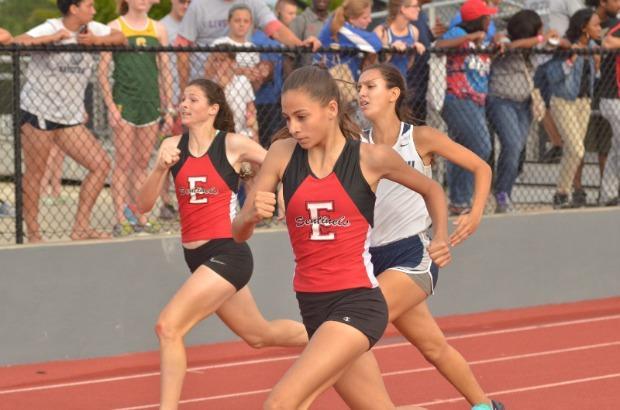 Oak Hall's chances of winning another state title had a big setback when Tymiah Montgomery fell to the track with a broken collar bone and pulled hamstring at the Alachua County Championships in early March- that was huge points in the 100m and 200m dashes plus another leg in the 4 x 100m and 4 x 400m relays. However, the Eagles have eight athletes ranked in the top eight in their events. Nadiria Evans could have a big day as she could pick up wins in the triple jump, 400m, and the 4 x 800m and 4 x 400m relays. Couple that with Grace Blair in the 800m and Lindsay Rosenberg in the 1600m and 3200m runs and the Eagles could post some big points in the team race.

Individually, all eyes will be on Texas bound senior Teahna Daniels of First Academy. This year she's posted wins at the Texas and Florida Relays and powered to wind aided 11.15 and 11.21 in the 100m just ten days ago. Her non wind aided best of 11.31 at USATF Junior Nationals and Adidas Grand Prix last year are better than Octavious Freeman's state meet best of 11.39 set in 2010. That is still a bit inferior to the 10.3 100 yard state meet record set by Chandra Cheeseborough in 1977. Her time converts to 11.3. 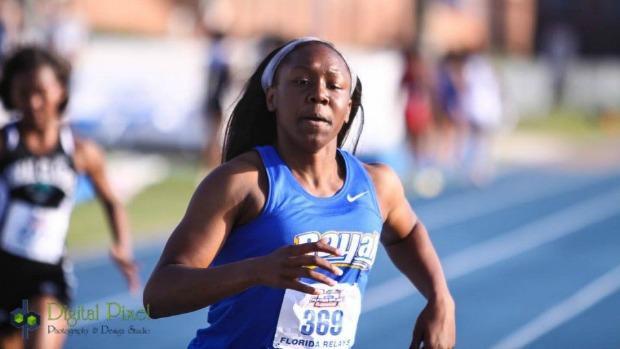 Has anyone ever won four titles in a day? Yes. It has been done on eight occasions. The last being Robin Reynolds of Jackson in 2011.

May I have another? Last year's champions looking for second consecutive titles.

Holy Trinity. 4 x 100m relay- going for title number 4 in a row. They have won four of the last five titles. 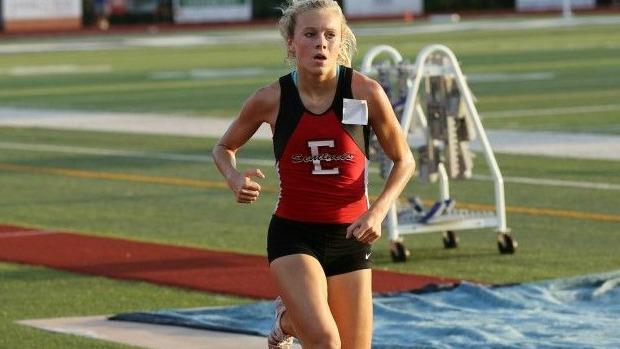 The Lions have 13 athletes in scoring positions in twelve of the seventeen events. The Royals counter nine athletes in nine events.

The Royals will look to second ranked Armand Woodley in the pole vault and top ranked Allen Wiggins in the shot put to ebb the Lions early onslaught. Once they hit the track, they will rely heavily on Jahquez Durham who is ranked second in the 100m dash, first in the 200m dash and will anchor the top ranked 4 x 100m relay team. Jonathan Griffin Heard could provide valuable points in the 300m hurdles and if it comes down to it, the Royals have the second ranked 4 x 400m relay team to match up with the Lions fifth ranked team. 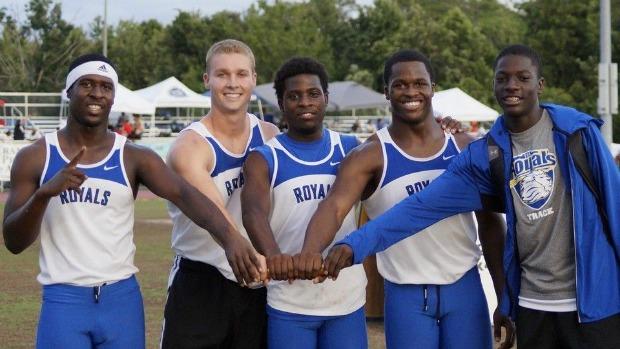 A win would be the third for Westminster Academy who won in 2008 and 2014. First Academy has finished second the past two years and a win will be the first in school history. 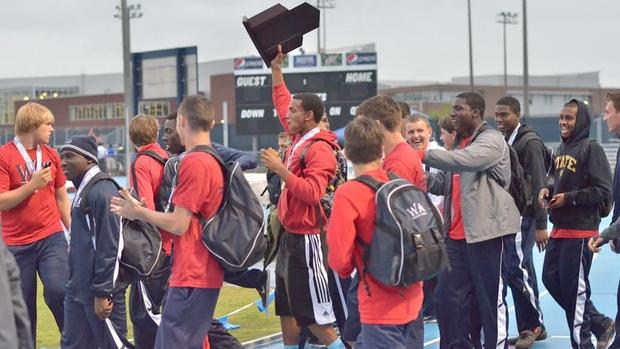 Evangelical Christian's Drew McMichael has soared over 16 feet twelve times in his career. His personal best of 16 feet 5 inches as was set in winning the FSU Relays. The Auburn signee could easily get the 1A state meet best of 15 feet 6 inches set by Lake Highland Prep's John Meadows in 1986 and with an excellent day could challenge Mike Vani's all-time state meet mark of 16 feet 8 inches set in 2009. 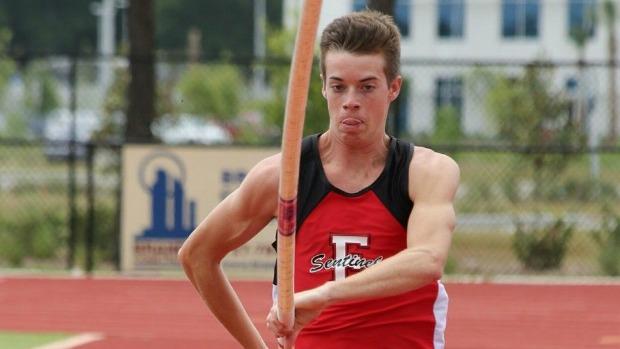 Clearwater Central Catholic soph CJ Cotman's 10.83 is not too far off of the 1A state meet best of 10.55 set by Kwadarius Smith, First Academy (Orlando).

Windemere Prep senior and Brown signee Franco Martins burst onto the scene with a surprise win at the FHSAA 1A State Cross Country finals in 2013. Since then it has been a steep improvement. This year, he has run 4:16.01 and a jaw rattling 9:03.87 for 3200m. He'll have his work cut out for him if he is to take down Omar Osbourne's (Upperroom Christian) 1A state meet 1600m record of 4:12.45. In that storied race, Osbourne upset Rolf Steier of Berkeley Prep who ran an awesome time of 4:13.03. Martins may have a better shot at the 3200m 1A state meet record time of 9:17.85 run by Daniel Salas of Trinity Prep (Winter Park) in 2013. But Martins may too be susceptible to the upset as Seffner Christian junior Noah Perkins has three marks under 9:30 this season and sped to a 9:25.54 at the region meet to put himself in the hunt. 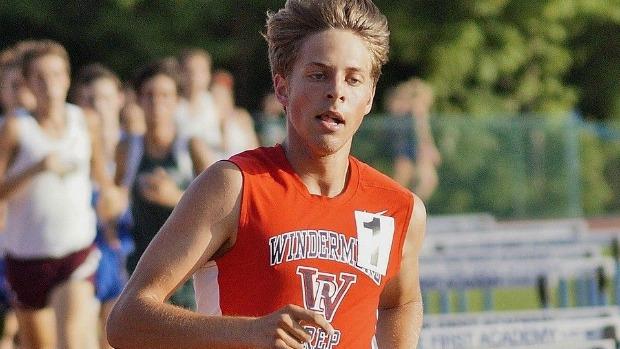