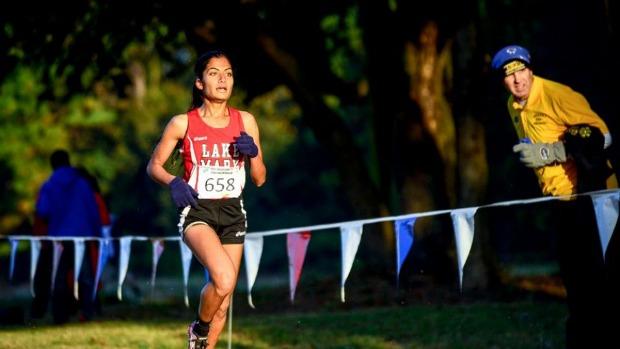 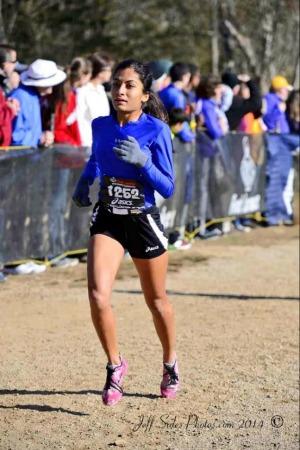 My most memorable race was the Footlocker South Regional Championships. I loved the course, the weather was perfect, and I PR'ed by 14 seconds! I was super excited to call my coach right after since she wasn't able to come. It was so awesome racing against so many fast girls and that was the first time I was in a race with so many people who weren't only from Florida!

Myself because I've learned that it doesn't matter who you race against, what matters is if you let them get to you. Then you'll be running their race instead of yours.

My greatest accomplishment was the ability to gain so much knowledge about cross country and track. I went from running three days a week my freshmen year and barely making it on varsity because I thought you'd be ok if you only ran 15 miles a week to actually knowing that that's not the case and becoming the best high school runner I could be (with many miles in between).

Definitely knowing more about running sooner. I would actually run my freshmen/sophomore years instead of skipping workouts and hiding in neighborhoods.

Every year over summer I have to fast for a month (Ramadan). My freshmen and sophomore year I didn't run while I did this but I started to beginning the summer going into my junior year (the year where improvements began to show). It's where I don't eat or drink from sunrise to sunset In order to gain discipline, so I would eat a little during sundown and go for a run around my street (a 400m loop). I would run around about 35 times and eat my full meat afterwards each night for one month because I wasn't allowed to go anywhere else since it's too dark outside and I'm the only one who runs in my family. I did this again last year and I'm about to do it again this year! It's an obstacle I have to overcome every year but it's worth it. 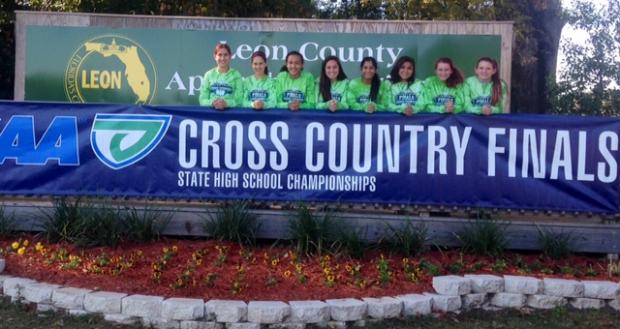 The many friends and people I've met through running, especially my teammates and coaches.

TAKE YOUR EASY DAYS EASY! It is so crucial for your body to recover. No goal is too big as long as you work for it but in the mix of it all don't forget it's little things like that make the biggest difference.

I can't even list how much of an influence my coach has on me. She always says it has to come from our hearts first and once I finally figured that out she has done whatever she could to help me with any of my goals. She helps me focus on myself during a race instead of those around me and gives me splits/race strategies the day before a rest. I know I can hit whatever time she thinks I can because she knows me better than I know myself! I really will miss her. 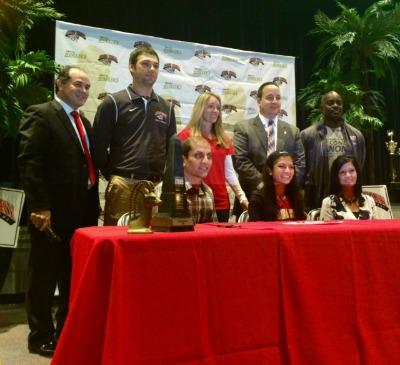 I'll be running track and cross country for Florida State University this fall! I'm so excited to begin a new chapter in my life and work my way up as I start at the bottom again. GO NOLES!

My dad for being my biggest fan and #1 supporter even though he still doesn't know anything about running haha and of course the rest of my family, ALL the coaches I've ever had, my super fast teammates (shout out to the freshies that never slacked like I did my freshmen year), and FLRunners for allowing me to always stalk everyone's times.

I can't wait to see the many things everyone accomplishes next year! I'll be in the crowd cheering when you guys come to Tallahassee.