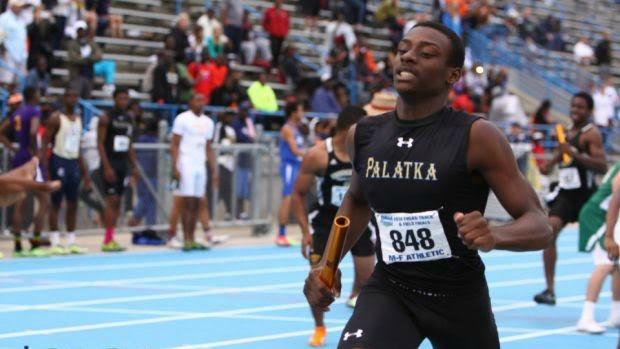 What was your most memorable race/competition?

My 11th grade track season when I found out that we finished in the top 8 at the 2a State Championship.

I would consider Bishop Moore the biggest competition.

My greatest accomplishment was placing at state two years in a row.

I would have started competing in running events my freshman year instead of my sophomore year.

Competing in a sport I had never done before.

I will miss running with my team, my coach, and other people I met at track meets.

Never give up even though in the beginning it is a hard thing to do. In the end you will be satisfied.

When I first arrived at high school I didn't know if I would have the opportunity to play sports collegiately, but Coach G was able to help me find a college to run track for.

My college plans are to attend the University of Mobile stay there for four years and get my degree in Computer Engineering.

I would like to say thank you to my mom, dad, Coach G, and everyone else who was there.