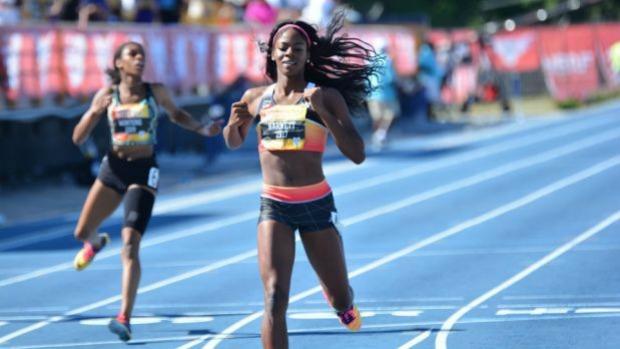 Florida's best headed to North Carolina for New Balance Nationals Outdoor, a chance to prove they are the the tops in the nation and earn All-American honors. Check out our day by day recap of all the action!

Saturday was action packed, but Sunday might have capped off the stellar showing by team Florida. University of Florida signee Sharrika Barnett (pictured above) wanted to go sub 53 all season long and broke that barrier at the Golden South Classic running 52.85. Barnett had other ideas this weekend clocking the fourth fastest time ever by a Floridian and US#1 mark of 52.25 to win the 400 mater dash. Symone Mason who anchored the South Dade Express Swedish Relay on Friday was the runner-up in 53.07, the fifth fastest time in the country, and she's just a sophomore!

Speaking of state leaderboards, Nicole Greene tied Viktoria Andanova of Coral Springs for the best ever high jump in the state of Florida with her clearance of 6'01.5".

Greene who had a spectacular state meet winning the high jump, long jump, and triple jump and numerous titles over her career will head to the University of North Carolina this fall. 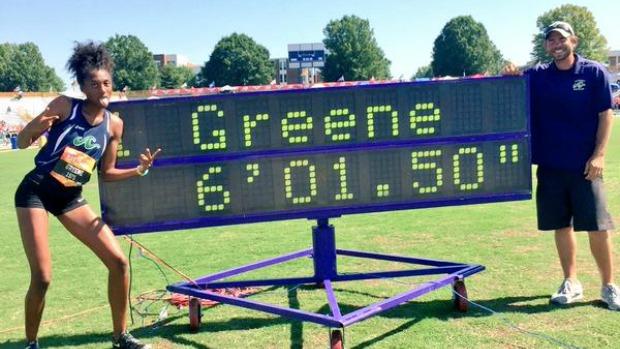 4A 200m state champion Diamond Spaulding who is headed to Texas A&M was third in the girls 200m dash running 23.80. 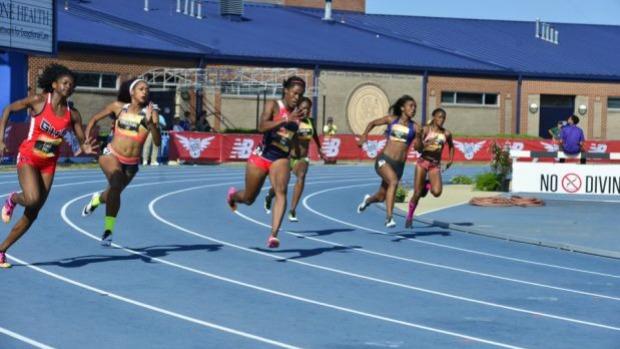 The story of the day might have been 8th grade sensation Tyrese Cooper. Cooper hopped on his first ever plane ride to North Carolina for New Balance Nationals and clocked a 46.44 in the 400 good enough for third place. Although, just an 8th grader, the mark broke a freshman national record of 46.55 that stood for THIRTY YEARS. Barron Collier's Brandon Cachon was 5th in 46.76, Dr. Phillips senior and FAMU signee Jamari Smith was 8th while St. Thomas Aquinas' Rasheed Tatham placed 9th.

Rising senior Madeline Beaubien of Wellington High School finished fourth in the EE 800m with a time of 2:13.28, the second fastest of her career..

In one of the last events of the entire meet, Auburn signee Drew McMichael climbed up the states all-time pole vault list to second with a clearance of 16'9.25" which is behind only Mike Holloway who vaulted 17'1.5".