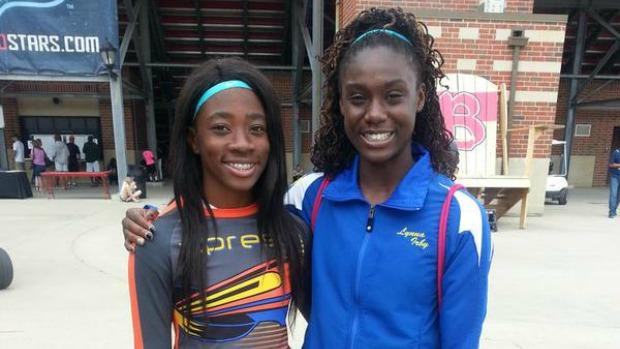 (Florida will be sending Southridge's Symone Mason and Creekside's Jordan Fields to the World Youth Championships in Cali, Colombia. Mason, pictured here with Lynna Irby of Indiana won the 400m in a US#4 time of 52.80 while Fields won the heptathlon title with 5,087 points. Check out our Florida recap of all the action from this week's World Youth Trials.)

Miami Southridge rising junior Symone Mason ran the fastest time in the prelims, 53.84, making her the one to beat in the finals (WATCH: Mason's Prelim Post-Race Interview).

Indiana state champ Lynna Irby jumped out to a fast start on the outside lane, but Mason who is an outstanding 200 meter runner as well (5th at World Youth Trials) made up the stagger and hit the split with Irby in 24 to 25 seconds together. The New Balance Nationals runner-up hit the final turn hard and crossed the finish line in a personal best, FL#2, and US#4 time of 52.80 Mason talks about her emotions after the race.

"Coming across the finish line and hearing that I went 52 I was ecstatic. I was overly filled with joy, but the audience probably couldn't tell since i tend to hide my emotions well. The game plan was to do what I always do, which I did, and came out with the win. As far as the 200, my legs were heavy still from the 400 and at that point it was like whatever because I was sure I made the team already. It's an honor to travel internationally and compete against top notch athletes and represent my country at the same time. Overall, I'm very excited." 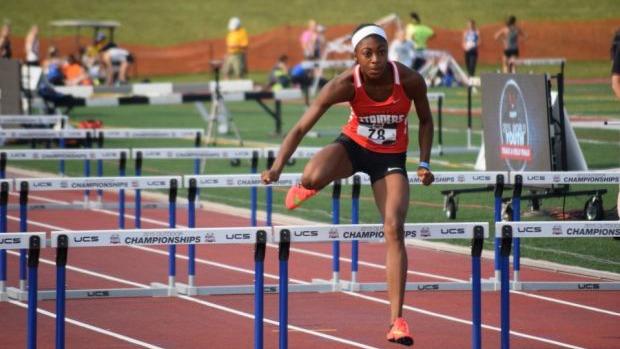 Creekside rising senior Jordan Fields, who competed in the 100m hurdles, 400m dash, and high jump at the 3A state meet, just missed a national title in the heptathlon at New Balance Outdoor Nationals where she finished runner-up with 4,948 points. (Note: she was awarded national champion due to the first place athlete being from Canada). At this week's World Youth Trials, she set a new personal best of 5,087 points to win the event and earn a berth on Team USA at the World Youth Championships in Cali, Colombia. Fields scored nearly 900 points in both the 100m hurdles (14.57) and high jump (5'08), the second event, where she began her lead and never looked back. 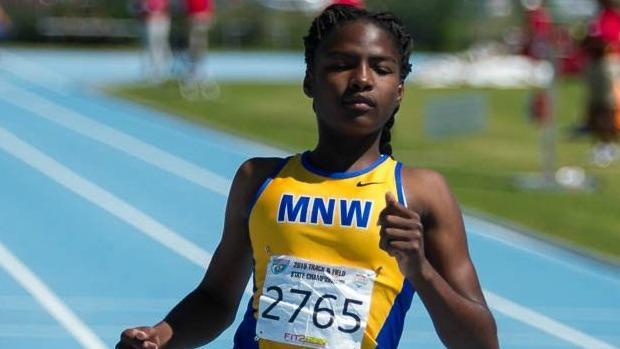 Miami Northwestern rising junior Twanisha Terry has quickly risen on the national stage after winning the 200m dash and finishing runner-up in the 100 at the NSAF Caribbean Scholastic Invitational in Cuba, and runner-up finish in the 100m dash at New Balance Nationals last weekend in Greensboro. This week in Lisle, Illinois, the site of the World Youth Trials, the 3A state champion in the 100 and 200 tried to land a spot on Team USA for the World Youth Championships in Cali, Colombia. Terry came up short in both events with a fourth place showing 23.96 in the 200m dash and fifth in the 100m with a time of 11.83. She says she was disappointed with the outcome, but is optimistic about what the future holds.

"I expected to make the team however, I didn't. The races were really some of my most exciting because I was running with sophomores are top ranked nationally. The meet was a nice experience and I will be more than glad to run at that meet again." 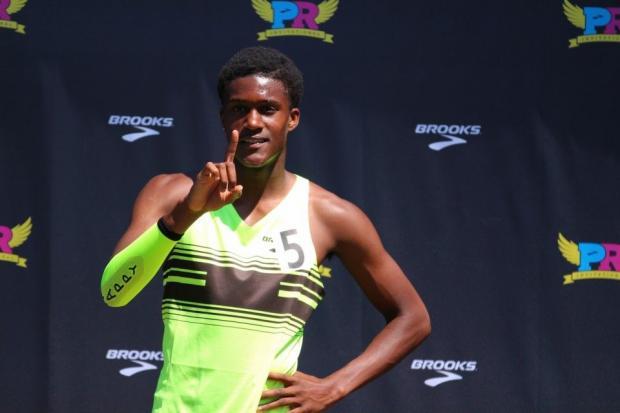 A week after running the fastest all-conditions time of his high school career (13.62), Damion Thomas was one of the favorites to make Team USA for the World Youth Championships in the 110m hurdles. However, Thomas injured his hamstring in the prelims and didn't advance to Wednesday's final. He had this to say about his injury and the experience.

"I had a minor hamstring strain in the race. I will be starting rehab when i get back to Florida. This will only make me stronger and go Team USA. I have faith that Symone Mason will bring a gold back to the state of Florida. It was a great experience. I really enjoyed competing with the best athletes in the country."

This marks the end of an impressive sophomore season, which saw Thomas take home the 4A state title in the 110m hurdles and break the 15 year old age group record. He sums up the season as the best of his career.

"This is the best in my young track career. I have accomplished all but one goal this year.God knows best and this only increases my faith."