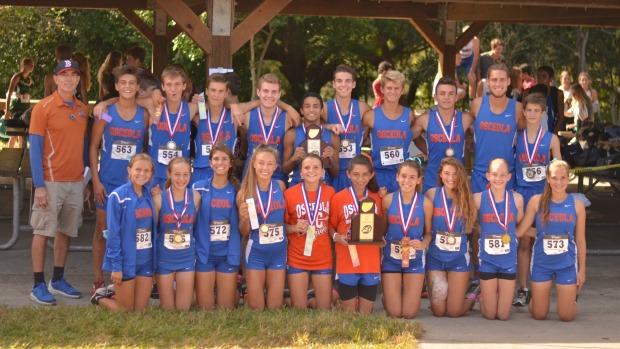 The girls went off first and it was the same leaders from PCAC with Clearwater's Jordyn Avers just in front of East Lake's Jennifer Lima and Osceola's Emma Grantges in a close third. Avers pulled Lima around Eagle Lake twice, separating on the second loop to finish comfortably in first at 18:53.1, knocking more than four seconds off her PR time from a week ago. Lima came in at 18:58.9, her first trip under 19 minutes in her career. Grantges took third in 19:22.2, knocking more than four seconds off her mark from PCAC. 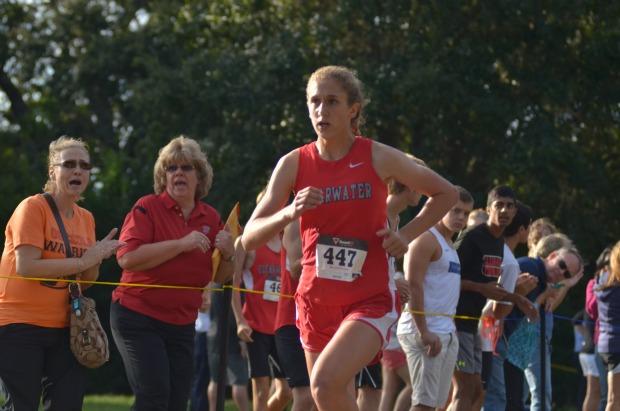 "I was just trying to be as close to the top as possible," Avers said. "My coaches said to try and do the same thing I did last week."

Avers did just that but even faster this week. The top three girls have a great rivalry going that pushes all of them to faster times.

"I'm excited even to race at regionals with them (Avers and Grantges)," Lima said.

Next for Osceola was Fatima Abu-Rumman in sixth at 20:33.1. Osceola coach Peter Eagleson said that big finishes from his freshmen Drew Safko and Meghan Gregoire were critical in notching the team win. The Osceola girls won it with 36 to East Lake's 51 and Clearwater was third with 61, Brenna Delong taking fourth in 20:09.1 for the Tornadoes. Also qualifying were Venice and Palmetto. 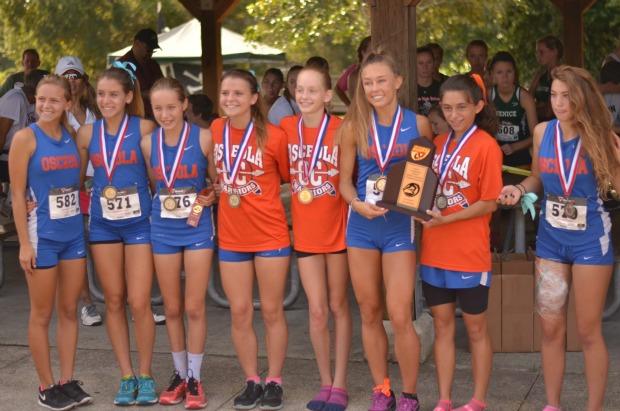 On the boys side, back-to-back PCAC champ got out into the lead, once again with Largo's Christian Kondor but this time Clearwater's Sean Heera was in the mix. Heera is still coming back from a calf injury but took an early lead and held it leading into the final straightaway with Jimenez on his heels. Jimenez kicked out with the same ferocity he won PCAC with and clipped Heera with just 20m to go winning it in 16:32.9. Heera was a close second at 16:35.9 and in his first race back from the calf injury, set a new PR.

"It feels great, I really surprised myself today," Jimenez said. "I knew this one would be like PCAC but this time there were three of us out in front." 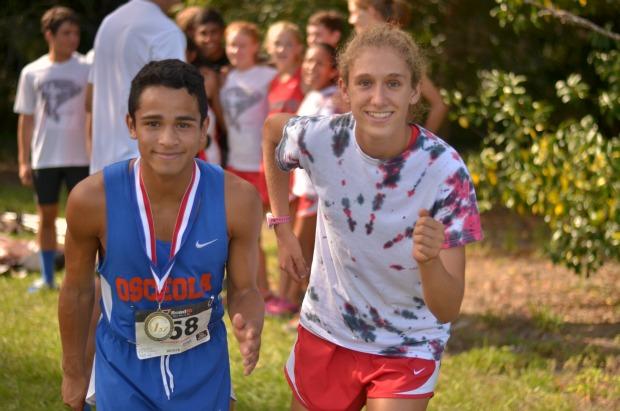 PCAC runner up, Christian Kondor of Largo took third in 16:46.7 and East Lake's Caleb Lewis took fourth in 17:04.4. John Cautero took seventh for Osceola in 17:14.3 and senior Brian Cochran was not far behind him in eighth at 17:18.1. Eagleson said he needed a couple low 17-minute times to clip East Lake who won the PCAC title and he got it from both Cochran and from Elan Kestenis (11th in 17:28.3). The Osceola boys edged East Lake 42-57 with Largo in third with 86. Palmetto and Venice took fourth and fifth, respectively and qualified for regionals.