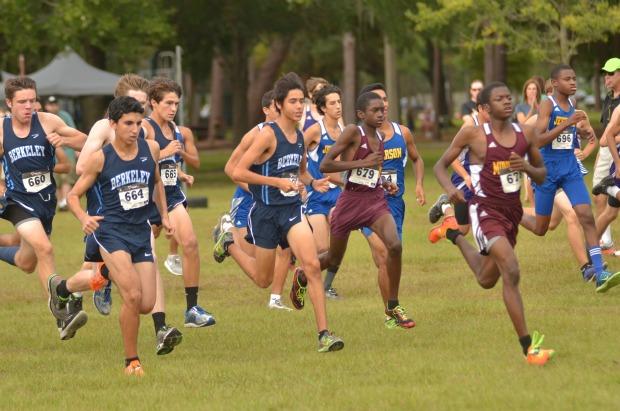 The athletes from Class 2A District 10 set off on the same course they ran in just nine days ago at Al Lopez Park in Tampa. Winners from 2014 held serve but just barely. The Berkeley Prep boys won it with 34 to runner up Jefferson with 35. Spoto also qualified for regionals with 94. It made it back-to-back titles for the Buc boys. On the girls side, Academy of the Holy Names made it their third straight title, scoring 23 to runner up Berkeley with 42. Tampa Catholic got the final qualifying spot, edging Spoto 86-87.

Jaguar top runner Greta Dieck made it a no contest race after getting out in front early and barely relinquishing a second all the way through the tape at 20:53.2. Teammates Alexa Fredericks and Emma Zazzero took third (21:19.9) and fourth (21:33.6), respectively. Dieck moved up from second at the district meet a year ago and took the title on Thursday.

"I pushed the pace faster in the first two miles," Dieck said. "Last year I was disappointed because I was so close, this year it feels a lot better."

The Jaguars might have gone 1, 2, 3 if not for a late charge from Berkeley's Caroline Brown, taking both Jaguar runners in the last half mile to finish second in 21:09.5. The Jaguar girls are a young squad with their top six runners all being underclassmen. Dieck is just a freshman and Fredericks is just a seventh-grader. 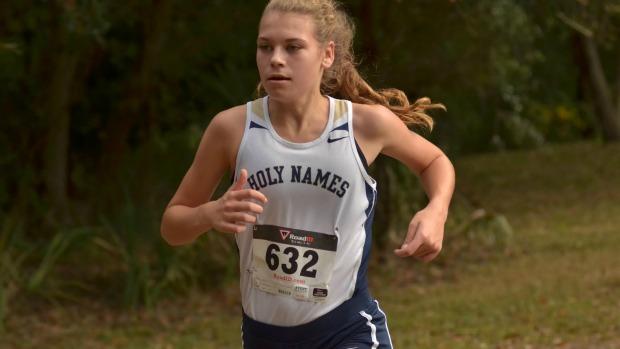 The boys race saw a similar, uncontested run by Middleton's Daniel Dean. Dean put a huge gap on a pack of Berkeley boys early and didn't look back, ringing up a 17:11.4, more than 50 seconds ahead of the field.

"Having my coach out there feeding me times keeps me from slowing down," Dean said. "Just because I'm in front, doesn't matter, I have to prepare for that next level." 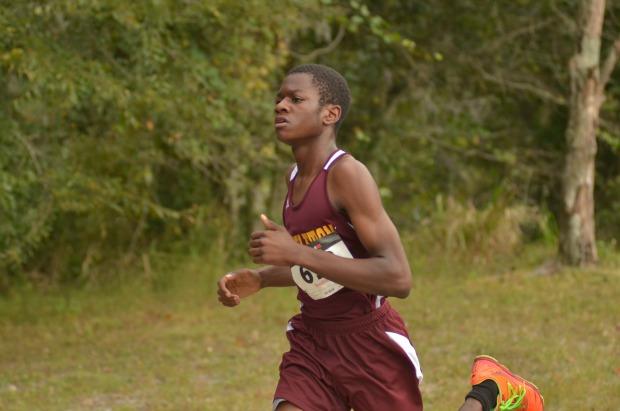 Coming in behind Dean was Berkeley's top runner Leonel Ochoa who has a 16:10 from early in the season but has been battling achilles tendinitis that's kept him out of competition. Ochoa just started running again a week ago but made regionals in a bid to save his junior campaign. 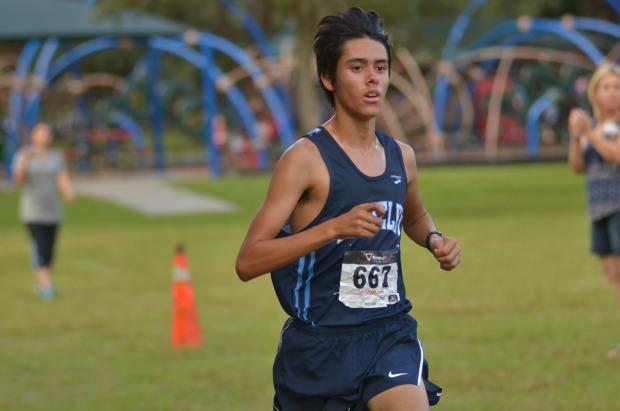 Jefferson was the big surprise of the day as the Dragon boys came within a point of Berkeley, led by Miguel Leon's PR time on 18:28.1. 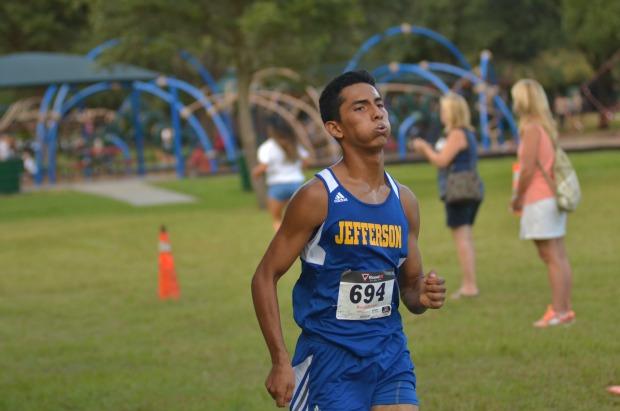 "Our goal was to come out here and possibly win this but we missed it by a point," Dragons coach Tina O'Neal said.