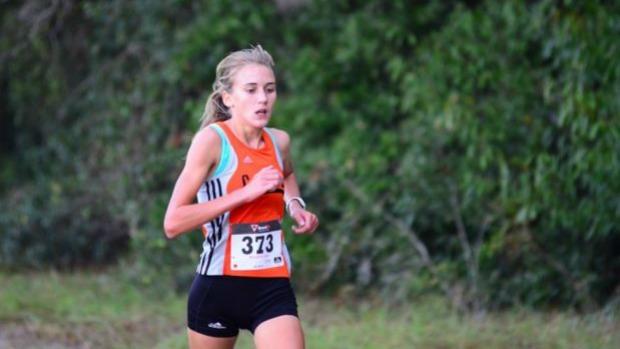 The 1-2 punch of Blake Lowery and Logan Locascio guided Gainesville to to the regional team title while Leesburg's Kara Funke and the Seabreeze girls found themselves victorious as well at 3A-2. Ricky Quintana recaps all the action!

Leesburg's Kara Funke was never headed and sped to a 25 second victory winning in a time of 18:34.50- a new course record eclipsing the 18:46.80 run by Leigh Torino at this year's Florida Horse Park Invitational.

" Today as pretty good," said Funke. " I was trying to focus on getting a PR and getting ready for next week at states."

Funke reached the mile in 5:53 and by two miles had a 19 second lead in route to the win.

The Sandcrabs were runner-ups the past two years to Vanguard-66 behind the Knights in 2014 and a mere 1 point behind in 2013. 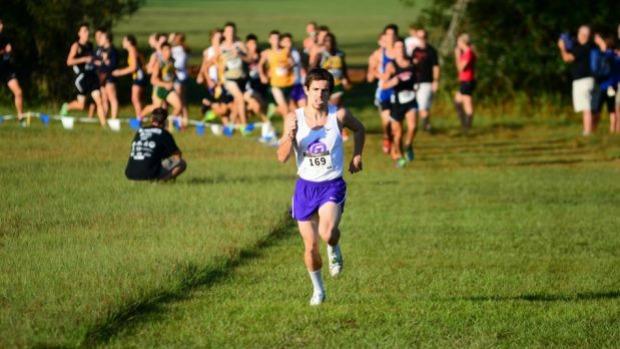 Gainesville HS last had their full team together six weeks ago at the Mountain Dew Invitational. There, they finished fourth and the were the second best 3A team in the field behind juggernaut Belen. Since then, injuries, sickness and some savvy coaching decisions by Hurricanes Head Coach Curtis Cooper had kept their line-up at less than full strength.

So Saturday morning, Curtis Cooper greeted me at the halfmiletiming.com trailer with a big grin on his face. " We're ready," he said.

And boy were they.

Led by senior Blake Lowery, junior Logan Locascio and junior Eliot Chalfin-Smith's 1-2- 4 finish, the Canes were able to defeat defending champion Ocala Vanguard by a scant three points 53-56 despite their fifth runner, Aaron Deese in 17th with a time of 16:59.50, coming in ahead of Hurricane fifth runner, Nicholas Schrod, who finished 29th in 17:31.90.

"It's an awesome day," said Hurricanes Head Coach Curtis Cooper who himself finished 9th at the 1981 FHSAA 3A State Championships in a time of 15:20.2 for three miles running for Buchholz under legendary Coach Bob Hans. "it was kind of a sleeper situation today. Nobody was expecting it. I knew that they had it in them."

For the Canes, the improvement has been monumental under Cooper. In 2011, the Canes didn't make it to Regions finishing 9th in their District and in 2012 3A Region 1 "Region of Death," they finished 15th. But a move to Region 2 in 2013 has seen them take fourth, fifth and now first.

Vanguard went 5-10-11-15 and 17 to score their 56 as Joey Fitzpatrick, coming off a bout with mono, cut 38 seconds off his District time to keep the Knights in the hunt.

Individually, Blake Lowery of Gainesville High hit splits of 4:50 and 10 flat on his way to a new course record of 15:42.80. The previous course record of 16:01.67 was set by Joey Fitzpatrick at last seasons Florida Horse Park Invitational.

"That was a big personal record for me. I'm excited about that," Lowery said afterwards. "I may have went out a bit too fast [4 minutes and 50 seconds at the mile], but I guess you can say that it paid off and worked."