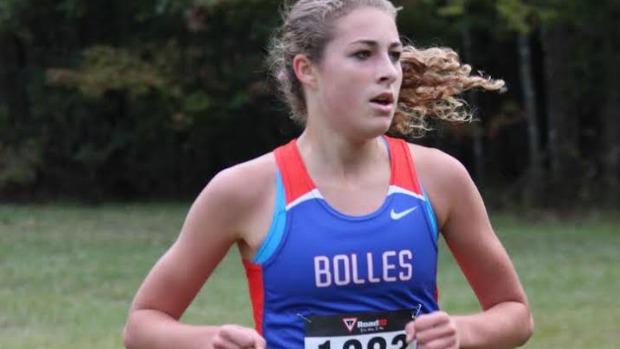 Saint Augustine Resident, Mackenzie Wilson has been running varsity cross country and track since the 6th grade. She found her passion while attending the Geneva School in Winter Park under Coach Bill Ledbetter. She has spent the last four years at The Bolles School under Coach Tony Ryan. Wilson has been on the podium since 7th grade, and has been one of Florida's consistent competitive runners for the past seven years.

It is no surprise her first letter of interest from a University came at the end of her 7th grade track season, when she finished second at the state meet in the 3200 to Kathryn Fluehr. So thinking about College has been something Wilson has been considering long before her senior year. 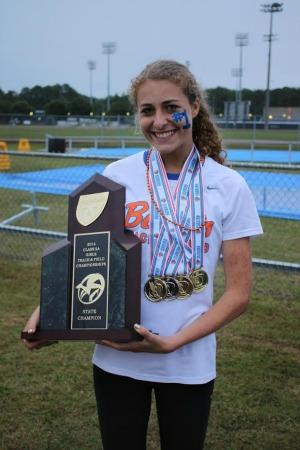 With the encouragement of her parents, Wilson started unofficial visits and going to camps her sophomore and junior year of high school. She investigated colleges with both strong academic and D1 athletic programs. Looking at both, large universities and small colleges, she always put academics high on her list.

"I have loved running in Florida, and I have met my best friends through running. When I began to receive letters and talk to coaches my parents ruled out the west coast, because it was too far from home. My furthest visit west was Texas. I looked at FSU and Florida in the summer and visited SMU, Wake, UNC, and Davidson. It was not an easy decision, you get to know coaches and girls on the team and you like them, but in the end Northwestern University stood out. It has an excellent academic reputation and I loved the area." Although Northwestern had a coaching change occur during her recruiting process, the switch only made Wilson more excited. Northwestern alum, 'A Havahla Haynes, was appointed as head coach the first of July after their previous coach retired. Haynes returned to Evanston after five seasons at the University of New Mexico. She was the Associate Head Coach of both the cross country and track & field programs. In 2014, she helped lead the Lobos to a third-place finish at the NCAA Division I Women's Cross Country Championships.

"I took an unofficial visit in the summer and then had an official at the end of October. Coach Hav has a record for building a strong program as well as an understanding of the academic demands of a school like Northwestern. I am excited to be a part of her first NU recruiting class. The university provides excellent athletic and academic support for the athletes and I really liked the girls on the team, it was atmosphere of encouragement and motivation while working hard."