Nothing has been able to stop the Miami Northwestern Bulls, not for the last eight years. The Bulls made it their eighth straight and their 13th overall championship over the weekend at IMG Academy in Bradenton. It was not even close. The Bulls amassed 157 points over Friday and Saturday. Runner up Northeast came in at 43.50. The Bulls don't just do it with a handful of athletes. They have range across multiple events and seem to reload every season. Ok, so maybe they do have some of those elite, multi-event athletes. Senior Timetria Mitchell is one of them. Mitchell won the 100m hurdles in 14.32 and second in the 300m hurdles behind De'Andreah Young's 41.85. Charlease Rodgers took fourth in the 300m hurdle finals as well. Ariayanna Val took fourth in the 100m hurdles at 14.72.

Twanisha Terry won the 100m final in 11.72 and into a slight headwind. Terry also won the 200m final in 24.29 with teammate Taranique Alexander in fourth. They won the 4x100m going 46.37 with Alexander, Terry, Mitchell and Ulani Toussaint. Northeast actually got out in front of Northwestern early in the 4x400m final and the Bulls could not run down Chyna-Joi Staton, Danish Woodside, Jan'Taijah Ford and Takiyah Johnson. Ford, just a freshman, won the open 400m in 54.01.

Watch out for a pair of freshmen from Tampa. Armwood's Ani Wells and Gaither's LaSarah Hargrove are a pair of rising stars not just in Tampa but in the state. Wells ran a 12.12 and Hargrove a 12.15 to take second an third in the 100m finals. Hargrove came back and took fifth in the 200m. 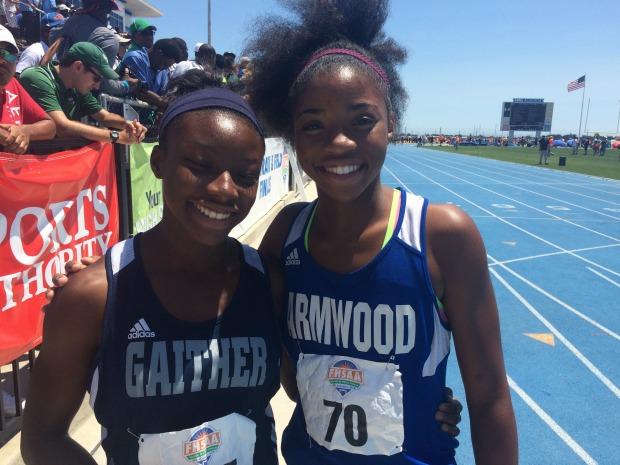 Top seeded Brandon Cachon of Barron Collier won his signature event, the open 400m in 47.74 but got a stout challenge from Hillsborough's Duran Bell, in at 47.83. Cachon came back and took second behind Mainland's Adrian Killins in the 200m final, 21.31 to 21.70 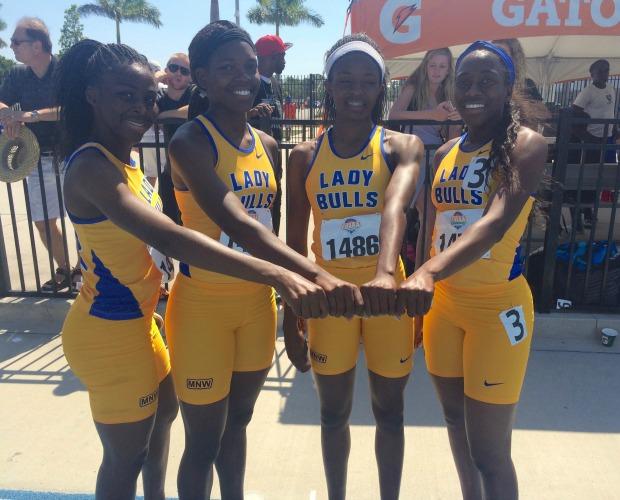 For the Bulls, it neither started nor finished with the sprinters.

Jumpers Briana Eskridge and Alexander were racking up points on Friday, before running finals even began. Eskridge won the high jump on Friday, clearing 5-8, matching her personal best.

"I just try to visualize clearing it," Eskridge said. "I was clear (of 5-8) but I was dragging my legs, so on that last jump I had to focus and fly." 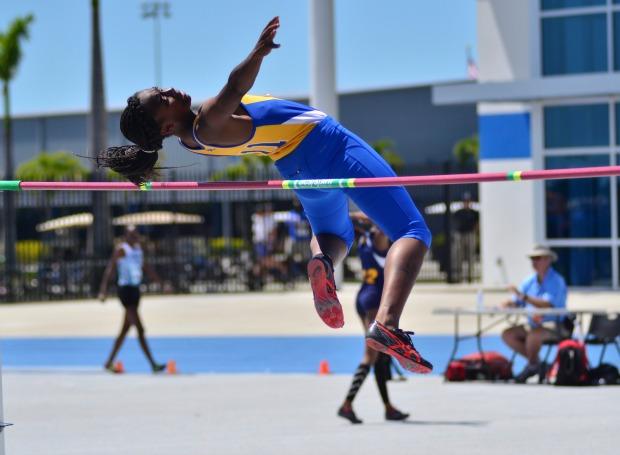 It would only be the beginning of Eskridge's and the other Northwestern jumpers' weekends. Taranique and Eskridge took second an third in long jump behind Darlene Charles of Golden Gate's 20-0.5.

"In the prelims, I broke my jump phases down, then for the finals I adjusted and it made a big difference," Alexander said. ' 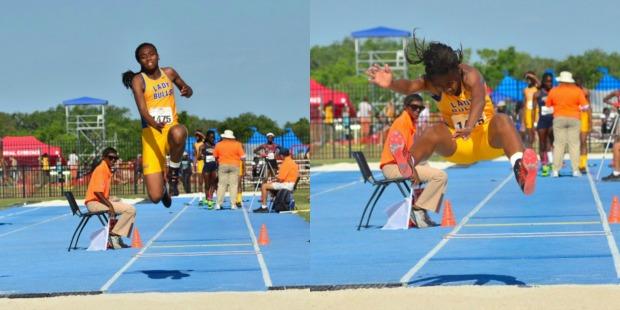 The Bulls weren't as dominant in the throws as they have been in recent years but Kaylah Clark mopped up some points, taking third in the shot and sixth in disc.

Speaking of throws, throws are what helped seal the team title for Tallahassee Chiles. Chiles swept both the boys and girls titles at the IMG Academy's pre state meet and those same male throwers scored the big points that pushed Chiles (43) past Barron Collier (36). 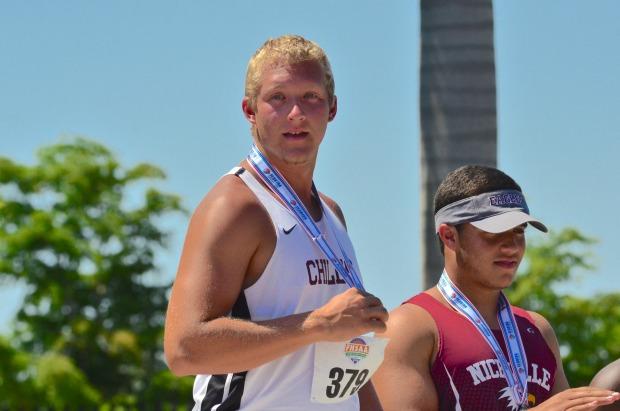 Cole Upthegrove bested top seeded Jarez Parks of Sebastian River as he went 57-7.25. The mark is just off Upthegrove's season best of 58-8.25, the third-best mark in Florida this season. Upthegrove took third in the discus at 164-2, just behind teammate Jordan Poole's runner up 164-3. James Hansen took eighth with a throw of 148-0. Parks won the tile at 182-4. The Chiles throwers gave their head coach Scott Browning, also their football coach, a gatorade bath after they hosted their Class 3A state title trophy. 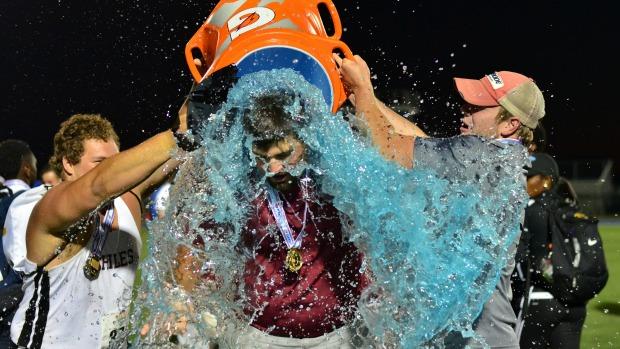 Naples senior Sherry Lubin went 45-10.5 to win girls shot and 132-0 to take second in disc behind South Lake Jessy Page's 136-7. Lubin hit her winning mark on her third preliminary throw and it was a personal record.

"I knew that was the throw, I felt it," Lubin said.

Lubin is undecided as to where she wants to throw in college, although she has offers from FSU, Miami and Jacksonville but she wants to take some official visits before she decides. 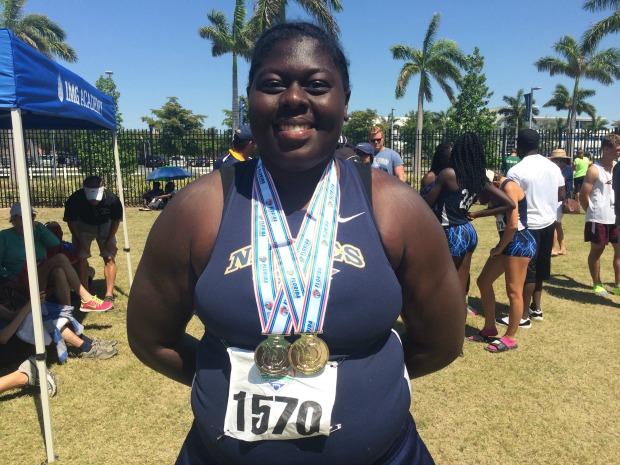 Friday's running finals saw seventh-grader Jinah Mickens-Malik take the 3A title in the 800m, going 2:13.80. Niceville's Alexis Sherwin and Fort Walton's Brooke Crane were not far behind at 2:14.00 and 2:14.55, respectively.

Belleview's Andrew Stepp and Lincoln's Raekwon Archer duked it out in the triple jump with Stepp winning it by an inch at 47-1. 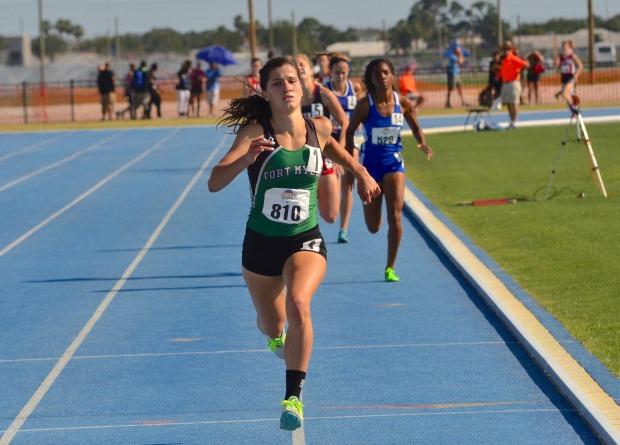 Three girls tied at 11-0 in the pole vault. Samantha Stelmaszek won it because she cleared 11 on the first try. Freshman Natalie Jen of Charlotte took just one more try at 11 but had one less try overall than Dunedin's Olivia Welsh as Welsh settled into third. On the boys side, Cole Colozzo cleared 15-0 to win it, then the next five competitors all cleared 14-6. River Ridge's Garrett Jerothe had the fewest (none) scratches so he took home the second-place medal.