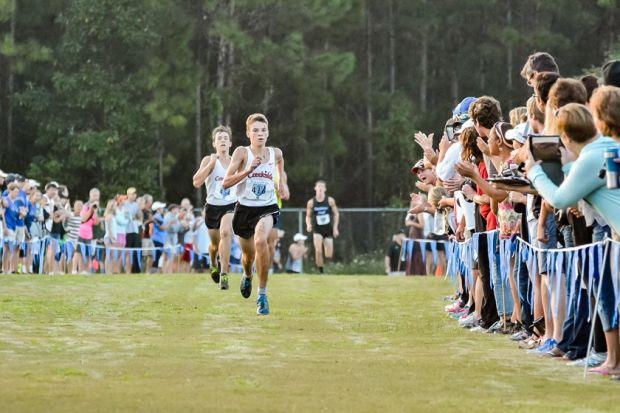 Although tropical storm Hermine might have postponed the races, cross country action is again set for Monday, September 5th as Bartram Trail High School hosts the Bale-n-Trail Cross Country Original. North Florida correspondent Jacob Fuller will be on-site with video coverage, results, and a recap of all the action while Chris Tucker will have hundreds of photos!

On the boy's side, Mathew Clark of Creekside will be looking toward the front of the pack. After an impressive cross country season last year breaking 16 minutes twice in the season as well as winning the FHSAA 3A District 4 Championship, Clark has the potential to open strong during this early season competition.

He should expect to be challenged by a group capable of breaking 16 minutes for 5k including Trevor Kattenberg from Satellite, Jacob McLeod of Trinity Christian, Calum McFetridge from Buchholz, Matthew Cashin from Leon, and Nathan Jubran of Bishop Kenny.

Creekside is favored to win again this year. The duo of Clark and Joseph Storey placed 1st and 2nd at last year's race so lookout for the two men pushing each other in the front. Creekside opened at the Spikes and Spurs Classic last weekend finishing with a fourth place finish behind Bolles who won the opener.

Expect some big moves during the race as the Satellite Scorpions who beat a powerhouse Belen Jesuit program last week, and the Bolles Bulldogs who are close enough to 2015 3A state champion Creekside in score to warrant a competitive and exciting race. 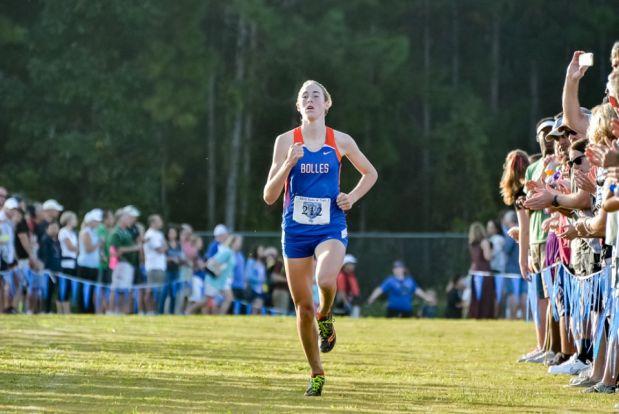 On the girl's side after opening and winning the Spikes and Spurs Classic last weekend, junior Caitlin Collier of Bolles is favored to overtake last year's champion from Fletcher Kayley Delay. Ponte Vedra's Claire Moritz who was the champion last weekend at the Ridgeview Bob Hans Invitational is seeded third.

These three women rank closely making for a tight race where any of these girls could push through with the win. Collier finished 1st last season at both the FHSAA 2A District 4 and Region 1 meets, fell inches short of a 2A title, and concluded with an impressive showing at the Nike Cross Nationals Southeast Regional meet placing 7th with a time of 17:41. Collier, is coming off a stellar track season where she swept the 800, 1,600, and 3,200 and saw success at postseason meets across the country. 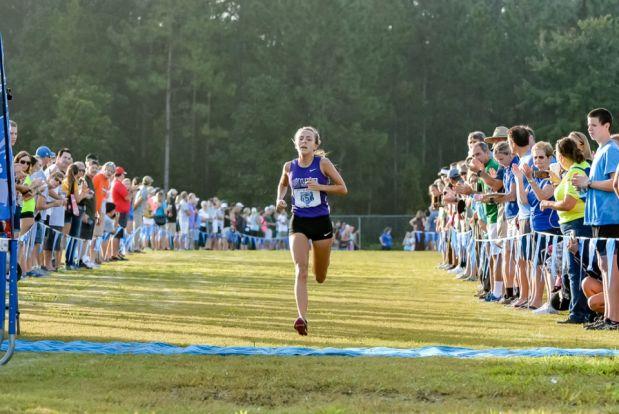 Kayley doesn't lose often though, after winning the first four meets of her season last year Kayley Delay also won the Gateway Conference XC Championship and FHSAA D4A District 1 making for a quality season in 2015 where she ran under 18 three separate times. Bale-n-Trail looks to be Delay's season opener again this year.

Adding women all with the potential to run under 19 minutes such as Ally Hajda and Rachel Shapiro of Bolles, as well as Lauren Stanford of Bartram Trail to the mix will make for exciting moves and a decently sized pack of women all running quick near the front. The Bolles women are expected to finish first again this year with four women in the top ten and are in control of their own destiny for their 5th straight 2A state championship.