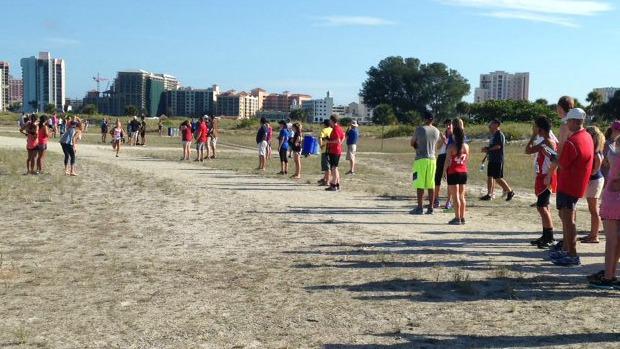 One of the more fun and unique cross country courses of the 2016 season was laid out by host Clearwater High School at Sand Key Park, just over the bridge from world famous Clearwater Beach. The course made two loops starting on the packed sand high up the beach, turning left into back trails where runners encountered the powdery sand that Clearwater Beach is known for and a formidable hill. The second loop hit the hill and sand again and vectored sightly away from the starting chute into the final stretch. 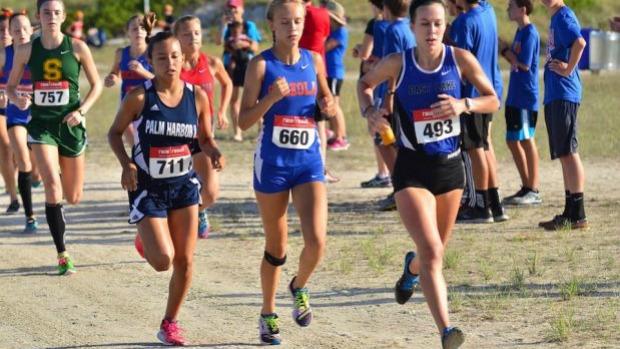 The girls race went off first. The pack stayed tight with East Lake's Jen Lima setting the early pace. Runners banked left into the back trails and emerged near the 1.5-mile mark with Lima holding a five-second lead on Osceola freshman Taylor Stone. Stone was 15 seconds ahead of Tampa Prep's Josie Garba with Shorecrest's Olivia Rovin and East Lake's Parker Valby putting on pressure.

Coming out of the back trails the second time for the final 400 meters, Lima had opened up an irrevocable lead and crossed the finish line in 20:06.00, more than 30 seconds in front of the next runner and setting a new meet record. That next runner was the freshman Stone, who ran a 20:39.30 on a slow, sandy course.

Down the stretch, Garba was just a few strides in front of Rovin but the taller, longer-legged Rovin just out-kicked her for a third-place finish in 21:01.30 with Garba in fourth at 21:01.60. 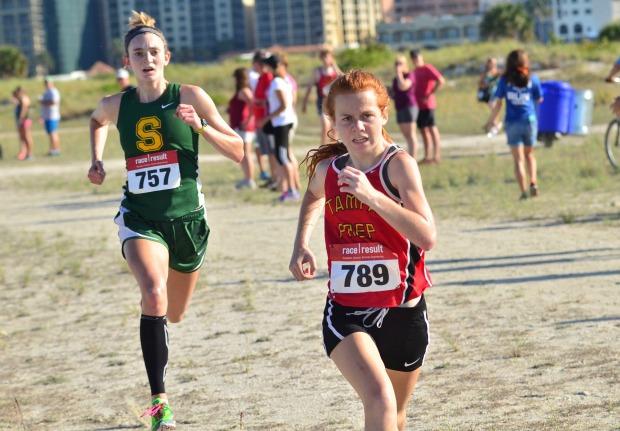 "My legs have been so tired after running two races in a week's time. Today was the first day my legs felt decent," Garba said. "I didn't even know she (Rovin) was behind me until I heard everyone yelling. She's a strong kicker and she got me. It's always great to run against Olivia."

It only evened the score as Garba won the smaller Indian Rocks Christian meet over Rovin earlier in the week.

Team-wise, Osceola was dominant, lead runner Stone taking second and then Olivia Dorsky and Drew Safko took seventh and eighth. The Warriors pushed their top five runners into the top 12 overall times, Kiley Coleman rounding out the scoring in 12th place. The Warriors took the title with 35 to host Clearwater's 95. East Lake was a close third with 102. 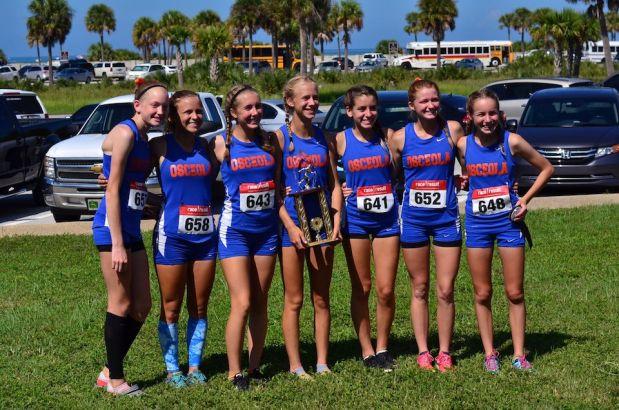 On the boys side, pint-sized Cooper "Mini Cooper" LaBrant set the pace in front of towering runners through the starting area and around into the back trails. Coming around back onto the beach, near the 1.5-mile mark, LaBrant had seven seconds on defending champ Sean Heera of Clearwater. Close behind Heera was East Lake's James Hasell and Gulf's John Jessup. 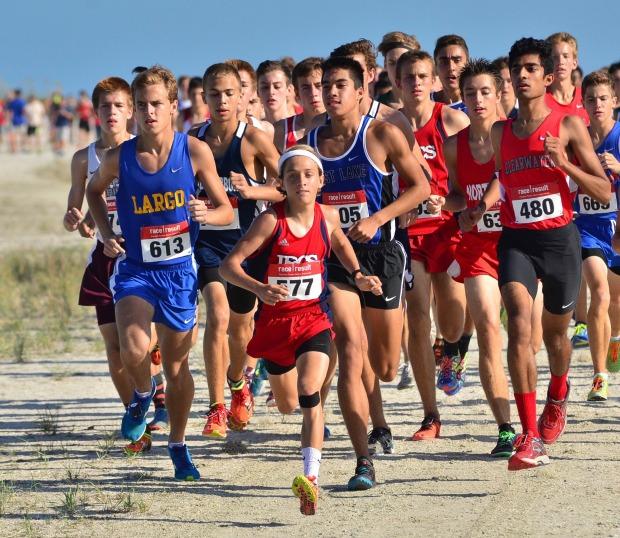 Coming out of the back trails for the last 400 meters, LaBrant had made a big move leaving no other runners in striking distance. LaBrant came in at 17:18.20. Moving into second and saving just enough steps to get to the finish line was Hasell at 17:34.20. Not far behind Hasell was Jessup at 17:39. Largo's Christian Kondor grabbed fourth in 18:06.10.

"My plan was to start conservatively and to slowly reel in the top guys and then kick it in right behind Sean (Heera)," Hasell said. "When I passed Sean I just focused and ran my race."

The East Lake boys made it less close than expected, topping Osceola for the team title 59-80. The Eagle runners moved up several spots as their top five runners all took down other runners down the stretch.

"There was an Osceola kid in front of me the whole time but I caught him at the end," number five runner Luke Siegel of East Lake said. "We knew we would have to beat Osceola to win and I just pushed until the end. I knew it would be good if I passed him." 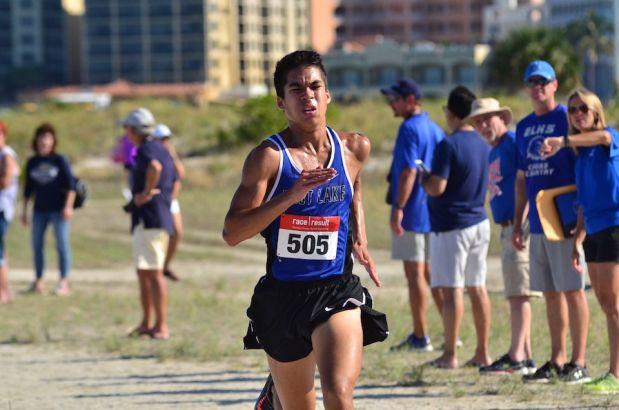 "Wyers stepped up big-time today," Smith said. "All of the kids out-sprinted someone in the last 50 meters." 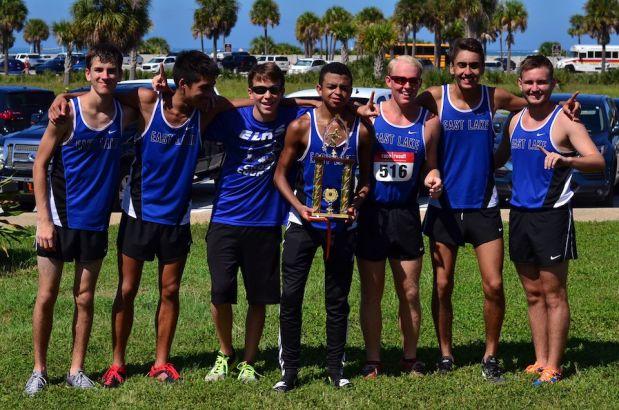 Smith said that closing speed was largely due to the workouts that assistant coach Lora Lewis put the team through during the week and the Eagles were happy to at least split the team titles with rival Osceola. The Warriors swept both the boys and the girls JV team and individual titles as sophomore Camden George won the boys title and senior Sammi Corsini won the girls JV race, just in front of freshman Amanda Evans.